Arab and Muslim leaders have long said one thing to the West and the opposite to their own people. 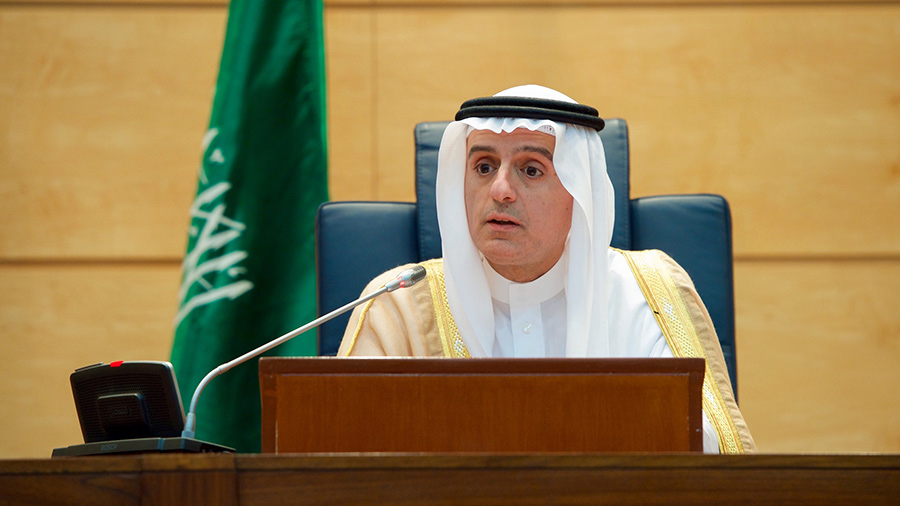 Trusting Saudi Arabia to combat terrorists and extremists and “drive them out,” as President Trump called on the kingdom and other Arab and Muslim nations to do in his Riyadh speech, is akin to forging an alliance with the Ku Klux Klan to combat racism and anti-Semitism. Saudi Arabia has for years promoted the very evil they now “commit” to fighting through a newly established Global Center for Combating Extremist Ideology. Never forget that 15 of the 9-11 hijackers were citizens of Saudi Arabia.

President Trump’s speech was written by Westerners, delivered by a westerner and based on a faulty western premise, namely, that radical Muslims can be persuaded to abandon their goal of establishing a worldwide caliphate. It is a central theological principle of Wahhabism, an austere form of Islam based on a literal interpretation of the Koran, which Saudi Arabia has for years promoted in children’s textbooks, in mosques and through its media.

No reporter asked the central question that should have been put to Saudi Foreign Minister Adel al-Jubeir during his press availability with Secretary of State Rex Tillerson: Since Saudi Arabia’s domestic and foreign policy is based on a theological worldview, have those views changed and if so, how did that “revelation” come to you?

Arab and Muslim leaders have long said one thing to the West and the opposite to their own people. This is not “breaking news.” The surprise is that Westerners continue to fall for it.

Duplicity and the Saudis

One indication the Saudis might be engaging in duplicity that is common practice throughout the Middle East comes in a Washington Post story. The Saudis, the newspaper says, helped block a Trump administration proposal to impose sanctions against a Saudi branch of ISIS: “The plan to add the Islamic State’s Saudi affiliate to a U.N. list of terrorist groups was quietly killed two weeks ago in a bureaucratic maneuver at the U.N. Security Council, records show. U.S. officials familiar with the move said the Saudis objected to the public acknowledgement of the existence of a separate Saudi offshoot of the terrorist group inside the kingdom.”

Here, a definition of duplicity may be helpful: “Deceitfulness in speech or conduct, as by speaking or acting in two different ways to different people concerning the same matter.” Arab and Muslim leaders have long said one thing to the West and the opposite to their own people. This is not “breaking news.” The surprise is that Westerners continue to fall for it.

President Trump’s speech was well delivered and he got some economic benefits from Saudi Arabia by signing a nearly $110 billion arms deal, effective immediately, plus another $350 billion over the next 10 years, which the president said would create thousands of new American jobs. All of that is good, but Saudi Arabia will stop promoting an ideology that encourages terrorism only if their god cancels the order for establishing a worldwide caliphate, the elimination of Israel and the vilification of Jews. This is what the secular West under several administrations has failed to grasp.

A policy forged in theology is not about to be changed by the urging of “infidels.”

Saudi Arabia will stop promoting an ideology that encourages terrorism only if their god cancels the order for establishing a worldwide caliphate, the elimination of Israel and the vilification of Jews.

It is an interesting metaphor in a desert land.

Speaking of Iran and its recent election, Jubeir said, “From our perspective, we judge Iran by its actions, not by its words.”

That’s a suitable standard by which to judge the words of Saudi leaders. Without a change in their theological worldview, however, I’m not buying it.