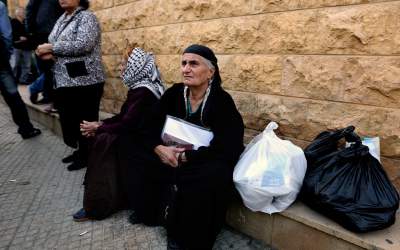 Slovakia says it will only accept Christian refugees once it takes in Syrians under an EU relocation scheme to rehouse 40,000 migrants currently in southern Europe.

The eastern European country will receive 200 people from the Middle East, its Interior ministry spokesman Ivan Metik said Muslims would not be accepted because they would not feel at home and there are no mosques to pray in.

The decision has been criticised by the EU and UN refugee agency (UNHCR), which has called on countries to take an “inclusive approach” to take in refugees.

The number of migrants entering the EU’s borders reached a record of 107,500 in July, most from Syria, Afghanistan and sub-Saharan Africa.

Mr Metik told the BBC: “We want to really help Europe with this migration wave but… we are only a transit country and the people don’t want to stay in Slovakia.

Read the article “Sanity in Slovakia: Christian Refugees Only, Please” on catholicherald.co.uk.