Accused shooter Francisco Sanchez was able to rack up seven felonies, and repeatedly slip back over the border. San Francisco's sanctuary policy makes it easier for guys like him. 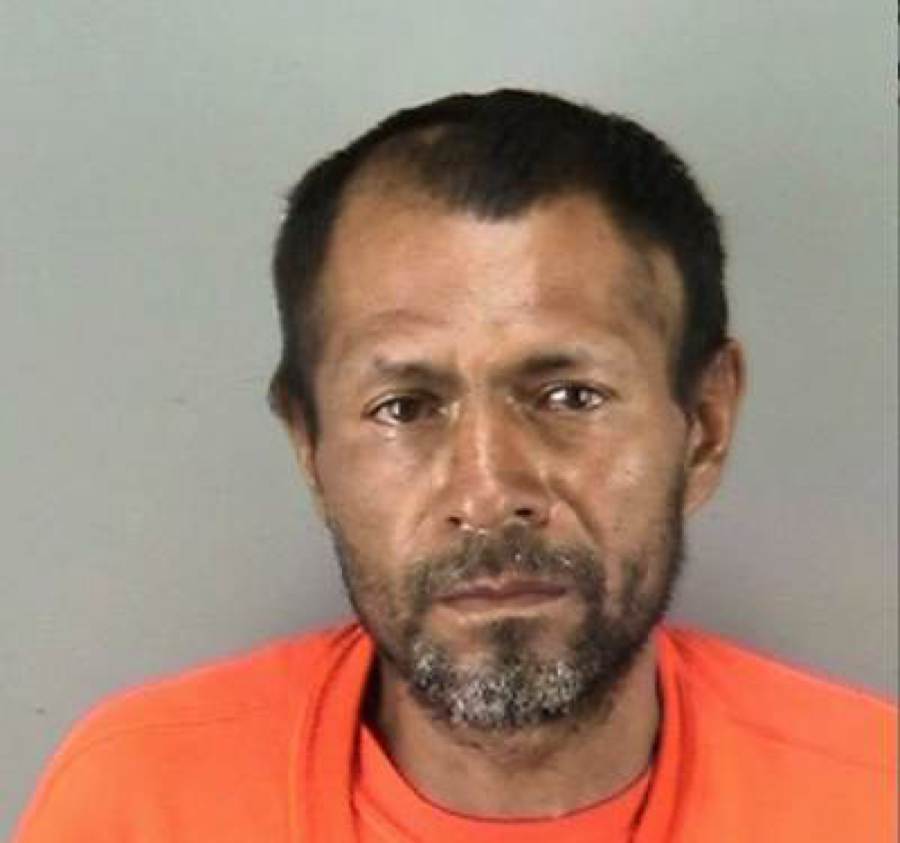 Francisco Sanchez, the illegal immigrant and felon deported five times, has confessed to the murder of Kathryn Steinle in the sanctuary city of San Francisco.

Did San Francisco’s sanctuary city ordinance contribute to the senseless shooting death of Kathryn Steinle, 32, as she was out for an evening stroll on Pier 14 last week?

This is a national story, because the federal government released accused shooter Francisco Sanchez to a San Francisco jail in March and the jail released Sanchez to the streets April 15 after the district attorney dropped a 20-year-old charge for marijuana possession. Sheriff Ross Mirkarimi said he did so in keeping with San Francisco’s sanctuary city policy.

Sanchez, 45, told San Francisco’s ABC7 that he did shoot Steinle: it was an accident. Sanchez had been convicted of seven felonies, four drug-related and deported to his native Mexico five times. He clearly believed he could break immigration and drug laws with impunity, and did.

He said he was aware of San Francisco’s sanctuary city policy.

When this story broke last week, one question nagged at me: Why would the feds release a career criminal on an old marijuana charge to San Francisco, instead of deporting him? If a thinking law enforcement official spent 30 seconds considering the notion, he or she would have thought better — with 28 seconds to spare.

You could bet money that District Attorney George Gascon would not pursue such a moldy two-penny case, and that the sheriff would release him. In a press release last year, Mirkarimi boasted that a revision he made to his department’s detainer policy “reduced the number of individuals released to ICE authorities by 62 percent. Only one other county in California had a policy of similar strength.”

Sunday on a San Francisco talk radio station, Mirkarimi said that he would have complied if U.S. Immigration and Customs Enforcement had issued a warrant, not just a detainer. Jessica Vaughan of the Center for Immigration Studies doesn’t understand why ICE dropped that ball, given San Francisco’s well-known reluctance to cooperate with immigration enforcement. Still, she added, even if Mirkarimi did not want to honor a detainer, “his officers should have been allowed to communicate with ICE.” The real problem, she added, is the fact City Hall is “more worried about a quote-unquote illegal alien being deported than they are about a violent act.”

In a statement, Mayor Ed Lee noted he talked to Steinle’s family and recalled his threat to veto “any legislation that completely eliminated the sheriff’s ability to make a case-by-case determination about honoring ICE detainers.” (For the record, Lee sent a letter to the supervisors in which he stipulated he wanted the sheriff to have discretion in cases involving individuals convicted of serious, violent felonies. Sanchez’s criminal history of drug and immigration violations would not qualify, if it had been written into law.) Lee also faulted Republicans in Congress for not passing Comprehensive Immigration Reform.

The real culprit in this story is the man who shot Kate Steinle for no apparent reason. Judging by his televised interview with ABC7, Sanchez is no criminal mastermind. Still, he was able to rack up seven felonies, and repeatedly slip back over the border. And San Francisco has a policy to make it even easier for guys like him.

Dr. Dobson’s Visit to the Border: An Open Letter