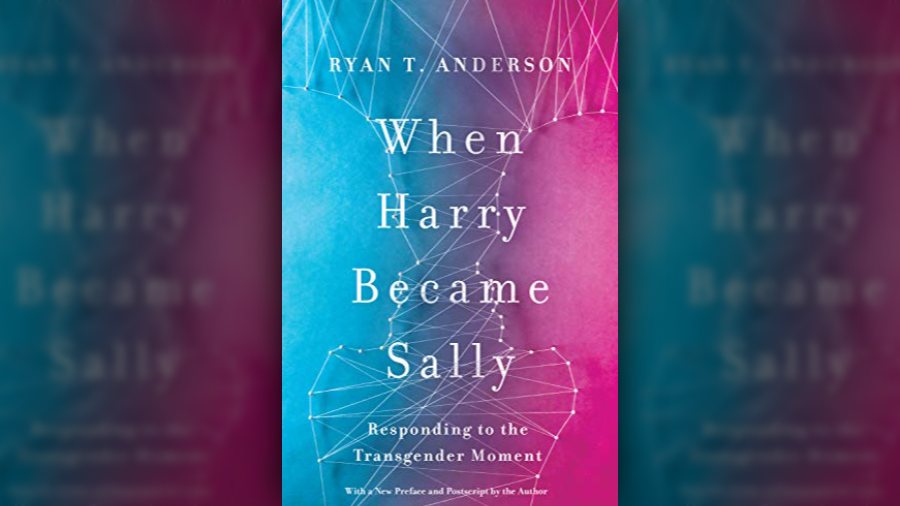 Amazon defended its decision to remove a book about transgender issues from its platform, claiming it frames “LGBTQ+ identity as a mental illness,” an assertion sharply disputed by the author.

Amazon sent a letter Thursday to Senate Republicans Marco Rubio of Florida, Mike Lee of Utah, Mike Braun of Indiana, and Josh Hawley of Missouri. The lawmakers had written last month to Amazon asking why When Harry Became Sally: Responding to the Transgender Moment by Ryan T. Anderson was no longer available for purchase on the platform.

“As to your specific question about When Harry Became Sally, we have chosen not to sell books that frame LGBTQ+ identity as a mental illness,” Amazon Vice President for Public Policy Brian Huseman wrote of the book, which borrows its title from that of the 1989 romantic comedy film When Harry Met Sally.

“The only problem here is that my book does no such thing. Nowhere have I ever said or framed LGBTQ+ identity as a mental illness,” said Anderson in a written statement to The Daily Signal.

The book also discusses the American Psychiatric Association’s classification of gender dysphoria in the most recent edition of its Diagnostic and Statistical Manual of Mental Disorders. Amazon, curiously, still sells that.

Amazon said that it provides “access to a variety of viewpoints, including books that some customers may find objectionable.” The letter goes on to say, “That said, we reserve the right not to sell certain content. All retailers make decisions about what selection they choose to offer, as do we.”

Amazon sold 53% of all books in the U.S. and 80% of all ebooks, according to The Wall Street Journal. As such, removing a book from Amazon’s platform would have a significant impact on sales and profits for the author.

Silencing Not Only Dissent, But One’s Own Experience

This isn’t the first time a Big Tech company has removed content from its platform. YouTube removed a Daily Signal video from Dr. Michelle Cretella, executive director of the American College of Pediatricians, “for violating YouTube’s policy on hate speech.”

Cretella made a point in the video that there’s no push to allow patients suffering from body integrity identity disorder to amputate limbs, yet there’s an influential movement for people to transition out of their biological gender.

YouTube also removed last year a Heritage Foundation video of a panel discussion that featured Walt Heyer, an author who transitioned and lived for eight years as a transgender woman before transitioning back.

“This is a childhood development disorder,” he said in reference to gender dysphoria in children.

The following is Anderson’s full statement on Amazon’s censoring of his book:

The phrase “mental illness” does occur in the book twice — but not in my own voice: once quoting a “transwoman” writing in The New York Times, and once quoting the current University Distinguished Service Professor of Psychiatry at Johns Hopkins.

The book also discusses the American Psychiatric Association’s classification of gender dysphoria in the most recent edition of its Diagnostic and Statistical Manual of Mental Disorders. Amazon, curiously, still sells that. Gender dysphoria is listed in the most widely respected and consulted book on psychiatric disorders because it is a serious condition that causes great suffering.

There is a debate, however, which Amazon is seeking to shut down, about how best to help patients who experience gender dysphoria. When Harry Became Sally is an important contribution, praised by medical experts, to that conversation. Amazon’s delisting of it cuts off vital political and cultural discussion about important matters when we need it most.

The timing of Amazon’s move is highly suspicious, coming the weekend before Congress voted on a radical transgender bill — the so-called “Equality Act” — of which I am one of the most outspoken critics. It seems that Amazon is using its massive power to distort the marketplace of ideas and is deceiving its own customers.

Steven Hall is a reporting intern for The Daily Signal and a member of the Young Leaders Program at The Heritage Foundation.