"What's the point?" said one person pressured to vote, "We already know the outcome. This is just a circus show." 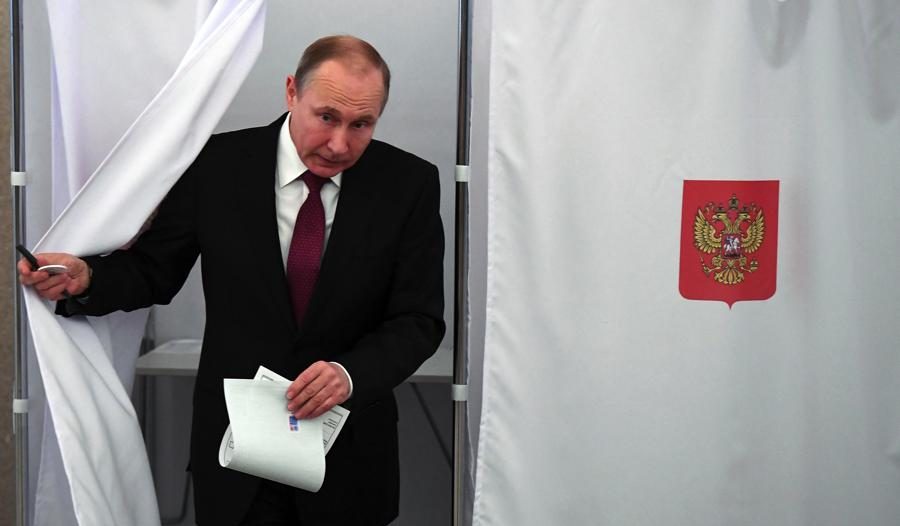 Russian President and Presidential candidate Vladimir Putin exits a polling booth as he prepares to cast his ballot during Russia's presidential election in Moscow, Russia, Sunday, March 18, 2018. Putin's victory in Russia's presidential election Sunday isn't in doubt. The only real question is whether voters will turn out in big enough numbers to hand him a convincing mandate for his fourth term — and many Russian workers are facing intense pressure to do so.

By NATALIYA VASILYEVA and ANGELA CHARLTON Published on March 18, 2018 •

This article is available to read at the Associated Press Archive Link here: https://apnews.com/e5fe39460453405cb3b110abecfe0ce5/Russia-votes-to-hand-Vladimir-Putin-4th-presidential-term