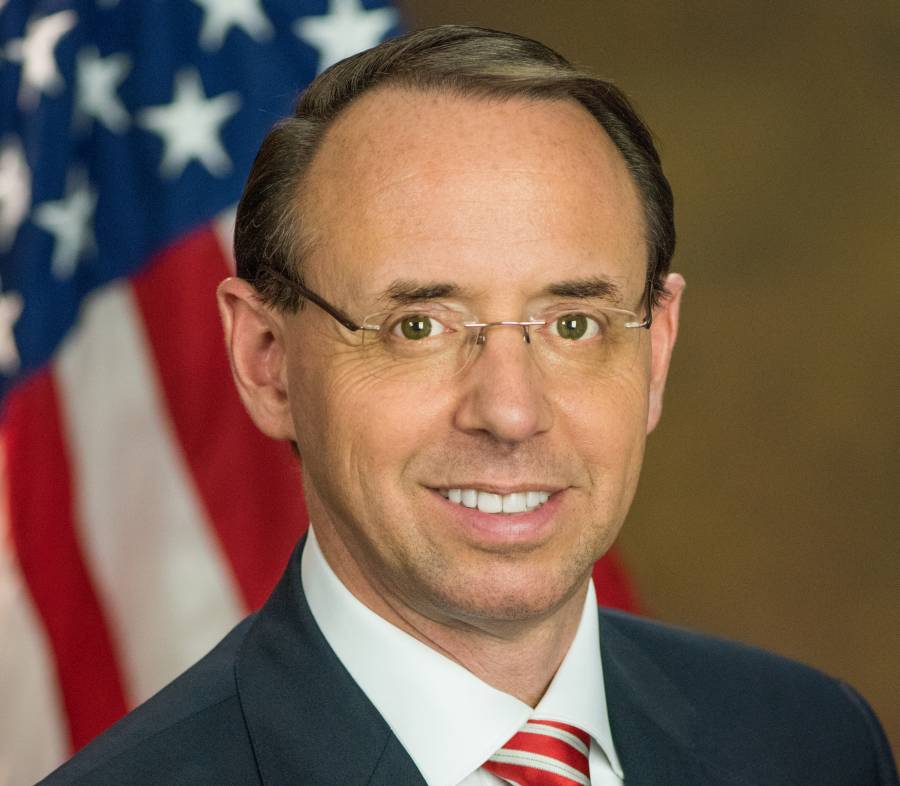 In breaking news, the long-awaited August 2, 2017, memo from then-deputy Attorney General Rod Rosenstein outlining the scope of the Mueller special counsel investigation has been declassified (well, partially), and it’s almost unimaginably bad. No wonder it was kept under wraps for so long.

We’ll have more to say about this on Monday, but for your weekend reading pleasure, Sean Davis at The Federalist brings the details to you.

Thanks to Sen. Lindsay Graham of South Carolina for his repeated requests that finally led to the document’s release to the Senate Judiciary Committee by the Justice Department. It shows Rosenstein essentially turned Mueller loose to look far beyond whatever dealings with Russia his targets might or might not have had.

In other words, the scope was pretty much unlimited. Mueller was tasked with investigating “1) any links and/or coordination between the Russian government and individuals associated with the campaign of President Donald Trump, and 2) any matters that arose or may arise directly from that investigation.”

“The legal foundation for Mueller’s appointment is crumbling,” Graham said Wednesday night. “I supported the Mueller investigation because I didn’t know [that there was no foundation]. Now I know why Mueller didn’t find anything.” It’s true that Mueller’s team never did find any evidence to link any associate of the Trump campaign with Russia’s election interference. Of course he didn’t -— there was never any legitimate reason to be looking at that in the first place.

To provide his “foundation” and justify the authorization of a special counsel, Rosenstein pulled from the bogus Christopher Steele “dossier.” The dossier had been funded, through sneaky channels, by the Hillary Clinton campaign and the DNC (same thing), including unsupported claims about Paul Manafort and Carter Page. This was after the “7th Floor” at the FBI knew the problems with the “dossier” and with Steele as a source. Inescapable conclusion: They didn’t give a flying fig about whether the junk “dossier” was true as long as it gave them a pretense to go after the President.

Rosenstein ordered Mueller to investigate allegations that Page “committed a crime or crimes by colluding with Russian government officials with respect to the Russian government’s efforts to interfere with the 2016 election.” Keep in mind, by this time they had already been spying on him for months and had found nothing to justify this. As you know, there has never been any evidence that Page was working with Russia, and he has never been charged with anything at all. (In fact, it was discovered he was actually assisting the CIA in nabbing Russians.)

Rosenstein’s memo casts a wide net; it includes not only Page and Manafort but also Michael Flynn, George Papadopoulos and one other mystery person whose name is still redacted. (We don’t know for sure, but does anyone think it isn’t President Trump? Who else would still have his name redacted?)

Rosenstein targeted Flynn for activities that, though perfectly appropriate for an incoming national security adviser, could be tied, however ludicrously, to the Logan Act. The Logan Act dates from 1799 and under which no one has ever been successfully prosecuted. He also targeted Papadopoulos, alleging that he was a secret, unregistered foreign agent of…not Russia, but Israel.

As Sean Davis reports, what is now evident from this memo is that Rep. Davin Nunes of California was correct when he said Rosenstein had used the fictitious Steele “dossier” to justify and direct Mueller’s special counsel probe. What do you know — Nunes turns out to be right again!

This incredible overreach should be an embarrassment to the FBI. Again, we’ll have much more Monday. In the meantime, here’s some solid reporting from Gregg Re at FOX NEWS, who says the memo “makes clear that Rosenstein didn’t hesitate to explicitly authorize a deep-dive criminal probe into the Trump team that extended well beyond Russian interference efforts.”

“Collusion is not a U.S. crime,” Re explains, “meaning Mueller had a broad mandate to investigate essentially any foreign involvement by these officials in search of some criminal activity. In other words, a fishing expedition. They were going in search of crimes. Contrast this with the way Hillary and her Bleachbit-happy campaign people were treated.
There’s still a giant block of copy in the memo that remains redacted. According to Re, “speculation has swirled” about whether it has to do with investigating President Trump. (Remember, one of the names of the people to be investigated is still redacted.)

Message to Bill Barr, who can declassify anything he wants: LET’S SEE IT ALL.