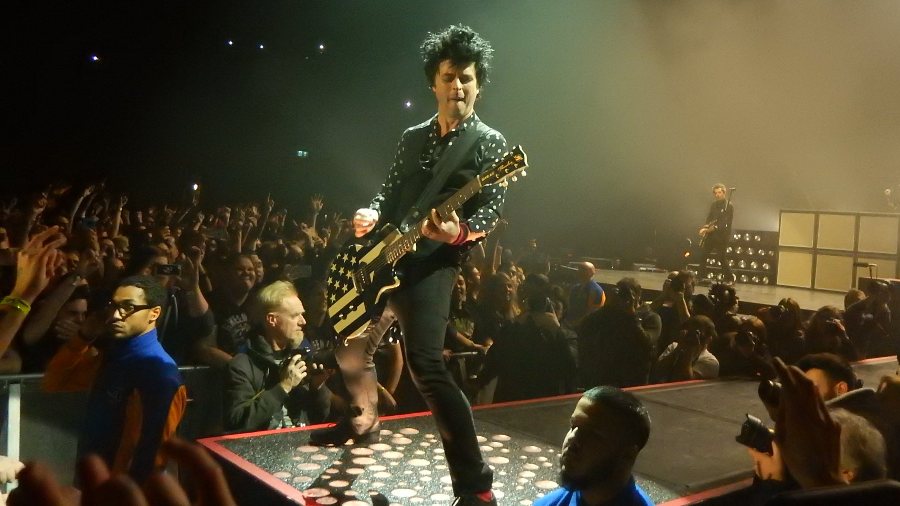 The band Green Day is back in the news with word they soon will release a new seven-inch vinyl with recordings they made with the BBC in 1994.

That was a big year for the band, with its first major-label release of the album “Dookie.” It was also a big year for Rock for Life, a pro-life youth organization I founded.

Rock for Life was invited to set up a pro-life booth at a three-year-old traveling music festival called Lollapalooza. Perry Farrell, lead singer of the band Jane’s Addiction and founder of Lollapalooza, called me on the phone to invite me, explaining that each stop on the tour had a section called the Mind Field, where non-profit groups educated concertgoers about their particular causes. Three pro-abortion groups had been invited so Farrell wanted us there to provide some balance.

We were to join the tour in Dallas, and when we arrived we had a car full of literature, $6, and very little food. Unlike Rock for Choice, we were not entitled to any financial help or access to the catering trucks. Our booth was between a pro-abortion group and the animal-rights organization PETA — which, like us, used graphic photos to get their point across.

As we were finishing setting up and waiting for the crowd to start filling the venue, a young man with a sneer of disgust on his face skateboarded up and told us he was going to urinate on our booth. I asked him his name and he told me he was Billie Joe Armstrong and he sang for Green Day. They were the opening band for the tour and on the cusp of becoming very successful.

Not only did Armstrong’s plan backfire, but we also had succeeded in opening people’s eyes to the truth about abortion.

Armstrong said we didn’t have the right to have an opinion on abortion. I suggested that if he felt so strongly about it, he should debate me on stage in front of the whole festival. He declined, took some of our literature, and walked away with his skateboard in hand. As he passed the pro-choice group next to us, he told them to keep an eye on what he was going to do onstage.

During the Green Day set, Armstrong pulled out our pro-life literature and began to rant about how horrible we are and how we didn’t have a right to be there or to have an opinion. He then took a lighter and held a flame to the literature but it would not ignite. Visibly upset, he ripped up our pamphlets and told the crowd to attack us and destroy our booth.

I ran as quickly as I could back to the booth and warned the others. I gave them the option of leaving but everyone stayed. As Green Day’s set ended, a crowd started making its way toward our booth. We braced for what was about to happen.

God Had Another Idea

The first people to reach us looked at our pictures of the victims of abortion and I heard people saying things like, “I never knew that is what an abortion looks like,” or “Oh my God, that’s horrible, I can’t believe they do that to babies.” People started reading the literature and discussing it among themselves and with us.

The crowd broke up after about an hour and we noticed that there was now more than $200 in our donation jar. Not only did Armstrong’s plan backfire, but we also had succeeded in opening people’s eyes to the truth about abortion. Plus now we had enough money to get motel rooms, food, and gas to get to the next show.

We were extremely blessed to be able to complete the tour, sometimes forced to camp on a beach or live on peanut butter and jelly. That was a small price to pay to have a chance to change all those hearts and minds. For that, we have Billie Joe Armstrong to thank.

Bryan Kemper is the youth outreach director for Priests for Life and the founder of its youth outreach Stand True. This essay was excerpted from his upcoming book, Pro-life is the New Punk Rock.