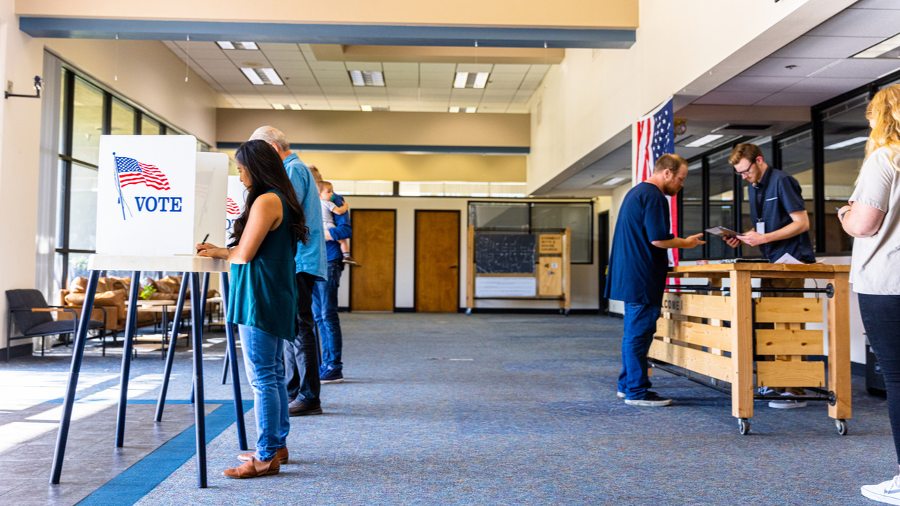 The Republican National Committee (RNC) has beefed up its election integrity operations by hiring and recruiting hundreds of attorneys and new integrity focused staff and volunteers leading up to the midterm elections.

Since 2020, the RNC has invested millions of dollars in building an Election Integrity Operations campaign infrastructure, which allows local campaign offices to deal with issues that arise on election day, Morales said. It has also conducted “5,400 election integrity training sessions and recruited over 80,000 poll watchers and poll workers for the 2022 midterms,” according to Morales.

A victory for election integrity! The Pennsylvania Supreme Court ruled today that undated ballots must be segregated and not counted.#ElectionIntegrity pic.twitter.com/h0sXJOS5ax

When an observer notes an issue of ballot access to a Republican voter, or in a Republican-heavy precinct, they are instructed to report the issue back to campaign election integrity centers or “war rooms,” located in local party offices, the DCNF observed. Workers in the office then log incident reports, which are parsed by paralegals and forwarded to lawyers in case an irregularity is detected.

The increase in on-call attorneys, who may handle short-notice litigation on election issues in local courts, comes in response to reports that Democrats are marshaling resources to oppose GOP election integrity efforts in key battleground states.

One election lawyer working for GOP campaigns in Pennsylvania, speaking to the DCNF on background, said that Democrats have been mobilizing poll workers via bus trips, giving them more numerical strength to counter GOP efforts at the polls. “They’re sending guys from Ohio to Pennsylvania, where they feel they’ve got a real chance,” he said.

In Pennsylvania, itself, the senatorial campaign of Democratic Lt. Gov. John Fetterman filed a lawsuit in the U.S. District Court for the Western District of Pennsylvania to have mail-in ballots that were incorrectly dated be counted. The lawsuit seeks to overturn a Pennsylvania Supreme Court decision in October that ruled they couldn’t be counted.

Morales did not answer questions about the number of GOP lawyers working on election integrity across the country, many of whom are working pro bono and for local campaigns, recruited via personal connections.

Efforts to coordinate election integrity are overseen by the RNC’s Committee on Election Integrity, which was created to stop “eleventh-hour changes” to state election rules in Democrats’ favor. It is headed by Joe Gruters, who chairs the Republican Party of Florida, which has historically been a state with contested elections.

Apart from political parties, the U.S. Department of Justice is monitoring elections in 64 jurisdictions across 24 states to preclude voter intimidation, a practice done in every election since the Voting Rights Act of 1965.

The Democratic National Committee did not return a request for comment on their election integrity efforts.

As Flies to Wanton Boys Are We to the Left: They Kill Us for Their Sport

Interview: Mollie Hemingway On the 2020 Election and Her Best-Seller, Rigged