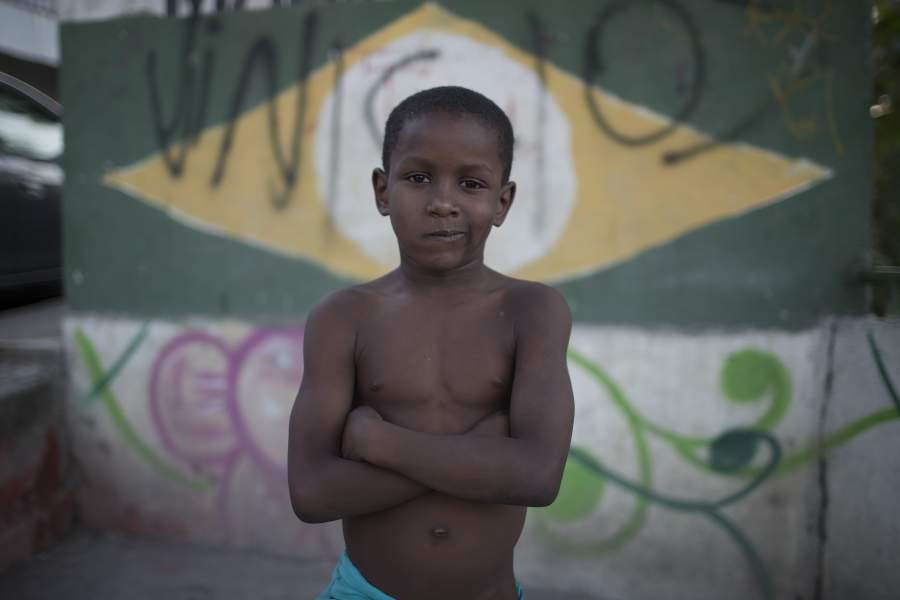 A boy poses for the photo at the Mangueira slum next to the Maracana Stadium that is hosting the Rio's 2016 Summer Olympics opening ceremonies in Rio de Janeiro, Brazil, Friday, Aug. 5, 2016.

This article is available to read at the Associated Press Archive Link here: http://www.apnewsarchive.com/2016/In-the-shadow-of-an-Olympic-stadium-the-have-nots-of-Rio-watch-the-pageantry-of-the-opening-ceremony-from-a-favela-balancing-pride-with-persistent-dissatisfaction-with-a-nation-sufferi/id-062e963b2cd647818d8bc20009321ea7