How do you explain the vastly different approach to the pandemic from two red states with similarly low coronavirus impact? 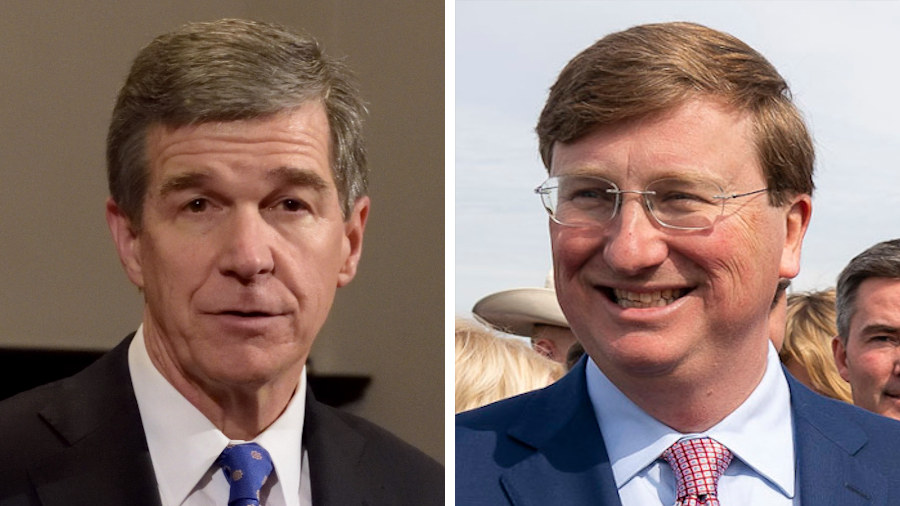 In North Carolina, Gov. Roy Cooper has adopted the policy premise that anything done in the name of safety from the coronavirus trumps all other interests, including economic, religious or other health considerations. Despite comparatively low numbers in the Tar Heel state, the ninth most populous state in the United States, and with no evidence of the healthcare system being overwhelmed, North Carolina has been in full lockdown for over a month.

It matters not if you live in the mountains or on the coast—rural or urban—all residents are required to shelter in place. Despite the crippling effect COVID-19 has had on the $25 billion tourism industry, the devastation to the small business community and over a million job losses, “thou shalt not work” unless the good governor has deemed you “essential.”

In Mississippi, Gov. Tate Reeves has operated under an alternative premise: that medical safety is a major consideration, but so is allowing people to protest, or to fish or to earn a living. The governor in the Magnolia State has taken a lot of heat for being slow to slam the economy shut and quick to discuss reopening it. He has also caught a lot of flak for allowing counties and cities to determine what works best in their own communities and for refusing to tell Mississippi churches how to conduct their affairs. Like North Carolina, Mississippi has relatively low numbers of COVID-19 deaths and no apparent strain on the healthcare system, despite having a very high rate of citizens with obesity, heart disease and diabetes.

A Vast Difference in Approach

Small businesses are on life support across both states. Jobless claims have risen to historic levels in the state of the Dogwood and in the state of the Magnolia — now higher than during the financial crisis. Medical advisers in both states are giving warnings and covering all their bases at daily briefings as they stand beside their respective governors. There is no question that both governors have taken this disease seriously and offered intelligent advice about how we should protect ourselves. So, how do you explain the vastly different approach to the pandemic from two red states with similarly low coronavirus impact?

The difference is in the tone, in the language and in the viewpoint of how best to mitigate risks and protect citizens. Cooper’s instincts are to restrict the personal freedoms of his citizens; Reeves’ instincts are to protect the personal freedoms of his. Cooper believes shutting down businesses won’t lead to shortages of food and paper products and that denying the constitutional rights of his residents won’t lead to a citizen uprising. (Note citizens are staging weekly protests at the state capitol and the governor’s mansion in Raleigh.) By contrast, Reeves has moved to open retail shops, acknowledged the rights of protestors to peacefully assemble at the Capitol and refused to accept the premise that we must choose between prudent healthcare measures and protecting our economy.

History will judge how these two governors, and the other 48, managed this pandemic.

History will judge how these two governors, and the other 48, managed this pandemic. But as data comes in, it’s looking like the quarantines will not prevent us from getting sick. It appears we’re basically delaying the inevitable infection rate. As these long days go by, the models continue to indicate initial predictions were vastly overstated. However, the data on the destruction of our economies and on the hopes and dreams of our citizens may be far worse than ever imagined.

The American economy is the greatest in the world because of all of the interconnected and voluntary exchanges that take place every day, in every community. It remains to be seen if this economic miracle of free enterprise can survive the kind of body blows delivered by the heavy hand of government — especially by the kind of authoritarian governors who seem hellbent on taking a sledgehammer to our economies when a scalpel would have been more useful.

Jon L. Pritchett is president and CEO of the Mississippi Center for Public Policy, the state’s non-partisan, free-market think tank. Prior to his work in public policy, he worked as an investment banker, executive, and entrepreneur over a 28-year career in private business.

Ed Tiryakian is the chief strategist and managing director of Argentum Group; a former first vice president at UBS/Paine Webber, serving on the President’s Council. Ed is starting his 10th year at Duke University as a visiting associate professor, teaching corporate finance and business economics at Duke University and is a Contributing Fellow at the Publius Institute.