Rick Perry Announces: America’s ‘Best Days Are Ahead of Us’

Perry returns to the national stage after three years of studying. 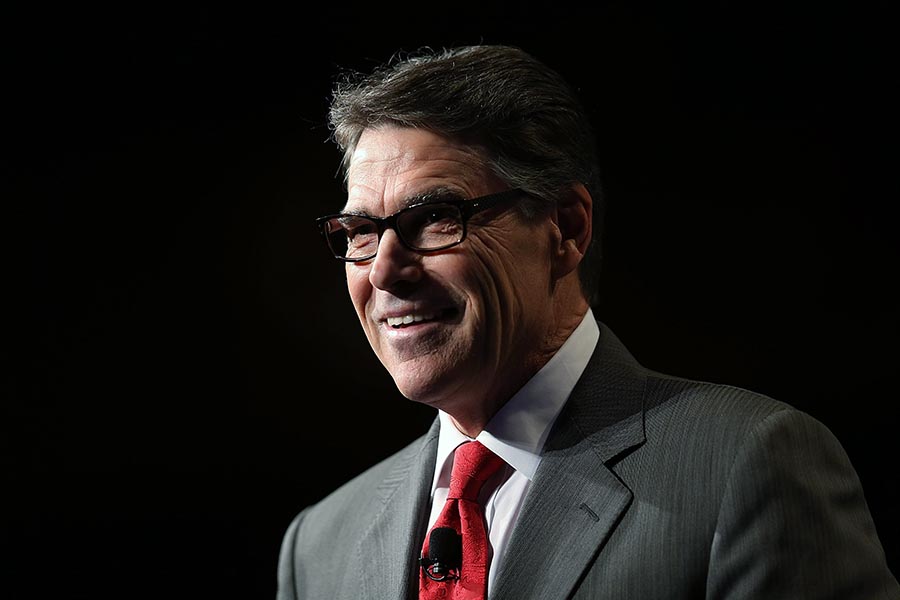 Former Texas Governor Rick Perry on Thursday announced his second bid for the U.S. presidency, seeking to rehabilitate his image nationally after a series of stumbles and gaffes ended his campaign in 2012.

“I am running for president because I know our country’s best days are ahead of us,” Perry said in a statement on his website ahead of a midday kickoff event in Dallas.

Perry, 65, has been visiting early nominating states, including Iowa and New Hampshire, to tout his record as Texas governor from 2000 to January 2015. He assumed the governorship as President George W. Bush resigned to become U.S. president, winning reelection three times by double-digit margins to become the longest-serving governor in Texas history.

His greatest challenge is convincing primary voters that he’s no longer the candidate who, in a November 2011 debate, forgot the name of one of the three federal agencies he wanted to eliminate as president. That moment was one of a number of blunders, including comparing Social Security to a “Ponzi scheme,” and helped to undermine his candidacy. He dropped out after finishing fifth in the Iowa caucuses and before the critical primary contest in South Carolina, where he had announced his candidacy and where he’d been betting on a strong performance.

Unlike in 2012, when he briefly led in some polls, Perry is now an underdog, polling in the single digits in a crowded field.

Read the article “Rick Perry Announces: America’s ‘Best Days Are Ahead of Us’” on newsmax.com.