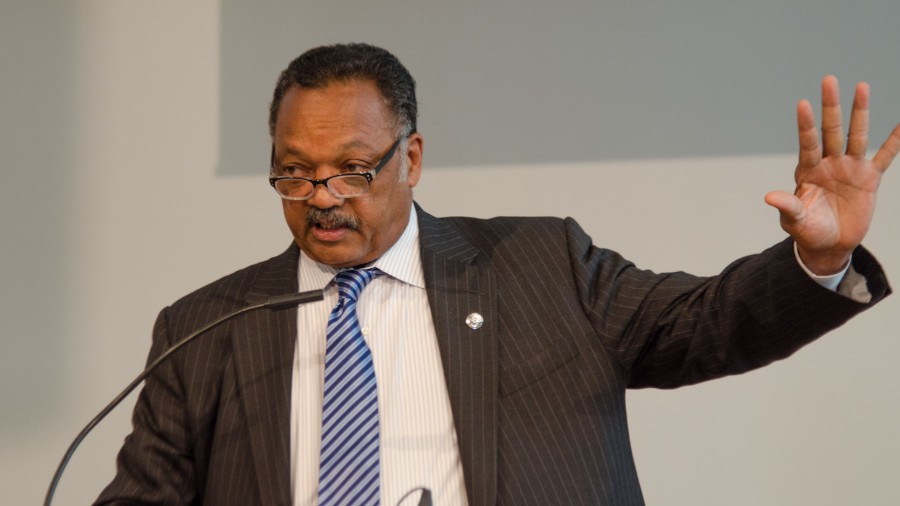 Rev. Jesse Jackson is bucking many of the environmentalists who believe natural gas production perpetuates a world in which climate change is disproportionately hurting black communities.

Jackson is prodding local, state and federal officials in Illinois to okay the construction of a $8.2 million, 30-mile natural-gas pipeline built for a community, Axios noted in a report Monday addressing the reverend’s contrarian position.

The Pembroke, Illinois pipeline would shuttle natural gas into an area of the state that suffers from high energy prices, according to Jackson.

“When we move to another form of energy, that’s fine by me, I support that,” Jackson told Axios in February as the issue began heating up. “But in the meantime, you cannot put the black farmers on hold until that day comes.”

Pembroke residents have a median income of $28,922 and rely on a combination of propane, wood stoves and space heaters for heat during Illinois winters, media reports show.

Residents of the town want to know why other parts of Illinois have access to gas but they must rely on wood and propane. “Everyone else has (gas service),” Levi, a 52-year-old construction and resident, told the Chicago Tribune in December 2019 as Jackson promoted the pipeline. “I’m unclear why it’s so hard for us to get it.”

Another resident — Cathy Vanderdyz, a city clerk in the area — told Axios that she pays between $500 and $800 to heat her home over a two month period. Jackson got involved due in part to a request from Mark Hodge, mayor of Hopkins Park, a town in the area.

The mayor told Axios that businesses refuse to come to the area because local energy prices are too high.

“It’s not on my radar at this point, not to say in the future it would not be,” Hodges said of climate change. “My main concern is cutting our energy costs out here.” Customers have to pay for a some of the cost of delivering such pipeline access under current regulations.

Pembroke residents must pay $3.2 million of the estimated total $8.2 million pipeline extension, according to Nicor Gas, the company behind the project. Each household would have to pay more than $8,000 upfront for access, Axios notes. Illinois’s state legislature is considering a bill designating Pembroke as a “designated hardship area,” which would allow Nicor Gas to pay the entire cost.

Jackson, Rev. Al Sharpton, and National Urban League President Marc Morial have said in the past that they oppose an abrupt move away from fracking, a technique producers use to extract natural gas from shale. They said the technique for producing natural gas helps black people who struggle with high energy prices.

Morial, Jackson and Sharpton’s comments came after the National Association for the Advancement of Colored People warned its local chapters in 2019 that oil companies are supposedly trying to manipulate them into supporting their products.

Nearly one in five households are forced to go without food to pay their energy bill, the Energy Information Administration noted in a 2018 report.