A return to virtue in the wake of scandal? 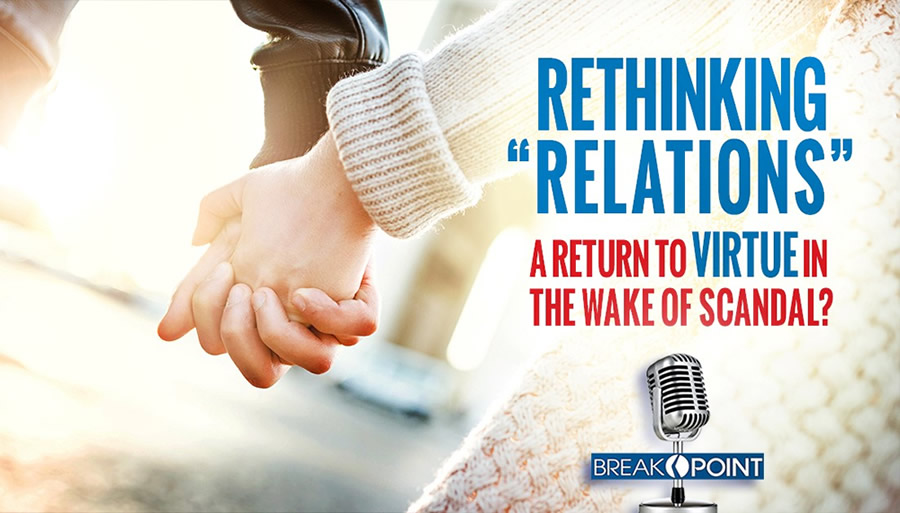 Given the headlines today, lots of secular folks are starting to wonder if they ought to rethink sex. Wow — ya think?

Unless you’ve been under a rock for the last few weeks, you’ve heard about the plethora of #MeToo reports of sexual harassment and abuse perpetrated by politicians, actors and the news media. The accused run the gamut from liberal to conservative, Christian to skeptic. While the stories are different in detail and gravity, there’s a common thread — people in positions of power, mostly men, taking advantage of less powerful people, mostly females, to satiate their sexual whims.

Many secularists and cheerleaders of the sexual revolution are now shocked that so many people are giving free rein to what one writer calls the “brutality of the male libido.”

In surveying the wreckage, it’s hard to miss the bitter irony here. I’m reminded of C. S. Lewis in The Abolition of Man in which he writes, “In a sort of ghastly simplicity we remove the organ and demand the function. We make men without chests and expect of them virtue and enterprise. We laugh at honour and are shocked to find traitors in our midst.”

Given the headlines today, lots of secular folks are starting to wonder if they ought to rethink sex. Wow — ya think?

But I’m glad that growing numbers are finally beginning to wake up to the ugly results of their secular worldview. A great example is an opinion piece called “Let’s Rethink Sex” by Christine Emba in The Washington Post. Emba, an opinion writer and editor there, correctly notes that the culture got off track in matters sexual by making the dual assumption that we all deserve a certain amount of sex, and that nothing should get in the way of us satisfying our desires — “even,” she says, “when reciprocity is unclear.”

“It’s not that sex in and of itself is the problem,” Emba writes. “But the idea that pursuing one’s sexual imperatives should take precedence over workplace rules, lines of power or even just appropriate social behavior is what allows predators to justify sexual harassment and assault.”

Amazingly, she says that we ought to return to some of the old virtues — including “prudence, temperance, respect and even love.” Well, imagine that! So far, so good.

But Emba, who has started down the path of wisdom, is hesitant to go too far, saying, “It’s unlikely that we’ll return to a society in which sexual encounters outside of marriage are disallowed or even discouraged — that sex train has already left the fornication station, if it was ever properly there to begin with.”

Okay, but why not return? As Lewis also wrote, “We all want progress. But progress means getting nearer to the place where you want to be. And if you have taken a wrong turning then to go forward does not get you any nearer. If you are on the wrong road progress means doing an about-turn and walking back to the right road.”

So if we’re to rethink sex as Emba and others are beginning to advocate, it makes perfect sense to look to the One who gave us sex in the first place, God Himself, and see what He says about it — and it’s certainly not about satisfying our selfish desires.

Way back in the book of Genesis, we see the two main functions of sex identified by theologians across the spectrum of Christianity — the unitive and the procreative — and they are inseparably linked with marriage.

“Therefore a man shall leave his father and his mother and hold fast to his wife, and they shall become one flesh. And the man and his wife were both naked and were not ashamed.” That’s the unitive aspect of sex, bringing husband and wife together for mutual benefit.

“Now Adam knew Eve his wife, and she conceived and bore Cain” — that is the procreative aspect, which far too often in our culture has been completely divorced from the sex act — with disastrous results.

So come to BreakPoint.org and I’ll link you to Emba’s article. What a great discussion starter to engage our secular friends and acquaintances — but only under appropriate circumstances, of course.