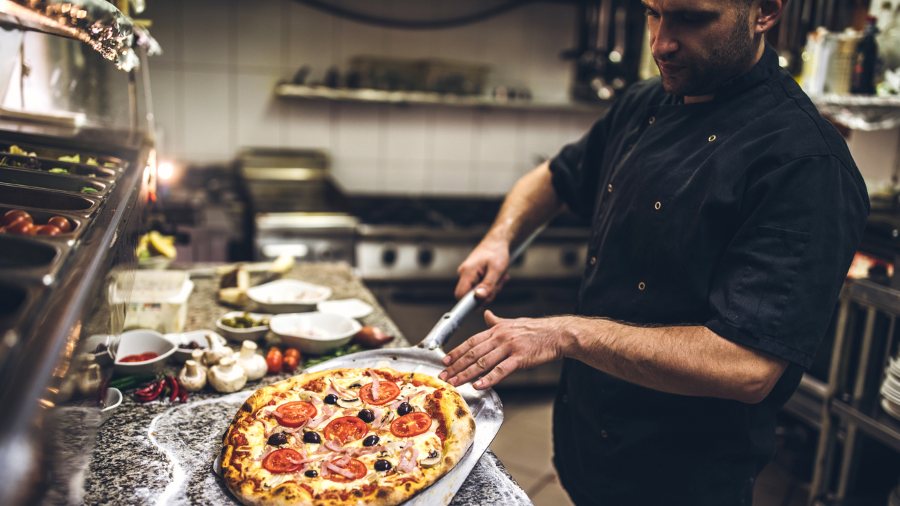 “Where should we eat tomorrow?” my wife asked me excitedly as we sat on our deck Friday evening.

She had locked down a babysitter for Saturday night, and we were both eager for our first dinner date alone together in months.

“Broders’,” I answered without hesitation.

Located in southwest Minneapolis, Broders’ Pasta Bar is a local gem. It has a great outdoor patio and the best Italian cuisine in the Twin Cities. We had not eaten there since the pandemic began.

My wife nodded and started to make a reservation on her phone. Then her jaw dropped.

On its website, Broders’ has a notice to customers notifying them of a new 15 percent “benefits and equity” charge they’ve instituted. They justify the charge, first, by explaining that “many states have allowed reduced minimum wages for service staff in the form of a tip credit.” (More on this in a minute.)

Went to book a reservation at my favorite restaurant in the Cities—Broders'—and was informed all customers were being charged a 15% "equity" charge.

Instead of just paying their employees more, Broders has decided to inform customers they are too racist/sexist to tip properly. pic.twitter.com/LeiC2RcPEm

The restaurant’s second justification is that many tippers are racist and sexist, according to uncited research.

“Studies have also shown that there is inequity and built-in bias in the way consumers give tips,” the statement reads. “In general, Black or Brown servers receive less tips than Caucasian servers. There is gender bias as well.”

The final part of the statement says the new policy stems from wider racial injustice and is not a substitute for gratuity.

“In the wake of racial injustice protests and the closures due to COVID, now is the time for Broders’ to reimagine its economics and provide fair pay across the company,” the statement reads. “Our Benefits & Equity Charge is applied entirely to employee compensation. This supplement helps us to set a $16 minimum hourly wage for customer-facing employees, $18 minimum hourly wage for kitchen employees… Altogether this allows everyone in our company to earn a real living wage. The 15% Benefits & Equity Charge is not a gratuity.”

The Good, the Bad, and the Ugly

Broders’ is of course free to add this additional charge, but there are few things that should be noted.

First, it’s true that many states allow tipped employees to make less than the minimum wage. However, Minnesota is not one of those states. Businesses with gross revenue over $500,000 are legally required to pay employees — including tipped workers — at least $10.08 an hour. (For businesses with gross revenue less than $500,000, the minimum wage is $8.21.)

For Broders’ to include this sentence — ”many states have allowed reduced minimum wages” — for a justification of its equity policy while fully knowing this policy is not in use in Minnesota is nothing short of deceptive.

Second, I’m no Robert Irvine, but telling your customers you are going to begin charging them more because they are too bigoted to tip fairly might not be a winning restaurant strategy. Just sayin’. As a former restaurant worker, I pride myself on being a generous and fair tipper, and the implication that I can’t be trusted with this responsibility doesn’t sit well with me.

Finally, if Broders’ doesn’t feel restaurant workers in the back are earning enough money, there is a solution to that: pay them more. This action doesn’t require any surcharges or public lectures on systemic oppression. It only requires the restaurant to run an efficient and profitable business that allows them to pay workers a wage they believe is fair and “livable.”

Out of curiosity, I looked around to see if other restaurants are adding similar charges. I quickly found one. Pizzeria Toro, a North Carolina restaurant, recently announced that it is introducing a 20 percent Living Wage Fee.

The pizzeria’s owner, Gray Brooks, said this is the “equitable” thing to do. “In order for the bottom to rise up, the top has to come down a little bit,” said Brooks.

This is, of course, a perfect example of the fixed pie fallacy. For those unfamiliar, the fallacy assumes that the economy is fixed, and for the poor to do better, the better off must simply sacrifice more.

“If we assume that wealth is a fixed pie, then the more slices the rich get, the fewer are left over for the poor,” Chelsea Follett explained. “In other words, people can only better themselves at the expense of others. In the world of the fixed pie, if we observe the rich becoming richer, then it must be because other people are becoming poorer. Fortunately, in the real world, the pie is not fixed.”

That the fixed pie is a fallacy is clear. New matter cannot be created, but new value can be. Value is created every time two parties make a voluntary exchange. And the market economy is a vast network of trillions upon trillions of value-creating exchanges.

The market economy’s “pie” of value grows with every “win-win” exchange. So, there’s no need for “win-lose” transfers from have-mores to have-lesses.

Historically, the poor have been helped much more by the freedom and opportunity to participate in the market than from wealth transfers (whether in the form of charity or taxation). And the most poverty-alleviating way to use private wealth has not been to give it away, but to invest it in capital goods, which boosts labor productivity and thus lifts up real wages. Just look at the rise of per capita income since the 18th century, which shows “the growing pie” of the market benefited everyone.

The owners of these establishments are free to run their businesses as they like (just as I’m free to take my business elsewhere). But, if they really care about uplifting their workers, they should worry less about corporate virtue-signaling and more about actually improving their business. And if they still have bandwidth to do some good after that, they might work on opposing all the myriad ways — the minimum wage, occupational licensing, etc. — that government gets in the way of workers participating in and benefiting from “growing the pie.”

“Most economic fallacies derive from the tendency to assume that there is a fixed pie, that one party can gain only at the expense of another,” Milton Friedman once observed.

The Danger of Focusing on Equity

One of the reasons the fixed pie fallacy persists, no doubt, is this hyperfocus on equity. Some might look at equity surcharges as just a shrewd ploy for restaurants to get more for their workers, but that doesn’t mean they are benign.

Focusing on equity tends to place labor and business at odds, implying that workers are being exploited and deprived of their fair share. This idea — that the employer-employee relationship is inherently exploitative — is grounded in Marxism, and has been effectively refuted by economists. This mindset taps into resentment and class struggle, two pillars of socialism, and teaches people to see the world through the lens of oppression and conflict.

To be sure, in a new twist, restaurants appear to be trying to pass this alleged exploitation on to customers, perhaps to placate disgruntled workers or maybe to tap into social justice currents. But this doesn’t make the ideas less harmful.

Whatever the case, I suspect attempts to make customers pay “equity” charges will backfire.

Customers like having choices. That’s one of the many beauties of markets. Consumers can choose how we respond to things. If you don’t like Twitter’s aggressive policies on speech, fine; you can go somewhere else. If you don’t care for Chick-fil-A’s charitable donations, you can eat at Popeye’s. If a car dealership treats you poorly, you can take your business elsewhere.

And if you don’t like your favorite restaurant’s new equity surcharge policy, you can simply exercise the power of exit — and I intend to.

The choice for me was simple: My favorite restaurant added an equity surcharge. What should I do?

I will not be eating at Broders’ again, I’m sad to say. At least not while I’m being slapped with equity charges.