This will be a rough year for full-service NYC restaurants as they try to navigate a future with significant economic headwinds and significantly higher labor costs from the city’s $15 an hour minimum wage. 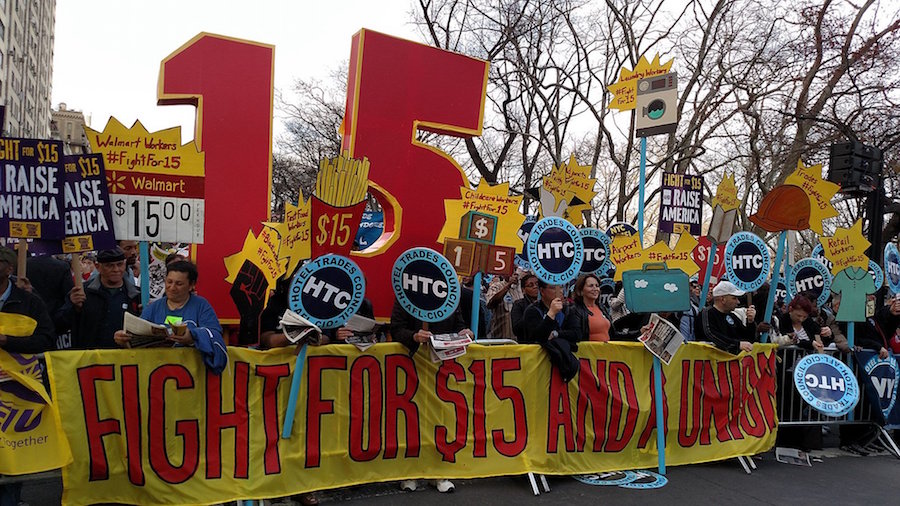 An article in the New York Eater (“Restaurateurs Are Scrambling to Cut Service and Raise Prices After Minimum Wage Hike“) highlights some of the suffering New York City’s full-service restaurants are experiencing following the December 31, 2018 hike in the city’s minimum wage to $15 an hour, which is 15.4 percent higher than the $13 minimum wage a year earlier and 36.4 percent higher than the $11 an hour two years ago. For example, Rosa Mexicana operates four restaurants in Manhattan and estimates the $15 mandated wage will increase their labor costs by $600,000 this year. Here’s a slice:

Now, across the city, restaurant owners and operators are reworking their budgets and operations to come up with those extra funds. Some restaurants, like Rosa Mexicana, are changing scheduling. Other restaurateurs are cutting hours and staffers, raising menu prices, and otherwise nixing costs wherever they can.

And though the new regulations are intended to benefit employees, some restaurateurs and staffers say that take home pay ends up being less due to fewer hours — or that employees face more work because there are fewer staffers per shift. ‘The bottom line is, we have to reduce the number of hours we spend,’ says Chris Westcott, Rosa Mexicano’s president and CEO. ‘And unfortunately that means that, in many cases, employees are earning less even though they’re making more.’

In a survey conducted by New York City Hospitality Alliance late last year, about 75 percent of the more than 300 respondents operating full-service restaurants reported they’ll reduce employee hours this year because of the new wage increases, while 47 percent said they’ll eliminate jobs in 2019.

Note also that the survey also reported that “76.50 percent of respondents report reducing employee hours and 36.30 percent eliminated jobs in 2018 in response to mandated wage increases.” Those staff reductions are showing up in the NYC full-service restaurant employee series from the BLS, see chart above. December 2018 restaurant jobs were down by almost 3,000 (and by 1.64 percent) from the previous December, and the 2.5 percent annual decline in March 2018 was the worst annual decline since the sharp collapse in restaurant jobs following 9/11 in 2001.

As the chart shows, it usually takes an economic recession to cause year-over-year job losses at NYC’s full-service restaurants, so it’s likely that this is a “restaurant recession” tied to the annual series of minimum wage hikes that brought the city’s minimum wage to $15 an hour at the end of last year. And the NYC restaurant recession is happening even as the national economy hums along in the 117th month of the second-longest economic expansion in history and just short of the 120-month record expansion from March 1991 to March 2001.

Here’s more of the article:

‘There’s a lot of concern and anxiety happening within the city’s restaurant industry,’ says Andrew Rigie, executive director of the restaurant advocacy group. Most restaurant owners want to pay employees more, he says, but are challenged by ‘the financial realities of running a restaurant in New York City.’ Merelyn Bucio, a server at a restaurant in Soho that she declined to name, says her hours were cut and her workload increased when wage rates rose. Server assistants and bussers now work fewer shifts, so she and other servers take on side work like polishing silverware and glasses. ‘We have large sections, and there are large groups, so it’s more difficult,’ she says. ‘You need your server assistant in order to give guests a better experience.’

At Lalito, a small restaurant in Chinatown, they used to roster two servers on the floor, but post wage increases, there’s only one, who is armed with a handheld POS (point of sale) system, according to co-owner Mateusz Lilpop. Having fewer people working was the only way for him to reduce costs, he says. Since the hike, labor costs at Lalito have risen about 10 percent — from 30 to 35 percent to 40 to 45 percent of sales, he says.

These changes get passed onto the diner, some restaurateurs argue. Service can suffer due to fewer people on the floor, or more and more restaurateurs will explore the fast-casual format over full-service ones. Some restaurants are also raising prices for customers. According to the NYC Hospitality Alliance’s survey, close to 90 percent of respondents expect to raise menu prices this year. Lalito’s menu prices have increased by 10 to 15 percent. Lilpop says, and it’s not just the cost of paying his staff driving prices up — it’s a ripple effect from New York-based food purveyors’ own labor cost increases.

Prediction: This will be a rough year for full-service NYC restaurants as they try to navigate a future with significant economic headwinds and significantly higher labor costs from the city’s $15 an hour minimum wage.

This article was reprinted from the American Enterprise Institute.