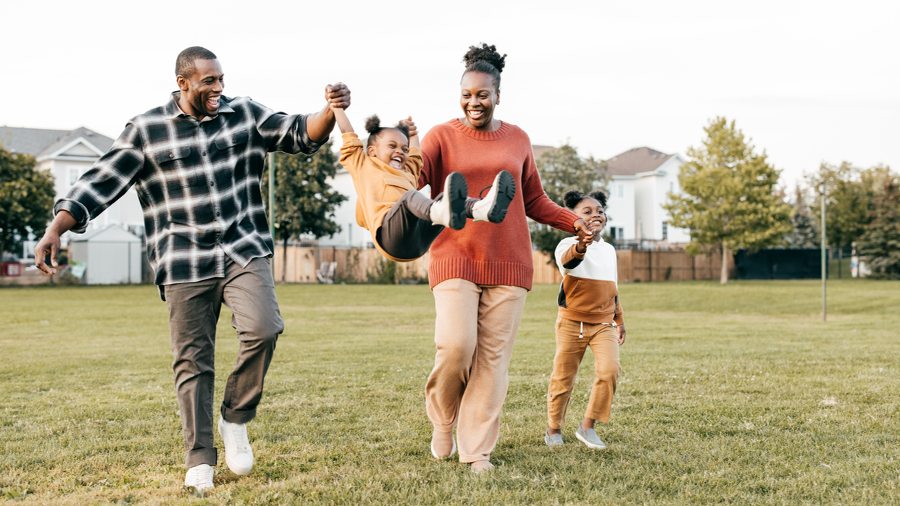 “The essential public purpose of marriage is to connect mothers and fathers to their children and to one another,” said Ruth Institute President Dr. Jennifer Roback Morse, Ph.D. “All the stated purposes of the newly redefined concept of marriage are either private or inessential.”

“The Ruth Institute categorically opposes the cynically misnamed ‘Respect for Marriage Act’ (HR 8404). And we commend the more than 2,000 religious leaders who signed an open letter opposing this deceptive and dangerous same-sex marriage bill currently before Congress.”

“Children need their parents,” Morse explained. “All humans have a right to know the identity of the two people who brought them into life. And except for unavoidable tragedy, children have a right to be in relationship with both parents.”

“Thus, if a state decided to legalize polygamy, group marriage, marriage between blood relatives, or marriage between an adult and a minor, every other state and the federal government would be forced to recognize these unnatural unions,” Morse warned.

HR 8404 goes further than the 2015 ruling. Besides federal recognition of marriage between same sex couples, it would require states to recognize any type of marriage, including of multiple-partners.

“Thus, if a state decided to legalize polygamy, group marriage, marriage between blood relatives, or marriage between an adult and a minor, every other state and the federal government would be forced to recognize these unnatural unions,” Morse warned.

“The bill’s authors are postponing a Senate vote until after the election because they fear the political consequences. The Sexual Revolutionaries are playing to their radical base and hiding the radicalism of this bill from the people.”

In their letter, the 2,000 religious leaders argued that the “Respect for Marriage Act” would, in effect, deputize anti-faith forces to sue individuals, churches, businesses and other organizations that refuse to bend a knee to newly created forms of “marriage.”

The Ruth Institute has consistently and resolutely opposed the redefinition of marriage. In part because of this, it has been on the Southern Poverty Law Center’s list of “hate groups” since 2013.

“After Obergefell, states began replacing ‘husband’ and ‘wife’ on marriage licenses with ‘spouse 1’ and ‘spouse 2,’” Morse noted. “The ‘Respect for Marriage Act’ would accelerate this trend by making marriage a free-form institution.”

“The radical redefinition of marriage is part of the movement to abolish marriage and the family,” Morse said. “Protecting these institutions, which are the bedrock of civilization, is the most crucial issue of our time.”

In honor of National Hispanic Heritage Month, this week’s Dr. J Show guest is Astrid Bennett Gutiérrez, the Executive Director of Los Angeles Pregnancy Services, a pro-life pregnancy help center in L.A.’s abortion Ground Zero. She is also the co-founder of The VIDA Initiative, where she serves as a speaker, educating families and forming leaders for the pro-life movement. She is the host of several pro-life programs for EWTN’s Spanish network. She also defends the preborn on national mainstream media outlets such as Fox News and CNN.

“Most Hispanics are instinctively pro-life. I mean it’s common sense. We love family, we grow up cherishing children, so pro-life is natural,” Astrid says. “But when we go to the university… we are faced with temptation. All the fruits of the sexual revolution are there.” Because of this, each generation seems to be embracing the culture of death more than the previous one, Astrid says.

Astrid admits she was poorly catechized in her faith but learned about chastity and the harms of contraception and abortion thanks to the pro-life movement. “I think all of us in one way or another have been touched by abortion … We carry that wound [until] we realize there is an answer. It’s called the pro-life movement. Once you get involved, it just changes your life.”

“We’re told that being pro-life is judgmental, cruel, and oppressive, when the reality is that the pro-life movement is a movement of love, compassion, and hard work.”

“When Hispanics understand what abortion truly does to an innocent, helpless little child, the cruel torture, and that the child is just discarded or used for experiments, and when they see the love, the care, and all the resources that good people are organizing for pregnant mothers in need, they understand what it means to be pro-life.”

Learn more from Astrid’s experience in the pro-life movement.

The Rosary: Pray It in Public and Without Apology

Questions to consider in responding to The Atlantic magazine’s Rosary fiasco.

One of the most aggressive pro-abortion slogans is “Abortion on Demand and Without Apology.” People who talk like this believe they are building a good and decent society. No matter what they think, there is no doubt that the social-sexual regime they have in mind is very different from the society envisioned by longtime Catholic teaching on sexuality. These two worldviews cannot coexist. One will drive out the other.

This all came to mind when I was reflecting on the ill-informed anti-Catholic article in The Atlantic. The title of this screed morphed from the original “How the Rosary Became an Extremist Symbol” to the only-slightly-less inflammatory “How Extremist Gun Culture Is Trying to Co-Opt the Rosary.” Now that the dust has settled on this polemic, I want to consider a couple of questions I have not seen addressed. Why are we Catholics seeing this type of blind hatred focused against us at this moment in history? And how should we, as faithful Catholics, respond?

Why the attacks on a Catholic symbol? No doubt, the recent Dobbs decision, returning abortion regulation to the states, played an outsized role in triggering the hostility. Removing authority for abortion from constitutional federal regulation highlights the issues at stake. What kind of social-sexual system do we wish to live under? What are the rules that govern people’s decision-making about marriage, family and human sexuality?

We are arguing about the rules of the game, so to speak. Rules affect everyone. The ancient teachings of the Catholic Church offer one set of rules. The sexual revolution offers another.

The 5th Annual Rosary Around the Lake in Lake Charles, LA, breaks new ground, with decades of the Rosary being recited in French and Spanish, as well as representation from multiple community groups.

Ruth Institute President Dr. Jennifer Roback Morse, Ph.D., noted that the local community has taken up much more of the planning and organizing for this year’s Rosary Around the Lake than in past years.

“We’re so pleased and proud of the local support for the Rosary Around the Lake. The Ruth Institute started this event in 2018 to pray for the strengthening of families and the Church. We’re glad that so many in the local community have stepped up to make this year’s event special. October 2 is going to be a beautiful day to unify our city and honor the Mother of God.”

“This year has been one of blessings and challenges,” Morse noted. “Finally, after 49 years, the Supreme Court ruled there is no constitutional right to abortion, opening the way for state laws to protect the lives of unborn children. But this blessing led to attacks on churches and pro-life institutions across the country. We must meet these challenges with determination, grace, and prayer.”

“Whether or not you’re Catholic, we encourage anyone who can join us in good conscience to do so. All people of good will should be united in praying for the welfare of our community and country, and the strength of our families. No registration or special t-shirt is required. Just come!”

When Prayer Doesn’t Seem to Work

For a person of faith, prayer can be a powerful tool. However, there may be times when prayer doesn’t seem to work. This is especially true for people who have suffered abuse, particularly clerical abuse. I have spoken with many survivors who have prayed for inner peace, strength and justice. Yet their prayer seems to be met with emptiness and hopelessness. Why is that?

In cases of clerical abuse, clergy are the very people who we should be able to turn to in times of need, and yet, when trust has been betrayed in such a big way such as in sexual abuse, survivors may view not only other priests and religious people, but also their faith as a whole in a very negative way. Faith can be a powerful healing tool for any survivor, but when a priest uses that faith to gain power and control, it might become one less tool for the survivor to use because it becomes a trigger.

Although many victims would ordinarily be able to turn to prayer for comfort and guidance, it instead becomes a painful reminder of abuse. For a long time, my own prayer life was negatively affected as a result of clerical abuse. Not only was I struggling to trust God, but prayer had become painful because of the reminders of the abuse it brought. It was a long time before I was able to rebuild a relationship with God. I chose to persist in prayer despite my uncertainties and discouragement.

While prayer can be helpful for some survivors, it does not always bring about instant comfort or instantaneous results. Prayer also doesn’t necessarily remove the pain and the feelings of guilt survivors experience either. When someone runs to God with their pain, guilt, and shame and is met with (what seems to be) silence, it can be completely disheartening. It’s really hard to think of God as an all-loving Father when our prayers aren’t answered in the timing that we want or in the ways we want.

So why pray? Why bother to communicate with someone we can’t even see?

The Ruth Institute is a global non-profit organization, leading an international interfaith coalition to defend the family and build a civilization of love. The Ruth Institute’s Founder and President, Dr. Jennifer Roback Morse, is the author of The Sexual State: How Elite Ideologies are Destroying Lives and Love and Economics: It Takes a Family to Raise a Village. Subscribe to our newsletter and YouTube channel to get all our latest news.