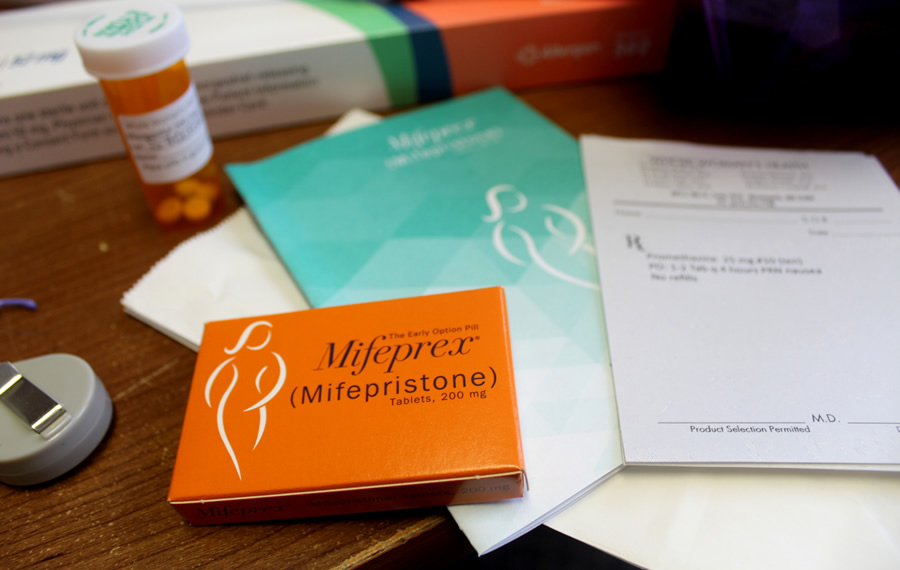 Republican Indiana Rep. Jim Banks joined other lawmakers in calling on the Food and Drug Administration (FDA) to “mandate collecting complete, accurate information on all adverse events related to” mifepristone — a drug used to end pregnancies up to 10 weeks, according to the FDA.

The letter, which was exclusively provided to the DCNF, also requests a meeting with the FDA by Oct. 1 to discuss further Risk Evaluation and Mitigation Strategies (REMS) and Planned Parenthood’s calls to make the drug more easily available. A REMS is a FDA drug safety program which the FDA requires for “for certain medications with serious safety concerns.”

“Planned Parenthood and other abortion advocates have recklessly called for the removal of REMS for mifepristone,” Banks told the DCNF. “I am proud to stand for life and call on the FDA to strengthen these essential protections.”

Planned Parenthood and other pro-abortion advocates have called for the removal of REMS from mifepristone.

The FDA warns that buyers “should not buy Mifeprex over the Internet because you will bypass important safeguards designed to protect your health (and the health of others).” The FDA has not yet responded to a request for comment from the DCNF.

Under current FDA approved REMS, a health care provider must supervise the order, prescription, and dispensation of mifepristone. Only healthcare providers who meet “certain qualifications” may do so. The abortion drug also may “only be dispensed in clinics, medical offices, and hospitals by or under the supervision of a certified healthcare provider.”

But Planned Parenthood and other abortion advocates called for the removal of these REMS in August in order for women to have easier access to at-home abortions.

“I think the FDA has shown a willingness to … take action,” said former FDA commissioner under the Clinton administration, Dr. Jane Henney in August. “I believe it’s important for them to do another review in light of the safety information we know about this drug.”

“While the generic form of mifepristone is important and long overdue, the real barrier to accessing medication abortion, especially for those living in rural and medically underserved areas, is the FDA’s unnecessary restrictions on how mifepristone is dispensed,” Gupta said in an August statement to Vox.

“Removing these restrictions and allowing patients to get mifepristone from a pharmacy would help ensure that more people can access early abortion and miscarriage management care, when they need it,” Gupta added.

In response, the lawmakers call on the FDA to increase REMS on mifepristone drugs and warn of dire consequences.

“We vigorously oppose calls by Planned Parenthood and other pro-abortion advocates to remove the REMS for mifepristone,” the lawmakers wrote to the FDA. “Allowing the drug to be available without medical supervision will have dire consequences for women and children.”

The letter was also signed by Republican Ohio Rep. Bob Latta, who introduced the Support and Value Expectant (SAVE) Moms & Babies Act Sept. 19. The law that would prevent the approval of new abortion drugs by the FDA, prevent the FDA from removing REMS from mifepristone, and prevent mifepristone from being dispensed through either mail or telemedicine.

The lawmakers added that they agree with the American Academy of Pro-Life Obstetricians and Gynecologists (AAPLOG) “that the current REMS offer insufficient protection for patients.”

“These restrictions are the only thing standing in between on-demand access to an abortion drug that is proven to have serious and even deadly side effects for women – in addition to the tragedy of aborting an unborn child,” Banks added.

As of December 31, 2018, there have been 24 deaths of women who were associated with the abortion drug since it was first approved in September 2000, according to the FDA.

Planned Parenthood has also taken steps to create a telemedicine program, in the form of an app called Planned Parenthood Direct. The nation’s largest abortion provider announced their plans to expand the app following Planned Parenthood’s withdrawal from Title X federal family funding services rather than give up performing abortions.

Planned Parenthood hopes to reach younger audiences and women in rural areas in this way, the Wall Street Journal reports.

The app, which is already available in 27 states and Washington, D.C., will be available in 50 states by next year and would allow patients to order mifepristone through the app.

Planned Parenthood has not yet responded to a request for comment from the DCNF.