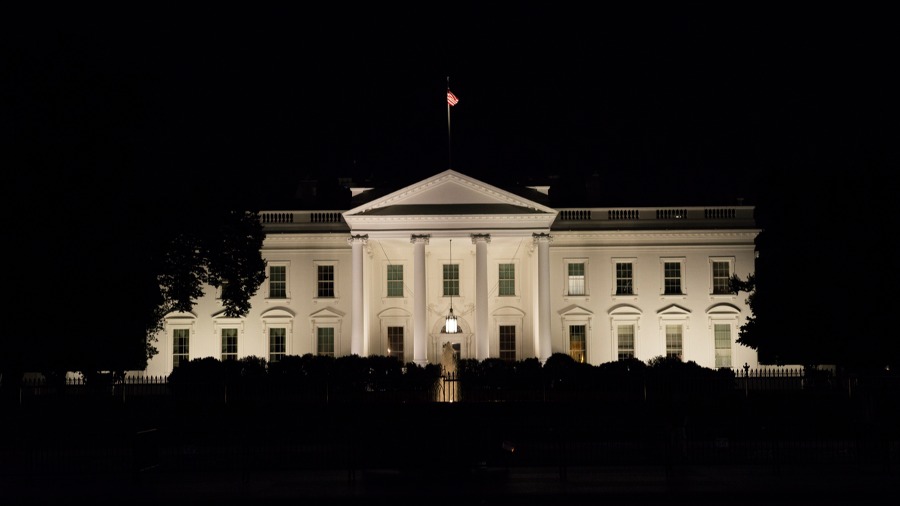 “Your administration’s attempt to use the power of the federal government to single out Americans who object to the COVID-19 vaccine on religious grounds is inexcusable and must be withdrawn,” reads the letter, first obtained by The Daily Signal.

The letter to Biden builds on a Jan. 11 report from The Daily Signal that the Biden administration is testing out a policy in a small federal agency, the Pretrial Services Agency for the District of Columbia, that would likely serve as a model for government-assembled lists of Americans who object to the COVID-19 vaccines on religious grounds.

The Pretrial Services Agency announced Jan. 11 that it will begin storing the names and “personal religious information” of any employee who makes “religious accommodation requests for religious exception from the federally mandated vaccination requirement.”

“Shockingly,” the Monday letter to Biden says, “the Pretrial Services Agency did not provide a justified rationale for why such an invasive database was needed for the agency to properly operate.”

“The agency’s failure to adequately justify its own policy perfectly illustrates the animus that your administration has shown towards people of faith,” the Republicans added.

The letter is signed by 41 Republican members of Congress, including Reps. Andy Biggs of Arizona, Matt Gaetz of Florida, Bob Good of Virginia, Madison Cawthorn of North Carolina, and Mary Miller of Illinois.

The message to the Biden administration highlights that the Pretrial Services Agency is not the only federal agency creating such lists, noting that there are at least 19 federal agencies that have created or proposed creating lists that track employee religious-exemption requests.

“The actions that your administration is taking to target federal employees who have applied for a religious exemption to the vaccine mandate will have an immediate, chilling effect on an employee’s exercise of his constitutionally protected right to freedom of religion,” the lawmakers wrote.

They also called on Biden to provide a response by Feb. 11 outlining what steps his administration is taking to “ensure that the federal government is not targeting Americans based on their decision to apply for a religious exemption to the vaccine mandate.”

In the Jan. 11 Daily Signal report exposing the Pretrial Services Agency policy, Sarah Parshall Perry and GianCarlo Canaparo, legal fellows with the Edwin Meese III Center for Legal and Judicial Studies at The Heritage Foundation, wrote that “Biden may not be winning points for transparency, but he’s doing his best to win first place in subjecting Americans with sincerely held religious beliefs to differential treatment.” (The Daily Signal is the news outlet of The Heritage Foundation.)

“Take the Department of Defense, for example — which has failed to grant a single religious exemption on behalf of any service members requesting one for the federal vaccine mandate,” wrote Perry and Canaparo. “A group of Navy SEALs was recently successful in its federal lawsuit against the Biden administration on claims that its conscience rights under the First Amendment and the Religious Freedom Restoration Act were violated.”

The Heritage Foundation legal fellows noted that Biden has expressed support for the “patently faith-hostile” pro-LGBTQ Equality Act since the outset of his administration and quickly revoked the Mexico City policy previously reinstated by President Donald Trump, which banned federal funding for abortions abroad.

“While employers, employment agencies, or unions with 100 employees or more are prohibited under Title VII of the Civil Rights Act of 1964 from engaging in disparate treatment and from maintaining policies or practices that result in unjustified disparate impact based on religion, this administration doesn’t seem to have gotten the memo,” wrote Perry and Canaparo. “That, at bottom, is what this policy is about.”