Republican House Majority Would be a Victory for Free Speech 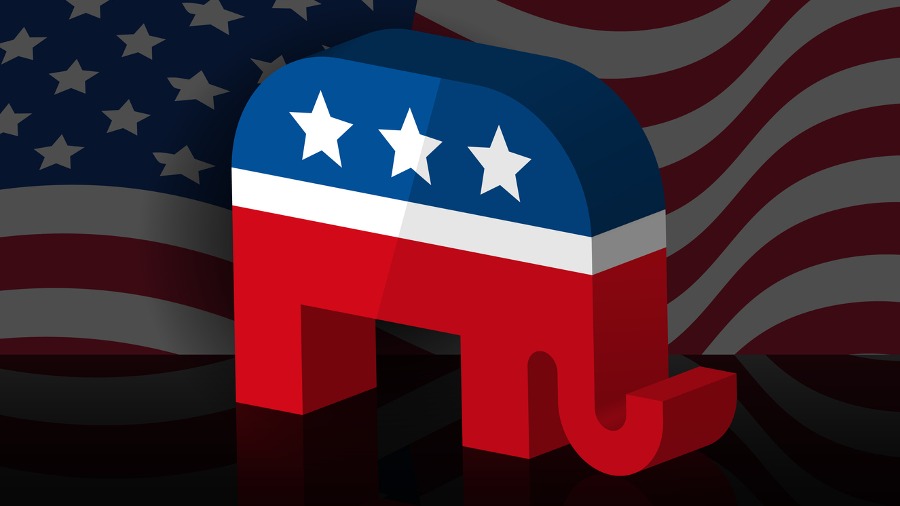 Remember President Joe Biden’s Disinformation Governance Board? It was so ridiculed that the administration quickly scaled it back and then shut it down. But beware, Biden is resorting to more secretive methods — a vast censorship operation in collusion with Silicon Valley — to tighten the screws on what Americans can say. It’s all justified by phony FBI statistics claiming a surge in domestic violence and terrorism.

A report released Nov. 4 by Republican members of the House Judiciary Committee shows the deception the FBI is using to justify Biden’s speech police. The chilling report documents, with whistleblower testimony, the FBI’s role in silencing the Left’s opponents.

Republicans, who are likely to sweep into the House majority, are vowing to unmask Biden’s censorship scheme and the FBI’s lies.

FBI: ‘Rotted at Its Core’

According to the report, federal officials in the White House, the FBI, the Department of Homeland Security and throughout the Biden administration have been meeting behind closed doors with Facebook, YouTube and other social media executives to decide what to take down and whom to muzzle.

You thought DHS was about protecting Americans. Under Biden, DHS is being commandeered to muzzle half of us.

And that’s just for starters. To help the Biden administration identify and crack down on political critics, Facebook actually feeds the FBI a steady stream of private information about its users, according to an agency whistleblower. Be careful what you post. You’re inviting the FBI into your life.

The Republican’s report claims the FBI is “rotted at its core.”

The report alleges the FBI and Facebook have a “special” two-way relationship. On the one hand, Facebook hosts a portal through which government officials only can send emails to Facebook flagging content they want suppressed. On the other hand, Facebook tips off the FBI about users, providing information the FBI would otherwise not be able to get without jumping through legal hoops.

To justify this heavy handed monitoring of Americans, the agency is “artificially padding domestic violent extremism statistics by pressuring agents to reclassify investigations.” The Biden administration is claiming domestic violence is increasing “significantly” when it’s not. The agency is creating “a misleading narrative that domestic terrorism is organically surging around the country.”

A Republican House victory would put the GOP in charge of the House Judiciary Committee with subpoena power. Rep. Jim Jordan (R-Ohio), who would become the committee chair, is vowing to pursue a full investigation. Not a minute too soon. As Jordan’s report reminds us, “the FBI has the power quite literally to ruin a person’s life.”

Biden has also turned the Department of Homeland Security into “a taxpayer-funded censorship campaign,” according to a Nov. 3 letter from the House Oversight Committee’s Republican members to DHS Secretary Alejandro Mayorkas. It says DHS is targeting “political speech unfavorable to the Administration, especially around its handling of COVID-19 policy.”

DHS’ strategy for the coming years, contained in its draft “Quadrennial Homeland Security Review,” includes suppressing “inaccurate information” on topics from the origins of COVID-19 to the current war in Ukraine. It’s the Disinformation Governance Board with more power.

You thought DHS was about protecting Americans. Under Biden, DHS is being commandeered to muzzle half of us.

Moving Action from the Courtroom to Congress

The Louisiana and Missouri attorneys general are suing the Biden administration for censorship, naming at least 67 Biden officials as defendants involved in the collusion with Facebook, YouTube, and until recently, Twitter.

The Republican takeover of the House would move the action from the courtroom to Congress, as Republicans take charge of the House Oversight Committee and turn its spotlight on this covert censorship scheme.

You don’t have to be a conservative or even follow politics to be harmed by the Left’s speech police.

Parents debating whether to mask or vaccinate their children against COVID want information. They’re injured when the internet removes scientific views that challenge the administration’s claims.

When Beijing residents protested COVID lockdowns and demanded an end to mass testing, the Chinese Communist Party erased every trace of the incident from the internet. That’s how it’s done in China, a despotic regime. Americans don’t want their country to be like China.

Republicans now need to secure the House victory, tear down the Left’s censorship operation and clean out the FBI.