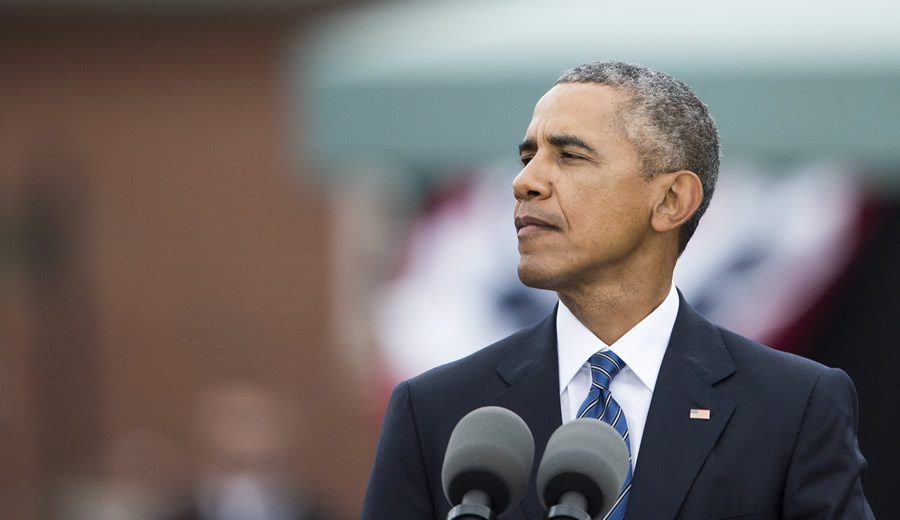 President Barack Obama delivers remarks at a ceremony honoring 18th Chairman of the Joint Chiefs of Staff Gen. Martin E. Dempsey on Sept. 25, 2015 at the Joint Base Myer-Henderson Hall in Washington, D.C.

Twitter deliberately censored comments hostile to President Obama during a Q&A he gave on the platform, a new report says.

According to Buzzfeed News, citing a company insider, then-CEO Dick Costolo secretly ordered Twitter employees to filter out abusive replies to the president during his May 2015 #AskPOTUS digital town hall. The company did so both by creating an algorithm to automatically filter out abuse and by manually removing certain tweets that slipped through.

Buzzfeed’s report is based on multiple inside sources, one of whom said that many senior employees were kept in the dark about the censorship in fear they would strongly object.

Another source told Buzzfeed the company engaged in similar suppression for a Caitlyn Jenner Q&A held around the same time. The censored discussions were allegedly part of a company effort to woo celebrities into hosting more Q&As on Twitter rather than other websites like Reddit.

These revelations are quite awkward, given Twitter’s repeated public stands against censorship and its self-proclaimed status as the “free speech wing of the free speech party.”

“We strive not to remove Tweets on the basis of their content,” the company said in 2011, arguing that it tried to restrict censorship to deleting spam and illegal content.

Twitter has also targeted websites such as Politiwhoops, which archived deleted tweets by public figures in an effort to hold them accountable.