"There are certainly Muslim charities that do not promote extremism and subsidize terrorism. Why should taxpayers all over the world fund a charity that does?” 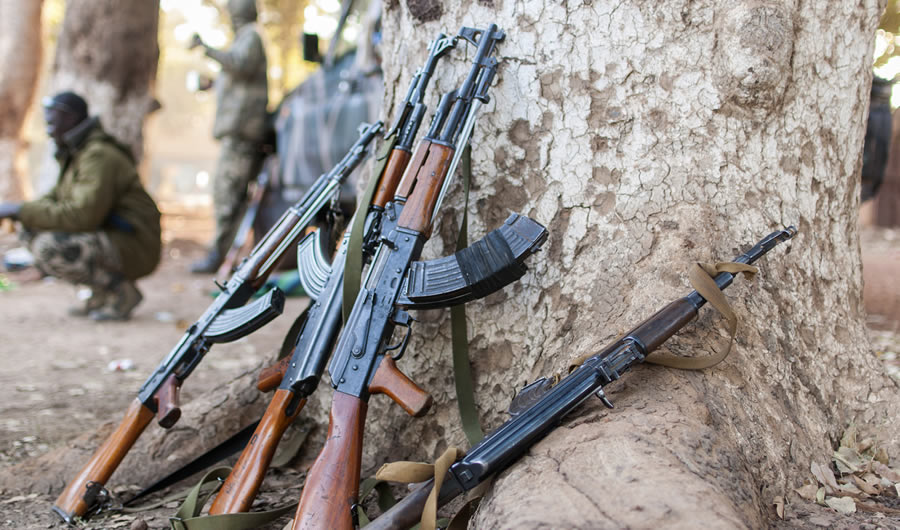 One of the largest Islamic charities in the world has financial ties to several terrorist organizations, according to a report obtained by The Daily Caller News Foundation.

Islamic Relief, the highly influential international nonprofit, receives funds from the Charitable Society for Social Welfare, for example, which was founded by Al-Qaida terrorist and “Bin Laden loyalist” Abdul Majeed Al-Zindani, the report says. Islamic Relief is also accused of financially supporting Hamas, the militant and political Islamist organization regarded by much of the international community as a terrorist group.

And Americans are helping foot the bill, according to the Middle East Forum (MEF), a conservative think tank based in Philadelphia that investigated and published the report. In the last 10 years, MEF says taxpayers from western countries have provided $80 million to Islamic Relief, which allegedly has a close relationship with networks of the Muslim Brotherhood, also considered by many to be a source of Islamic terrorism despite claims of violence denunciations.

A representative for the American arm of Islamic Relief told TheDCNF that MEF is trying to build conspiracies just based off of the notions that one Muslim happened to speak to another at some point in time.

“Islamic Relief has operated as a top-rated humanitarian organization for 25 years working to deliver relief and development in a non-discriminatory, dignified manner to vulnerable individuals in over 40 countries around the world,” Sharif Aly, CEO of Islamic Relief USA (IRUSA), said in a statement provided to TheDCNF. “IRUSA abides by strict standards of neutrality and impartiality in carrying out its overarching humanitarian mission.”

The latter group and Islamic Relief teamed up most recently to provide humanitarian and legal assistance to refugees in Greece.

“Islamic Relief USA is honored to be partnering with such an esteemed and effective organization like HIAS to protect refugees who are in great need of assistance,” Islamic Relief USA President Anwar Khan said in a statement published in January of 2018. “Our shared values have always been to help some of the most vulnerable populations around the world. With recent incidents of people not gaining access to essential services, and many having their rights violated, we will work to put a stop to these disturbing trends and promote the legal rights of all refugees.”

Nevertheless, MEF’s investigation also seems to reveal several examples of anti-Semitism — if not directly but by association — from top officials of Islamic Relief.

“It received over $700,000 of taxpayers’ money during the Obama administration,” Sam Westrop, author of the MEF report, told TheDCNF. “And now, under the Trump administration, public officials continue to speak at its events and legitimize it as a charitable institution. But this institution’s officials continue to promote some very uncharitable ideas: hatred of Jews, support for extremist ideologies, and praise for terror.”

MEF says Islamic Relief officials have “dined at the White House” and assumed positions as advisers within the U.S. Department of State.

And it’s not just public support, as corporate foundations and individual donors have provided the group with more than $4.3 million in roughly the last 17 years, according to MEF, with the largest single donation of $1.4 million coming from the Bill & Melinda Gates Foundation.

MEF lists a number of those highest up in the organization and some of their actions, which includes connections to religious figures who advocated for the killing of Jews and homosexuals, or similar advocacy themselves.

“Examples include Abdullah Hakim Quick, who claims that the Islamic position on homosexuality is ‘death’; Haitham Al-Haddad, who describes Jews as ‘pigs and apes’; and Abdul Nasir Jangda, who defends sex slavery and advocates killing apostates,” the section of the executive summary titled “hate preachers” reads.

And countries and organizations around the world have been starting to take notice in recent months.

“There is a reason for both United Arab Emirates and Israel banning Islamic Relief. There is a reason for two international banks shutting down its accounts. And there is reason for investigations by European officials into Islamic Relief’s promotion of extremist preachers who advocate violence and hate,” said Westrop. “Now it’s time for American politicians and law enforcement to look into those reasons, stop funding Islamic Relief’s work, and start challenging the pernicious extremism spread by this international franchise and its Islamist operatives in the U.S.”

Islamic Relief, however, is defending itself against what it sees as deeply flawed and often flat-out incorrect accusations.

“Any suggestion that IRUSA is, or has been, susceptible to undue influence by third parties is patently false and wholly inconsistent with the history of our humanitarian work and programming, as well as our demonstrated record of operating as a transparent, accountable and legally compliant non-profit institution in the United States,” Aly continued. “IRUSA and its officials, trustees and staff firmly and unequivocally denounce any allegations that it has ties to terrorists or terror-linked organizations.”

Of course, despite some of the good work that Islamic Relief does do in many parts of the world, MEF thinks that there are critical problems that vastly outweigh its efforts.

“Ultimately, if Western governments are serious about fighting the intolerant, divisive and violent effects of global Islamism, then Islamic Relief must be shut down,” the report concludes. “It is the flagship institution of lawful Islamism in the West. There are certainly Muslim charities that do not promote extremism and subsidize terrorism. Why should taxpayers all over the world fund a charity that does?”