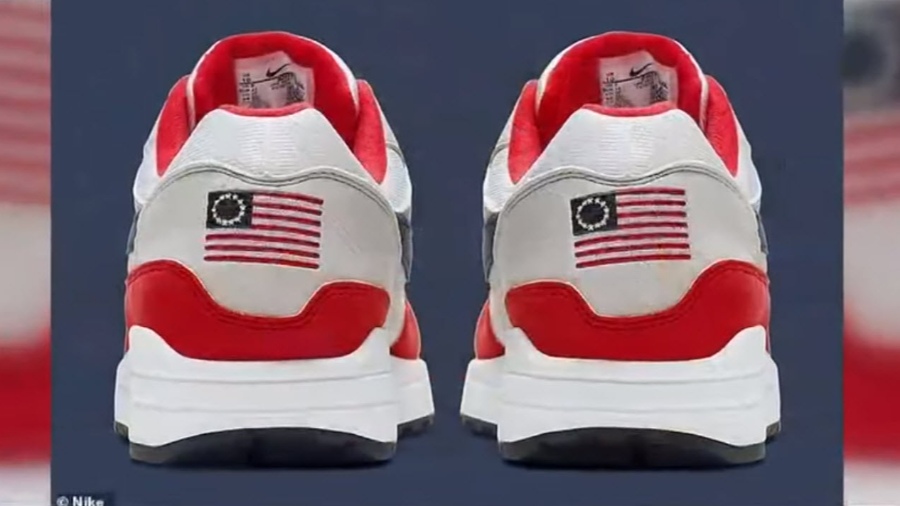 Nike is recalling an American flag-themed sneaker after former NFL quarterback Colin Kaepernick complained that it harkened back to the slave era, The Wall Street Journal is reporting.

Nike had already delivered the Air Max 1 USA sneakers to stores when Kaepernick, a Nike endorser, complained about a Revolutionary War-era version of the flag stitched on the back of the shoe, according to The Journal.

The flag, designed by Betsy Ross, has 13 stars in a circle with 13 red and white stripes to represent the original colonies.

A Nike spokeswoman confirmed to The Journal that the shoes were pulled from shelves because of the flag.

“Nike has chosen not to release the Air Max 1 Quick Strike Fourth of July as it featured the old version of the American flag,” the spokeswoman said.

Kaepenick gained notoriety when he began kneeling at NFL games during the National Anthem in protest of police brutality. He has not played in the NFL since 2016, but settled with the league on Feb. 15 over complaints that team owners colluded to prevent him from being signed with a team.

Nike signed Kaepernick to an endorsement deal in September.

V Is for Victimism: A Message in a Bottle for Students in 2040