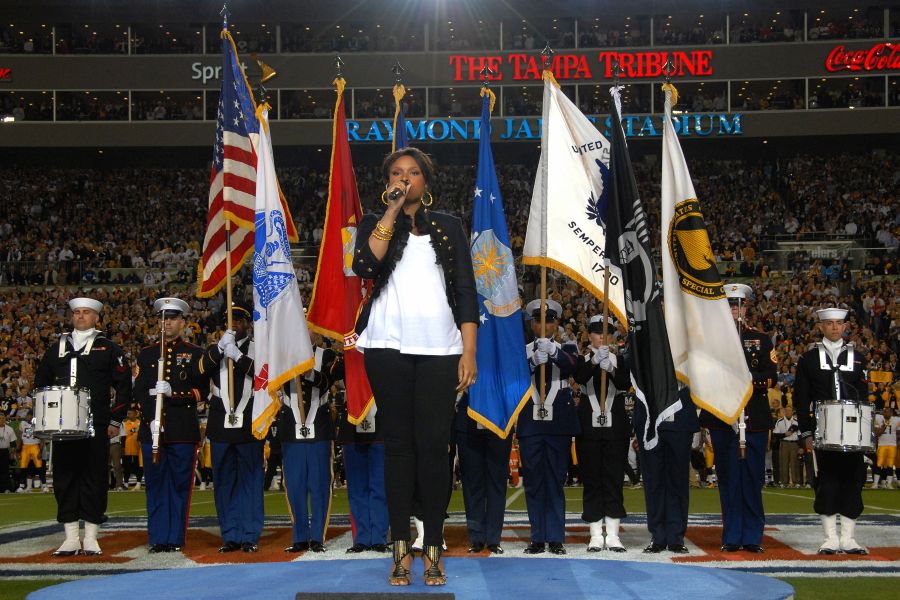 A lot of people are talking about (and I don’t know why) a Yahoo music editor’s article calling for replacing “The Star-Spangled Banner” as America’s National Anthem, possibly with “Imagine” by John Lennon. The excuse is that Francis Scott Key was a slaveholder. (He also represented slaves trying to win their freedom in court, pro bono.), Also, that the never-sung third verse is “blatantly racist” (although his use of the term “slave” has been hotly debated and might mean people pressed into service by the British Navy. Oh and by the way, did I mention that it’s never sung?)

This is hardly the first time anyone’s wanted to replace “The Star-Spangled Banner,” although until now, it’s usually been because it’s so hard to sing. (The tune was taken from a drinking song with a high note you practically have to be drunk to attempt to hit.) The choice to replace it was usually Irving Berlin’s “God Bless America,” but we can’t have that now! Referring to God is almost as un-PC as honoring a slaveholder.

But what about “Imagine”? Look, I love the Beatles, but that has to be the most over-praised song of the past century. Even Lennon admitted that it’s basically the Communist Manifesto set to music. Radical leftists love it because it paints a picture of a utopian world without national borders, private property or religion. Lennon often found himself having to correct their interpretations and reminding them that he wasn’t advocating for those things, he was just suggesting “imagining” that we didn’t have all those differences so we could work together globally.

But people DO have differences, and as experience has taught us, leftist prescriptions, like taking away religious freedom and property rights, do nothing but make them angrier and more likely for those differences to flare into war. Besides, imposing that “utopia” requires an ironfisted oppressive government, which isn’t likely in a world without borders. If the song has a dreamlike quality, that’s because it is a dream. A pipe dream.

Separating the Creation from Its Creator

Besides, if we had to do away with every song because the writer wasn’t a saint, we wouldn’t have much music left, and that includes John Lennon music. Wonder what the cancel culture would do if they realized John wrote a song intended as a feminist anthem that was called “Woman is the (N-word) of the World”?

As with all art, we have to learn to separate the creation from the creator. Francis Scott Key was a flawed human being, as are all human beings, but he gave us a great song that represents a great nation, and it stands for all our people. Some of the most inspiring renditions of it were performed by black entertainers, from Mahalia Jackson to Jimi Hendrix to Whitney Houston.

If You’re Talking About Destruction, Count Me Out!

If the statue-smashing radicals really want to learn from the wisdom of John Lennon, I’d recommend instead a far better song: “Revolution.”

“You say you want a revolution, well, you know, we all want to change the world…

But when you talk about destruction, don’t you know that you can count me out…

You say you got a real solution, well, you know, we’d all love to see the plan.

You ask me for a contribution, well, you know, we’re all doing what we can.

But if you want money for people with minds that hate, all I can tell is brother you have to wait…

You say you’ll change the Constitution, well, you know, we all want to change your head.

You tell me it’s the institution, well, you know, you better free your mind instead.

But if you go carrying pictures of Chairman Mao, you ain’t gonna make it with anyone anyhow…”

Let’s Hope the Hollywood Fiasco With ‘Imagine’ Wakes Americans Up