FDR’s New Deal teaches lessons that we'd all do well to remember today. Here are three of the most important takeaways. 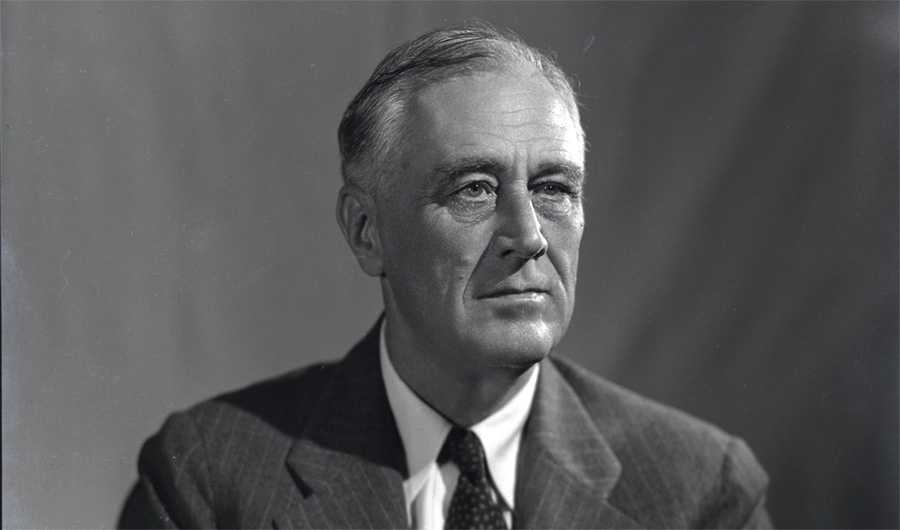 The Law and Justice Party of the Polish government is borrowing an old name from American history as a label for a new program of its own. A Polish “New Deal” would draw inspiration from President Franklin Roosevelt’s economic plan of the 1930s, also called the “New Deal.”

Skepticism for the “New Deal”

As an American historian with a special love for Poland, I must urge Poles to view this development with great skepticism. The passage of time and more recent, objective analyses of FDR’s program prove the experiment a monumental failure. No government anywhere should try to repeat it. We all have an opportunity to learn the lessons of Roosevelt’s mistakes.

Like FDR’s New Deal of 1933, the Polish New Deal of 2021 is wrapped with seductive promises and undeserved confidence in government planning. If history is any guide, it is likely they will end up at the same dead end. The promises will eventually be seen as cynical wrapping paper for plans that went bust, soaked the taxpayers, lined the pockets of politicians, empowered bureaucracies, and jeopardized the economic well-being of citizens by making them ever more dependent upon the State.

Under the proposed Polish New Deal, the wise nanny state will sketch a blueprint for health; ensure that workers get the proper pay for the right jobs; lay its helpful hand on families, schools and the climate; and everywhere involve itself in the lives and decisions of private, peaceful citizens. Sounds so appealing on the surface, doesn’t it?

In the midst of the Great Depression, many Americans put common sense aside and accepted Franklin Roosevelt’s beguiling promises. But decades later, we know that those promises were rooted in politics, not economics, and that the New Deal was nothing more than a series of expensive blunders.

FDR’s own Treasury Secretary, Henry Morgenthau, declared in 1939 (six years after the start of the New Deal),

We have tried spending money. We are spending more than we have ever spent before and it does not work…I say after eight years of this Administration we have just as much unemployment as when we started, and an enormous debt to boot!

Roosevelt’s successor, Harry Truman, once said, “The only thing new in the world is the history you don’t know.” That observation applies especially well to what tens of millions of Americans have been taught about Franklin Delano Roosevelt.

In the midst of the Great Depression, many Americans put common sense aside and accepted Franklin Roosevelt’s beguiling promises. But decades later, we know that those promises were rooted in politics, not economics, and that the New Deal was nothing more than a series of expensive blunders.

Recent scholarship (such as historian Burton Folsom’s highly acclaimed book, New Deal or Raw Deal?) is exposing the once-popular myth that FDR saved us from the Great Depression.

Another example is a 2004 article by two UCLA economists — Harold L. Cole and Lee E. Ohanian — in the important mainstream Journal of Political Economy. They observed that Franklin Roosevelt extended the Great Depression by seven long years. “The economy was poised for a beautiful recovery,” the authors show, “but that recovery was stalled by these misguided policies.”

Loyola University economist Thomas DiLorenzo pointed out that six years after FDR took office, unemployment was almost six times the pre-Depression level. Per capita GDP, personal consumption expenditures, and net private investment were all lower in 1939 than they were in 1929.

Hell Bent for Election was written by James P. Warburg, a banker who witnessed the 1932 election and the first two years of Roosevelt’s first term from the inside. Warburg, the son of prominent financier and Federal Reserve cofounder Paul Warburg, was no less than a high-level financial adviser to FDR himself. Disillusioned with the President, he left the administration in 1934 and wrote his book a year later.

Warburg offered this assessment of the man who betrayed him and the country:

Was FDR an economic wizard? Warburg reveals nothing of the sort, observing that FDR was “undeniably and shockingly superficial about anything that relates to finance.” He was driven not by logic, facts, or humility but by “his emotional desires, predilections, and prejudices.”

“Mr. Roosevelt,” wrote Warburg, “gives me the impression that he can really believe what he wants to believe, really think what he wants to think, and really remember what he wants to remember, to a greater extent than anyone I have ever known.” Less charitable observers might diagnose the problem as “delusions of grandeur.” Warburg continued,

I believe that Mr. Roosevelt is so charmed with the fun of brandishing the band leader’s baton at the head of the parade, so pleased with the picture he sees of himself, that he is no longer capable of recognizing that the human power to lead is limited, that the ‘new ideas’ of leadership dished up to him by his bright young men in the Brain Trust are nothing but old ideas that have been tried before, and that one cannot uphold the social order defined in the Constitution and at the same time undermine it.

An old myth, one that seems silly now in hindsight, suggested that FDR’s New Deal saved America from an economic calamity caused by laissez-faire capitalism. Nothing could be more remote from the truth.

The allegedly non-interventionist administration of President Herbert Hoover jacked up tariffs in 1930, igniting a world-wide trade war and crushing employment in industries dependent upon trade. Then in 1932, the same administration doubled the income tax. When Franklin Roosevelt ran against Hoover in 1932, he assailed Hoover for imposing “the greatest taxing and spending administration” in American history. Then Roosevelt went on to do more of the same, which stifled recovery for the next seven years.

World War II didn’t end the Depression either. Unemployment fell dramatically in large part because 11 million men were removed from the labor force and shipped to Europe and the Pacific. But standards of living stagnated or fell during the war years. Recovery finally came when FDR was gone, the New Deal was abandoned, government spending was drastically slashed, trade barriers began to come down, and taxes on business income were reduced by more than half.

Did FDR’s New Deal put people to work? Some still applaud the government employment programs he started. But if a thief robs you and then spends your money at his favorite grocery store, would you say he was a grocery store job creator? Only if you forget that every zloty (the basic monetary unit of Poland) he spent there was precisely a zloty you no longer had to spend yourself.

Roosevelt created many programs that robbed Peter to pay Paul and set up an expensive bureaucracy to do it. And he spent the money in ways that were intended to entrench the power of his Democratic Party. After all, he was a human being corrupted by power, not an angel from Heaven.

A common defense of FDR goes like this: “OK, so his New Deal didn’t work out so well but at least he gave permanent shelter to the elderly by creating Social Security!” That ignores the long-term negative side of the program. It is financially unsustainable. In spite of many tax increases over the years, Social Security is headed for insolvency by 2035. If you judge anything by its short-term effects only, you may find yourself in deep trouble when the long-term effects show up.

FDR’s New Deal teaches lessons that both Americans and Poles today would do well to heed. Here is how I would summarize those lessons:

1. Government has nothing to give anybody except what it first takes from somebody — from either the taxpayers of today or those of tomorrow.

2. Government is essentially redistributive. Like a thief, it rarely creates new wealth. It takes existing wealth, wastes a lot of it, buys votes with it, makes people dependent on it, and never admits to its own shortcomings and inefficiencies.

3. Never judge anything, especially the programs of politicians, by the good intentions they express. Consider instead what the long-term consequences might be for everybody. Remember: there is usually a painful “hangover” after a wild party.

Poland is a great country, with a rich history of hard-working people and courageous heroes who earned the country its freedom and independence. What a shame it would be if that heritage were replaced with a new dependence on State power. Worse yet, to build such dependence on false premises and mistaken history would be a national tragedy.

Editor’s Note: This article was written for the Instytut Misesa in Poland and published in Polish on May 7, 2021. Above is the English version. (The Polish version is here).