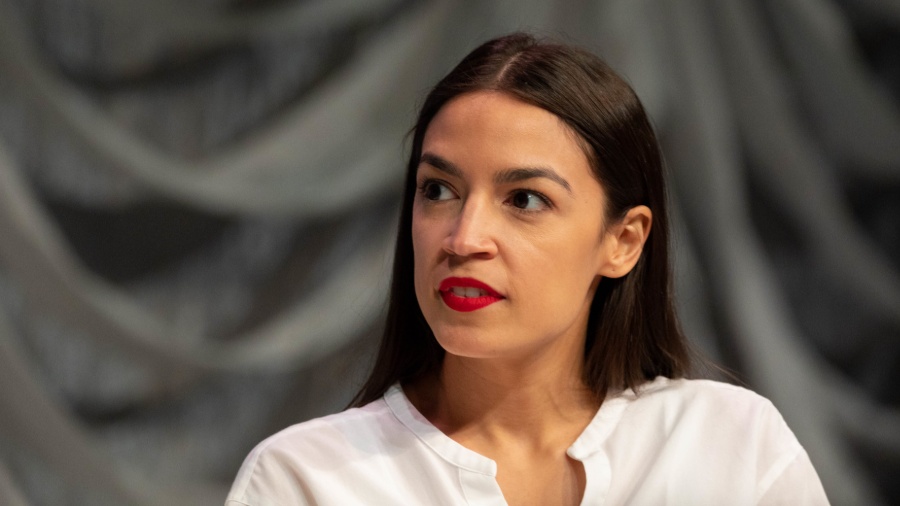 Rep. Alexandria Ocasio-Cortez suggested to her millions of Twitter followers that a “fracking” site she visited was releasing toxic emissions, but experts pointed out that the site is not even fracking, and the video she tweeted about caught heat signatures — not emissions.

Ocasio-Cortez, D-N.Y., visited Colorado on Saturday to attend Boulder County’s Truman dinner and headlined a Green New Deal event at Boulder High School. On that same day, she visited a “fracking” site in Broomfield and tweeted about it.

“I’m in Colorado [with Democrat Rep. Joe Neguse] visiting communities whose air is being poisoned by fracking. What we’re seeing is appalling. Companies are building fracking sites on public lands, across the street from schools + homes. Their toxic emissions are invisible. This camera sees them,” the freshman congresswoman wrote.

Included in her tweet was a video of the fracking facility, along with an infrared camera that, she suggested, caught toxins emanating from the site. The tweet has since garnered over 16,000 retweets.

I’m in Colorado w/ @JoeNeguse visiting communities whose air is being poisoned by fracking.

What we’re seeing is appalling. Companies are building fracking sites on public lands, across the street from schools + homes.

Their toxic emissions are invisible. This camera sees them. pic.twitter.com/Kem0MT1lMj

However, oil and gas experts who spoke to The Daily Caller News Foundation confirmed that the images caught on Ocasio-Cortez’s infrared camera were just heat signatures, not toxic emissions. In fact, they also noted that no fracking is even taking place at this particular site.

“Statements regarding an infrared (FLIR) video tweeted by Congresswoman Ocasio-Cortez yesterday evening are categorically false. In the short video, the congresswoman claimed to see ‘toxic emissions’ through a camera and stated that the air was being ‘poisoned’ by oil and gas development. In reality, the operations she was viewing have been lauded as among the best anywhere in the United States for their management practices and facility designs that protect air quality, public health and the environment,” Brian Cain, a spokesman for Extraction Oil & Gas, said to The Daily Caller News Foundation on Monday.

“Using an infrared camera, the Congresswoman claimed to see ‘invisible emissions,’ when she was actually witnessing a heat signature caused by high-temperature (200-plus degrees) synthetic drilling mud being circulated to the surface against cooler fall temperatures in Broomfield,” Cain continued. “In fact, the camera angle used in the video viewed an area of our site that does not even include a possible source for the types of emissions being claimed.”

The rig is actually electric, which plugs into the grid, and is able to operate almost silently. Around the clock air monitoring is conducted in Broomfield, and all air results are consistently “well below any levels of concern,” according to Cain.

The Colorado Oil and Gas Association confirmed that no hydraulic fracturing was taking place in Ocasio-Cortez’s video. Fracking, it added, does not take place until after the hole is drilled and rig work is finished. A spokesman for the association also noted that there can be confusion regarding infrared imaging.

“A Forward-Looking Infrared Radar (FLIR) camera like the one being used in the video can identify emissions, but it also picks up thermal differentials, such as heat, so it’s very important that whoever is using the camera is trained to understand and identify the various elements within the image itself,” Colorado Oil and Gas Association spokesman Scott Prestidge said Monday to The Daily Caller News Foundation. “The image may be black and white, but understanding the shades of gray is pretty important.”

Chris Wright, CEO of Liberty Oilfield Services, examined the video and also confirmed that no fracking was taking place.

“The video is of a drilling rig. There is indeed no fracking (hydraulic fracturing) going on at that location. They mention volatile organic compounds (VOC’s) in the video. I suggest they point their same device at a brewery or bakery to see similar levels of emissions if they do indeed have an highly sensitive camera,” Wright said to The Daily Caller News Foundation.

It was a Democrat who appears to have been the first to point out Ocasio-Cortez’s misleading claim.

“Interesting video, but [Ocasio-Cortez,] there is no fracking occurring at the site as shown and no way to determine compliance or lack thereof with CO air standards. As Dems, we do ourselves no favors when we ignore science and facts. Happy to discuss energy and the West any time,” Mary Throne, a Wyoming Democratic public service commissioner, wrote in response to Ocasio-Cortez’s tweet.

A request for comment was not returned by Ocasio-Cortez’s office in time for publication.