‘Religious Institutions Have Been a Problem’: Andrew Cuomo Threatens to Shut Down Churches, Synagogues 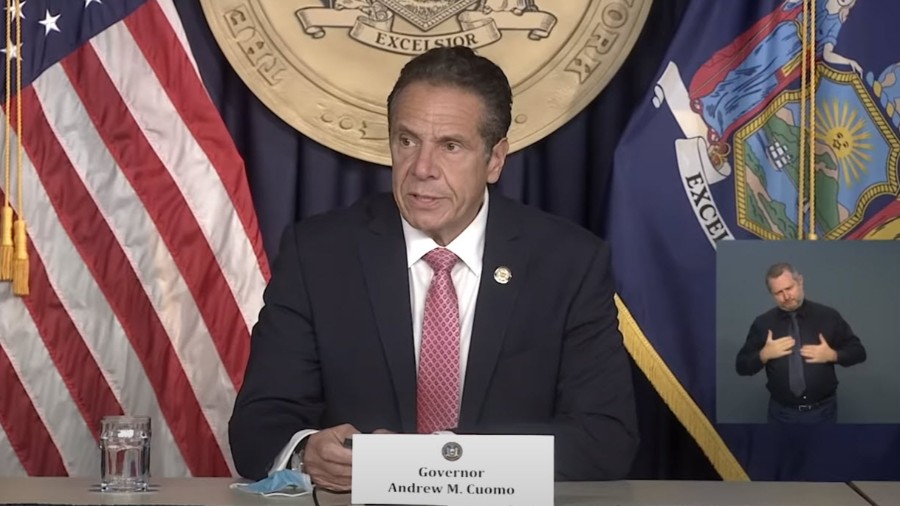 .@NYGovCuomo blames large gatherings in the Hasidic community for spread of COVID-19 — highlights selichot in Satmar-Kiryas Joel and event in Chabad-Crown Heights as examples of social distancing violations pic.twitter.com/qcHDC9bwhJ

The governor referred to pictures from “the past couple of weeks,” calling the pictures “emblematic” of the mass religious gatherings occurring during the pandemic.

It appears that the photos that Cuomo referred to are from 2006 and show the funeral of Rabbi Moshe Teitelbaum, according to Jewish Insider’s Jacob Kornbluh. Cuomo’s office did not immediately respond to a press inquiry regarding the photos.

Cuomo said that he understood that closing down religious institutions can lead to “uncomfortable” situations, but that he will tell the Orthodox community on Tuesday: “If you’re not willing to live with these rules, then I’m going to close the synagogues.”

“I have had a 30-year relationship with the Orthodox community,” he added.

“It goes back to my father. I have a very close personal relationship with them. This is the last thing I want to do, forget the politics, I don’t care about that anymore. Personally, I don’t want to have this conversation. It’s a difficult conversation. And you’re right on the line of government intrusion on religion. So it’s hard.”

Gov. Andrew Cuomo: "I have to say to the Orthodox community tomorrow, 'If you're not willing to live with these rules, then I'm going to close the synagogues.'" pic.twitter.com/QWOPvZMbFI

The New York governor also described how health department officials can help monitor whether religious institutions are following coronavirus restrictions. He offered the example of a Nassau County Department of Health Official who is stationed in front of St. Peter’s church.

“The capacity is 150,” he said, speaking as a hypothetical state official running the task force. “You stand at the front door. When they go over 75, you close the door and call me. And if you have any problem, the state police officer is down the block, and he will come help you.”