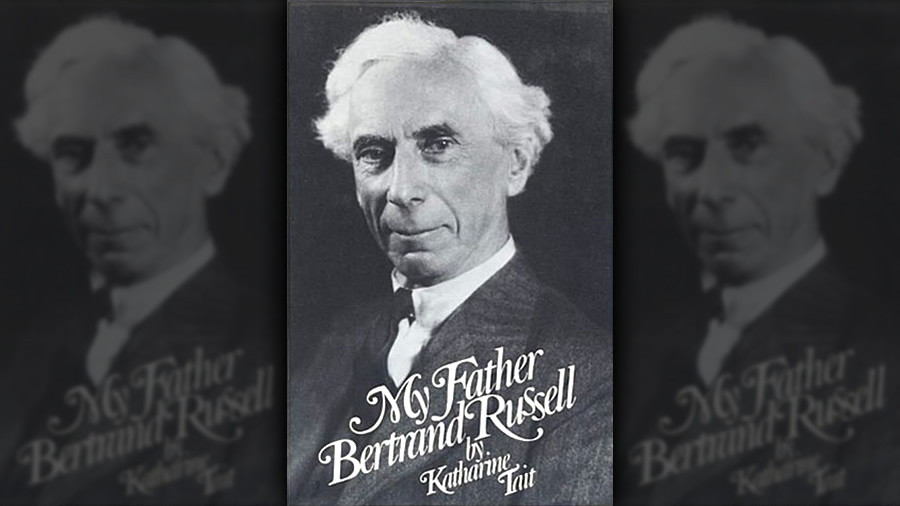 A friend recently suggested I pick up a copy of My Father, Bertrand Russell, which was written by his daughter Katharine Tait in 1975. It was absolutely fascinating. She starts with her earliest memories growing up in London and closes the book with these words: “He was the most fascinating man I have ever known, the only man I ever loved, the greatest man I shall ever meet, the wittiest, the gayest, the most charming. It was a privilege to know him, and I thank God he was my father.”

Even though Bertrand Russell was one of the most famous atheists of the 20th century, his daughter became a Christian. While she writes the book with obvious love and fondness for her father, she also notes some fascinating contradictions in his life.

Here are a five of her memorable quotes. I hope you will get a copy of the book and read it for yourself.

Christians were mocked for imagining that man is important in the vast scheme of the universe, even the high point of all creation — and yet my father thought man and his preservation the most important thing in the world, and he lived in hopes of a better life to come (p. 184).

My father did not intend his education to be propaganda; he always wanted us to consider both sides and then make up our minds. “Considering both sides” meant hearing the opinions on both sides as well as studying the facts … In practice, at Beacon Hill, “making up our own minds” usually meant agreeing with my father … There was never a cogent presentation of the Christian faith, for instance, from someone who really believed in it. (p. 94)

I doubt if my father ever believed in behaviorism quite as thoroughly as he appears to in his book on education; he was far too much the passionate moralist. He may have thought that the right conditioning of his children would produce the right kind of people, but he certainly didn’t consider himself the inevitable result of his own conditioning. (p. 62)

My father was a feminist too, of course. His parents had been feminists, his first wife a feminist, he had campaigned for women’s votes long before it was fashionable. But feminism did not mean the same to him as to my mother. He was willing to treat her with absolute respect grant her every possible privilege, but he wanted her to make being his wife her career, and it was not a career she would have chosen for herself. (p. 50)

Somewhere at the back of my father’s mind at the bottom of his heart, in the depths of his soul, there’s an empty space that had once been filled by God, and he never found anything else to put in it. He wrote of it in letters during the First World War, and once he said that human affection was to him “at bottom at attempt to escape from the vain search for God.” (p. 185)