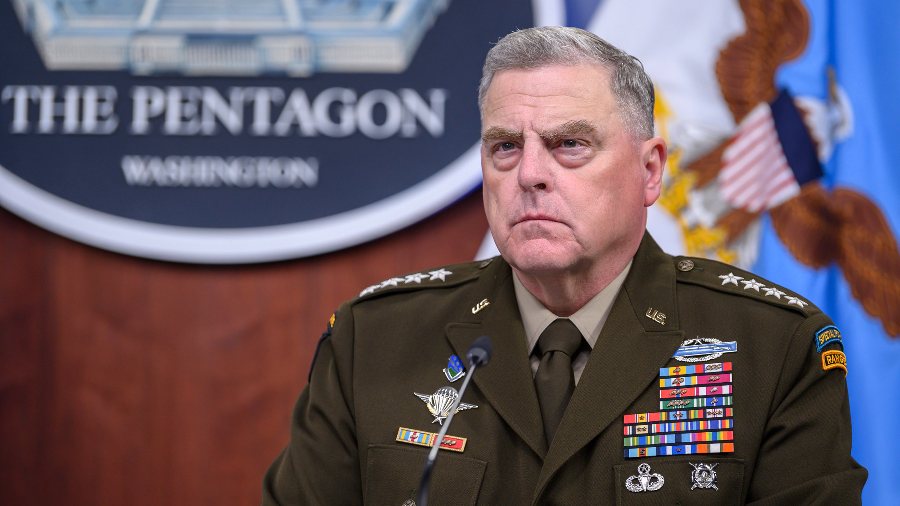 Gen. Mark Milley, the chairman of the Joint Chiefs of Staff, was so worried then-President Donald Trump might launch a surprise attack against China that he reached out to his Chinese counterpart and assured General Li Zuocheng that Milley would preemptively warn China. That, at least, is the salacious allegation in the new book, Peril, co-written by Bob Woodward and Robert Costa.

“General Li, I want to assure you that the American government is stable and everything is going to be okay,” Milley is quoted as saying. “We are not going to attack or conduct any kinetic operations against you.”

Peril is based on more than 200 interviews and includes some quotes and context that suggest Milley is a key source for the book. The book documents private conversations between Milley and House Speaker Nancy Pelosi, his senior staff, then-Secretary of State Mike Pompeo and Gen. Li, among others.

Based on the initial release — to be sure, Woodward is a master of prerelease self-aggrandizement — it seems Milley took it into his own hands to bypass the civilian chain of command in order to prevent his commander in chief from going to war. Progressives may breathe easy that Milley did this. But the historic precedent would be terrible. This would amount to more of a coup than the incursion into the U.S. Capitol on Jan. 6, 2021.

A military commander rallying the military leadership to ignore the president is not something anyone should condone. Frankly, if, given the circumstances, one condones it, one should at least also support Milley now retiring promptly to signal that his actions, while they might be acceptable in those circumstances, cannot be condoned as precedent.

Did Woodward Trip Up?

What if Woodward has it wrong? He notoriously got wrong a meeting Donald Rumsfeld had in the runup to the Iraq War. Woodward claimed Rumsfeld did not have a meeting. Rumsfeld, in his own book, claimed to have had. But Rumsfeld produced not only his appointment book showing the meeting, but also the contemporaneously written notes about that meeting. Not only does his own arrogance sometimes trip him up, but sometimes Woodward’s sources do also.

Jonathan Swan of Axios is inarguably one of the most respected reporters in Washington today. He is trusted across parties and has incredible sources. According to his reporting, Trump’s secretary of defense, Mike Esper, received intelligence reports the Chinese expected Trump to attack. According to Swan, Esper knew the Chinese intelligence was flawed and feared they might make a preemptive strike of their own.

Esper requested his deputies use back channels to ensure the Chinese knew we knew what their intelligence said and that their intelligence was wrong. Esper further ordered a postponement of some American naval activities in the Pacific so the Chinese did not get spooked. Milley was one of the people who worked back channels to defuse the situation.

Swan, in his reporting, writes, “Even some of (Milley’s) friends are cringing over his extensive and high-profile scenes in these books and perceptions that he’s participated on ‘deep background’ with multiple authors.”

Could it be as simple as Milley, a man with a very well-known ego, decided to make himself the hero of the story? Given the direct quotations from private conversations in the book and Swan’s subsequent reporting, there is no doubt that Milley is a key source for Woodward.

It seems entirely plausible that Milley cut Esper out of his retelling of the story and made it seem like Milley was the hero. For a variety of reasons, this would be deeply, deeply troubling. Milley would, essentially, be writing the civilian chain of command out of the true history and claiming he alone took the responsibility. It would be Milley claiming he, the chairman of the Joint Chiefs of Staff, proactively bypassed his civilian commanders to tell the Chinese that he would leak military orders to them.

That seems most plausible, makes Milley an ego-driven fabulist and is another reason he should resign or be fired. Perhaps President Joe Biden can make Milley the fall guy for Afghanistan.