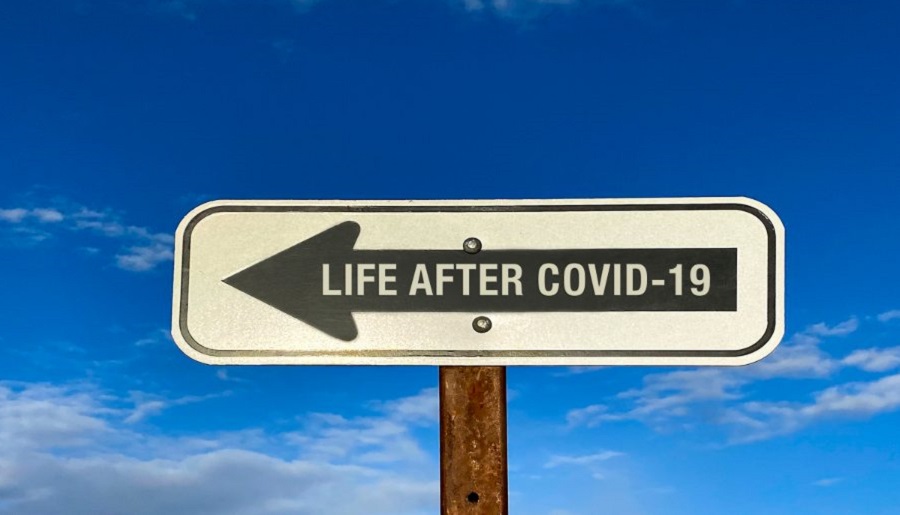 We began the month of May with a necessary interview with the presumptive Democratic presidential nominee, Joe Biden, about a sexual-assault allegation. The questioning, of course, came after an introduction that included the unholy litany of accusations against the current president of the United States.

The Biden interview came a few days after a midnight tweet from the president ridiculing a number of media personalities in cruel ways, including the journalist interviewing Biden. And before that tweet was another from the president, announcing that he would be virtually attending Mass at St. Patrick’s Cathedral the next morning. During the Mass, Cardinal Timothy Dolan acknowledged the president, which predictably incited some anger and politics in the comments on YouTube. But I saw that over 20,000 people were watching, and couldn’t help but pray that miracles were happening: little seeds of encounter with God, even through a screen.

I normally work overtime not to let life — or even a column — revolve around tweets, even presidential ones. But I think these two particular ones offer a critical chance for national reflection.

We’ve had our lives upended in many ways. Coronavirus has become the priority. Even if we are trying to live as normally as possible, the differences — the kids not being in school, the work meetings via Zoom, the physical masks we wear in a world of too many figurative masks — expose the reality. Many of us know that things won’t be the same as before, even as we begin to emerge from quarantine in some places. And yet, you get the sense that the same-old is about to rear its head again — that we are going to fall into the same old politics that bring out the worst in so many of us.

That St. Patrick’s Mass with so many people tuned in gives me some hope that seeds are being planted. You’ve got to wonder, though, when a few days later, the president is back behaving badly on Twitter. But miracles can happen. We are desperately in need of some tone-changing.

The Road to Emmaus

During that Mass, Cardinal Dolan preached on the Gospel reading for the day, about the road to Emmaus. That’s the road Christians are meant to be on, always: walking with Jesus, recognizing God in His creations, even when we can’t be present for the sacraments of the church.

Both Donald Trump and Joe Biden talk about Christianity. Joe Biden professes to be Catholic, despite his position on abortion, the killing of the innocent unborn. Donald Trump said at the March for Life this January that everyone is made in the image and likeness of God. Does that include those he tweets about and insults? Even those in the media? Even Nancy Pelosi and “Sleepy Joe”? These are not moral equivalents, to be sure, but how do we look to our fellow man, really?

What this pandemic should be reminding us is that we are all equally vulnerable. Yes, some of us are more susceptible than others to COVID-19, but we will all be vulnerable to something in the end; we are all mortal beings. While some know death is coming sooner rather than later, are any of us ready? Can virtue be seen from our lives? Do we treat people with respect and defend life? I think we have to do both. This time could draw us together, instead of more violently apart, to love our neighbor and protect the vulnerable. Let’s do it for real — whether through the potentially noble service of politics, or through the gifts of family or community.

I don’t know if Joe Biden is guilty or not, but I do know we need to restart our culture’s stance on virtue. We are all sinners, but a society that values goodness and decency would be one that flushes many poisons out of our system. There needs to be a reboot. We probably can’t expect it from politics or from those with the loudest microphones, but we can start it by the choices we make, the conversations we engage in and the way we live our lives. May all these virtual encounters with faith, and “thoughts and prayers,” bear real fruit. As we reopen, let it be a Beatitudinal reset — a start in the virtues.