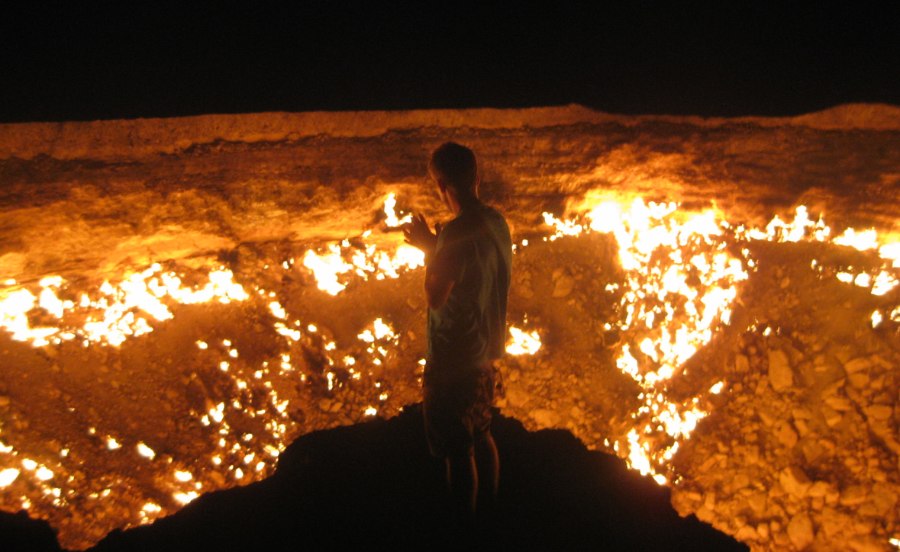 I will give you one more chance to bow down and worship the statue I have made when you hear the sound of the musical instruments. But if you refuse, you will be thrown immediately into the blazing furnace. And then what god will be able to rescue you from my power?” Daniel 3:15 (NLT)

King Nebuchadnezzar made a gold statue ninety feet tall and nine feet wide and set it up on the plain of Dura in the province of Babylon. Then he sent messages to the high officers, officials, governors, advisers, treasurers, judges, magistrates, and all the provincial officials to come to the dedication of the statue he had set up. So all these officials came and stood before the statue King Nebuchadnezzar had set up. Daniel 3:1-3 (NLT)

They Chose the Furnace Over Forsaking God

Imagine the scene; all the important people form across the Babylonian empire are gathered to worship Nebuchadnezzar’s statue. The statue was impressive, but so was the king himself, the gathering of officials being proof that he had such power over such a large empire. However, Shadrach, Meshach, and Abednego were not as impressed with the king and his statue as everyone else:

But there are some Jews—Shadrach, Meshach, and Abednego—whom you have put in charge of the province of Babylon. They pay no attention to you, Your Majesty. They refuse to serve your gods and do not worship the gold statue you have set up.” Daniel 3:12 (NLT)

Given the ultimatum to worship like everyone else, or be thrown into the furnace, they chose the furnace:

… we want to make it clear to you, Your Majesty, that we will never serve your gods or worship the gold statue you have set up.” Daniel 3:18 (NLT)

Shadrach, Meshach, and Abednego worshipped God courageously because they knew that God alone is worthy of worship. No matter how impressive Nebuchadnezzar, or his statue, or his power, or his empire might be, God is more impressive! By the end of the story the statue is forgotten.

Then the high officers, officials, governors, and advisers crowded around them and saw that the fire had not touched them. Not a hair on their heads was singed, and their clothing was not scorched. They didn’t even smell of smoke! Daniel 3:27 (NLT)

Are we ready to take a courageous stand when it comes to worship? People have worshiped seemingly impressive gods in every culture. Richard Foster, in his book Celebrating the Disciplined Life, speaks of three things which might tempt us to cave in our dedication to God; the worship of money, sex and power. I’m sure we can each add to this list the things that draw our eyes, that demand our worship. However, at the end of the day, by the end of the story, we will go from all eyes on such things, to all eyes on Jesus. No matter how impressive the people or things are that we worship today, they will be forgotten in the end. God will be front and center.

Shadrach, Meshach, and Abednego know that God alone is worthy of their worship, no matter what happens to them.

16 Shadrach, Meshach, and Abednego replied, “O Nebuchadnezzar, we do not need to defend ourselves before you. 17 If we are thrown into the blazing furnace, the God whom we serve is able to save us. He will rescue us from your power, Your Majesty. 18 But even if he doesn’t, we want to make it clear to you, Your Majesty, that we will never serve your gods or worship the gold statue you have set up.” Daniel 3:16-18 (NLT, emphasis added)

God is God, He is worthy of worship. God is God, and is worthy of worship whether He rescues us today or not. As we consider God’s people in exile in Babylon, the Babylonians might seem to be more powerful, for now. As we consider the early Christians, the Romans might seem to be more powerful than God, for now.

The Story Does Not End There

And as we consider our own lives, cancer, or some other disease, or aging, or the consequences of a car accident might seem more powerful than God, for now. However, God is God, even if there is no rescue from the furnace, or the lions, or disease, or violence, or whatever, for now. But the story is not over.

Do we know that God is worthy of our worship, even if there is no rescue? You might get sick. Many people may pray for you. You might die anyway. Is God not powerful enough to answer the prayers and rescue us? There is a bigger rescue operation underway, in Christ. By the end of the story, we will realize that God, who demonstrates his power and his love in Christ, is more impressive than anything that comes against us. All will realize Who is worthy of worship at the resurrection.

Thrown Into the Arms of God

24 But suddenly, Nebuchadnezzar jumped up in amazement and exclaimed to his advisers, “Didn’t we tie up three men and throw them into the furnace?”
“Yes, Your Majesty, we certainly did,” they replied.
25 “Look!” Nebuchadnezzar shouted. “I see four men, unbound, walking around in the fire unharmed! And the fourth looks like a god!” Daniel 3:24-25 (NLT)

There is discussion as to whether Jesus, the Holy Spirit or an angel was the fourth person Nebuchadnezzar saw walking around in the furnace. However we understand it, we are meant to know they were experiencing the presence of God. “The experience of God’s being with his people … comes only in the furnace, not in the being preserved from it” (Kennedy). We will experience God best in the furnace experiences of life, even when that is the experience of death. In being thrown to the mouths of the lions, many Christians have been thrown into the arms of God.

I Will Serve You, But Not Your Gods

One last thing: Shadrach, Meshach, and Abednego went back to serving the very people who tried to kill them. They continued to participate in a godless society, serving godless people. Their attitude was: “I will serve you, but not your gods.” As we seek to worship God alone, can we commit to serving those who have no such desire? Do we have the audacity to hold up God alone as worthy of worship, even when threatened with a furnace? Do we have the compassion that drives us to serve others, even those that might threaten us with a furnace? If so, we will be following in the footsteps of Shadrach, Meshach and Abednego, not to mention Jesus.

Helping People Connect With God in an Increasingly Godless Society

When I Encountered the Spirit of Jezebel in India