Reader Challenges the Assertion That Trump is Not Racist 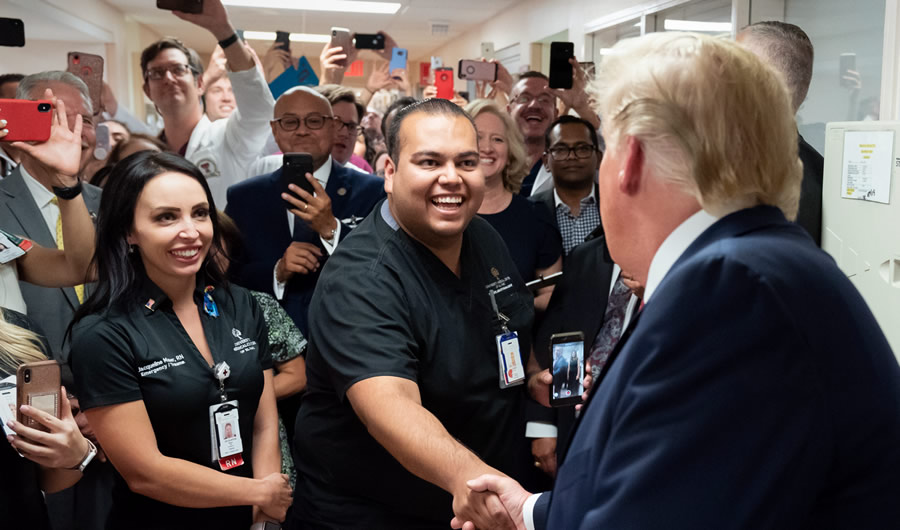 In answer to my commentary about Trump not being a racist, I got a letter from a reader bringing up the controversy over his remarks about U.S. District Court Judge Gonzalo Curiel, who was at that time presiding over a couple of civil suits against Trump University.

Did you write that there is no proof that Trump is a racist? Paul Ryan called Trump’s depiction of Judge Curiel as a Mexican who could not be unbiased the textbook definition of RACISM.

Trump’s critics — including Paul Ryan in 2016, though he still supported him for President over Hillary Clinton — have accused him of saying that U.S. District Court Judge Gonzalo Curiel couldn’t be fair because he is Mexican. And, yes, if someone made a blanket statement that Mexicans weren’t capable of being fair, that would be racist, very much so. But Trump was talking about a very specific set of circumstances. As the great Scott Adams (creator of “Dilbert” and expert on the psychology of bias) recently noted, “Trump indicated that Judge Curiel’s Mexican heritage might bias him against Trump because the media had painted Trump as an enemy of all Hispanics. In the legal process, calling out potential bias is normal and useful.”

If a black person were to be convicted of a serious crime by an all-white jury, you can bet some attorneys and civil rights activists would have a lot to say about it.

In other words, Trump was talking about his particular case and the fact that he personally had already been painted as anti-Mexican because of the wall issue. Trump was speculating that in this case, being of Mexican heritage might possibly color the judge’s view towards him.

Adams is right. We call out potential bias all the time in the legal process. Certainly, defense lawyers and civil rights groups do, and it very often has to do with race. For example, if a black person were to be convicted of a serious crime by an all-white jury, you can bet some attorneys and civil rights activists would have a lot to say about it, even if the verdict seemed perfectly well-reasoned to the white judge and all the white people in town.

What Did Trump Say?

It’s not always easy to find Trump’s exact quote in stories about his dealings with Judge Curiel. Often it comes just a paragraph or two from the end, preceded by misleading paraphrases. But here’s what then-candidate Trump said to Jake Tapper of CNN concerning the judge, who was then presiding over two class-action lawsuits against Trump University: “Now, this judge is of Mexican heritage. I’m building a wall, okay? I’m building a wall. We’re building a wall. He’s a Mexican. We’re building a wall between here and Mexico. The answer is, he’s giving us very unfair rulings — rulings that people can’t even believe.”

If you’d like to read a transcript of the entire exchange, here it is, in a story from CNN.

Trump’s critics have skewered him for calling Judge Curiel “a Mexican,” when the judge was born in Indiana. But, obviously, when Trump referred to Judge Curiel as “a Mexican,” he meant “of Mexican heritage,” because that’s the phrase he had used just a couple of sentences earlier. “Mexican” at that point was just verbal shorthand. But the New Yorker published an entire essay based on this gaffe, starting out this way: “The deliberate confusion of ethnicity for nationality is one of the most casually cruel rhetorical devices available in this country.” Whew.

Once again, Trump’s words were twisted for political ends into something he didn’t mean.

Trump’s speculation about having a judge of Mexican heritage preside over a case that involved him personally — after he had been relentlessly portrayed as hostile towards Mexicans — did not arise out of racism on his part but simply the fact that he has a functioning brain.

Trump met the inevitable criticism with a statement that said, “I do not feel that one’s heritage makes them incapable of being impartial, but based on the rulings that I have received in the Trump University civil case, I feel justified in questioning whether I have received a fair trial.”

(Ironically, in a case relating to the border wall, Judge Curiel ruled last year in a way Trump surely appreciated, giving the Department of Homeland Security wide discretion when it comes to border security. DHS had been sued by a coalition of environmental groups and the State of California, arguing that the government had relied on an outdated law to avoid complying with environmental regulations on three projects related to border fencing. California lost; the border projects could go forward. Judge Curiel has a reputation for being scrupulously fair.)

Anyway, once again, Trump’s words were twisted for political ends into something he didn’t mean. I have to admit, he brings a lot of this on himself with the cringe-inducing, imprecise way he often expresses himself. What the New Yorker calls “a casually cruel rhetorical device” is just Trump showing his lack of finesse within a hateful political environment in which a little finesse might help a lot. Sometimes he wields a hatchet when the job calls for those little cuticle scissors.

Still, even if President Trump somehow became Mr. Sensitive, the vicious and phony accusations of racism would never let up, because they are all that leftists have now. But those of us who know him personally, and those who perhaps have never met him but who “get” him, know that President Trump is not a racist.

By the way, the Scott Adams piece is great. Adams explains why people who believe a hoax like “Trump said white supremacists are fine people” will cling to it no matter what, even after they see the actual transcript of what he said, even after they see the video, even after the whole fallacy is patiently explained to them. No matter how many times we correct the record, there will still be people going around telling the lie. But maybe they won’t be able to convince OTHER people of the lie if we keep putting the truth out there.

P.S. – Here’s a perfect example of the way that treasured leftist narratives, no matter how many times they’re debunked, keep coming back to life more times than Count Dracula: Writing at Slate.com, Jim Newell attempted to defend one of Joe Biden’s many recent gaffes by writing this:

But at least, shortly thereafter, he successfully told off a Breitbart reporter who was trying to promote the conspiracy theory that the media had misrepresented President Donald Trump’s remarks after the lethal violence in Charlottesville, Virginia.

So insisting that we believe an accurate quote preserved on video rather than a biased and malicious twisting of the quote is now tantamount to “promoting a conspiracy theory”? I was glad to see that this was such a reach, even one of the readers of Slate called him out for it in the comments.