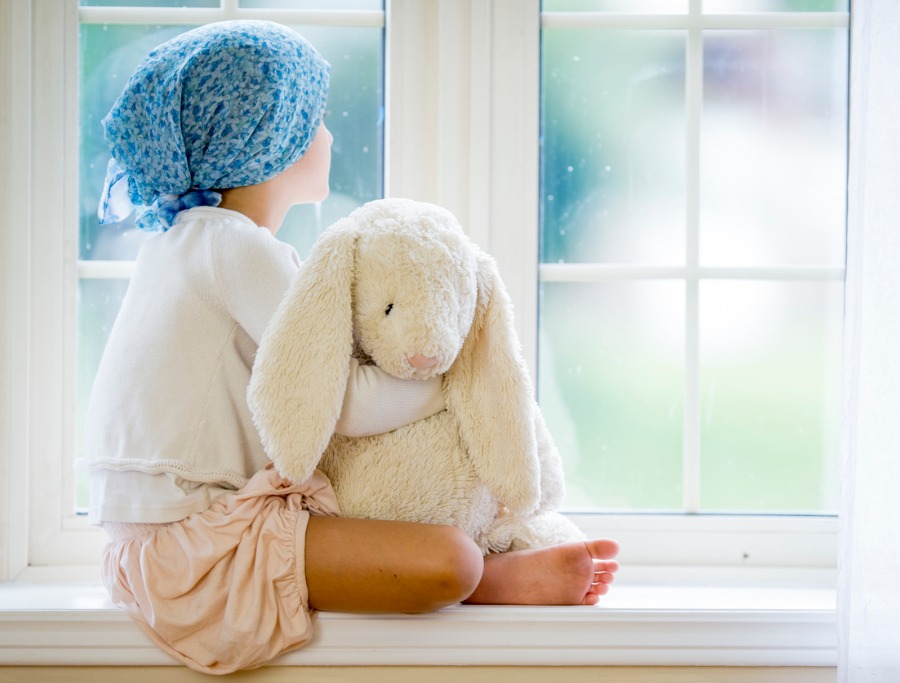 I am writing this from a cancer hospital in Texas. Two months ago I was startled after back surgery to learn I had sarcoma, a rare form of cancer, for which I am currently undergoing treatment. I have had a healthy life blessed by God, so this came as a shock.

I’ve been lying in my bed thinking how much the physical world reflects spiritual truths. Cancer is literally one rogue cell that begins to replicate itself, bringing death closer each day and overtaking a genuine, life-giving cell. It’s amazing how this reflects the story of the fall in Genesis, when the Enemy of our souls caused Adam and Eve to question God: “Has God really spoken?” Instead of choosing the life-giving breath of God, they allowed the rogue cell of disobedience and self-determination to overtake and metastasize in all of humanity.

Instead of choosing the life-giving breath of God, [Adam and Eve] allowed the rogue cell of disobedience and self-determination to overtake and metastasize in all of humanity.

Now, as we collectively spend billions of dollars battling this rogue cell, we have mainly two options before us: radiation, which zeroes in on the troublesome cells, or chemotherapy, a confluence of approaches including a litany of medications — like shooting buckshot in the dark, killing not only the bad cells but also the good ones. And so, in the end, the victory may be pyrrhic, perhaps costing the victor more than the vanquished.

Our Perfect God and Savior

When we rebelled against God, there remained in God’s economy the need for a savior, a perfect savior. That perfect savior was provided by God himself in his Son. That gives an idea of how much God values every individual life. As the prophets foretold, the redeemer would come. He would be crucified and buried — the normal destiny of a spiritual cancer. But in an amazing prophecy, Jesus rose from the dead in three days, the victor truly victorious. God’s life-giving breath was restored to us.

And so with the apostle we can raise the question, “O death, where is thy sting? O grave, where is thy victory?” (1 Cor. 15:55). Sin is the rogue cancer cell within us, but the life, death, and resurrection of Jesus turned the tide in favor of God’s created order. So let us celebrate this Easter with gladness of heart and let us not look for life among death, because the grave is not victorious. It is the ultimate reversal of the fall, the ultimate cure.

Sin is the rogue cancer cell within us, but the life, death, and resurrection of Jesus turned the tide in favor of God’s created order.

As Nicholas Wolterstorff of Yale said when he lost his son in a climbing accident, “When we have overcome absence with phone calls, winglessness with airplanes, summer heat with air-conditioning — when we have overcome all these and much more besides, then there will abide two things with which we must cope: the evil in our hearts and death.”

The answer lies in the radiating Son of God who deals with the death cell of disobedience and restores the living cell. How sublime a truth! What a message of hope!

May we be moved to wonder and worship this week as we contemplate the cross and celebrate our risen Lord. Our cities smell of death. We need the aroma of life—his name is Jesus Christ.

Ravi Zacharias is founder and chairman of Ravi Zacharias International Ministries (RZIM). Through evangelism undergirded by apologetics, RZIM seeks to reach those who shape the ideas of a culture with the credibility of the gospel of Jesus Christ. Zacharias is the author of more than 25 books, including his forthcoming Seeing Jesus from the East, co-authored with Abdu Murray. His radio programs Let My People Think and Just Thinking, are aired on stations worldwide. You can follow him on Twitter.

Have a Glorious Easter!