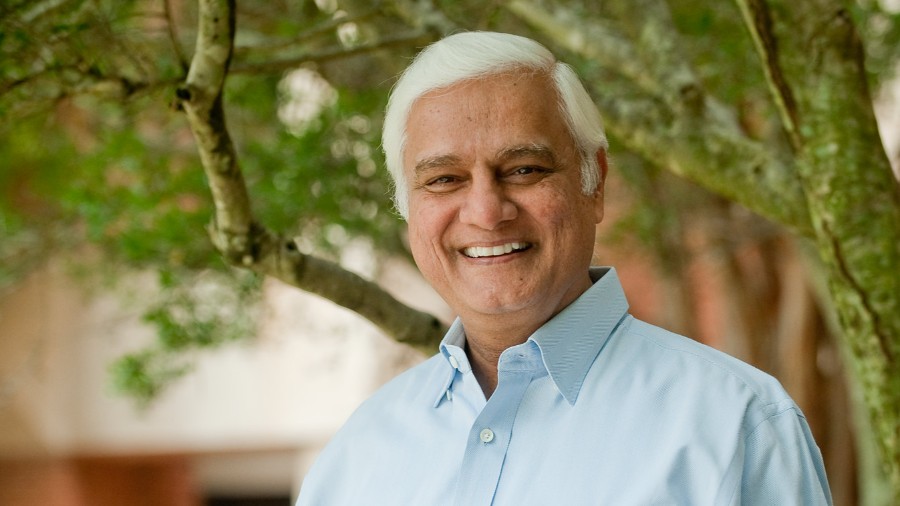 Ravi Zacharias, beloved apologist and very close friend of Stream publisher James Robison, has passed away. James has said many times, “I had no greater encourager when launching The Stream than Ravi Zacharias. He was our guest on LIFE Today numerous times, spoke in our conferences, and we shared the platform as guest speakers over the last 30 years.” The internationally-acclaimed author, speaker, and mentor succumbed to cancer at his home in Atlanta Tuesday morning. He was 74 years old.

Ravi — almost everyone spoke of him by his first name — brought heart and beauty to Christian apologetics, the study of reasons for confidence in Christian truth. It was the warmth of his storytelling that drew many into an appreciation of apologetics. “I’ve just been reading a book by Ravi Zacharias,” they’ll say. “He’s brilliant!” He was indeed — a lifelong student of faith, truth, religion, and culture, and firmly insistent on the need to develop a Christian mind. Yet his writing and his speaking were suffused as well with his love for Christ, his delight in beauty, his compassion for the lost and despairing. No man was ever more gentle with a questioner challenging him in debate — gentle, even while surgically laying bare the false thinking behind atheism or other religions.

From Despair to Hope

Ravi was born in Madras, India, to believing Christian parents. He nevertheless declared himself an atheist until at age 17, in despair, he attempted suicide. In this short clip of his testimony he tells how God spared him then, showing him that salvation wasn’t in religion, in learning, or in all the gods of the world, but only “in the person and work of Jesus Christ. … We trust Him, and He receives us!”

Ravi’s Indian upbringing gave him unique insight into comparative religion. When he spoke of Eastern ways of thought, he spoke from close acquaintance and with compassion.

Nevertheless few thinkers have had such a clear and penetrating view of Western culture, insight he gained by way of prodigious reading and endless conversations with interesting people — all of which found its way into his messages.

See him demonstrating this in answer to a question:

Ravi’s influence has reached far beyond his 30-plus books and his countless lectures across the globe. Ravi Zacharias International Ministries has sent many others to minister and to speak according to his model.

He’s left an indelible impact on Christian thinking, recently acknowledged here at The Stream by a number of his colleagues. He laid it out best, perhaps, in Beyond Opinion: Living the Faith We Defend. (The title itself tells a lot about what he counted important.) It is first and foremost a call to a higher intentionality in Christian thinking at every level, but on three levels: Logic, Imagination and Feeling, and what he calls “Prescription” or “kitchen table conclusions,” where good thinking encounters lived reality.

Jesus at the Center of His Life

He modeled all this consistently, yet he never lost sight of his one chief love, Jesus Christ. He wrote in his book Why Jesus?

I remember as a new Christian walking into a church in Canada and listening to a hymn I had never heard before, a hymn titled “Himself”:

…. The first time I heard it I thought to myself, How profound! How God-centered and refreshing that the spiritual journey is to move one from focusing on the benefits of belief to the great romance and beauty of knowing the Author and Giver of life! Heaven, if it means anything, will mean being in the presence of the Ultimate Being.

He has received his healing now, in the presence of the One he sought, the One he preached, the One he loved and still loves. We will miss him.