'If we’re not careful, we’re going to spend this country into oblivion,' the senator concluded. 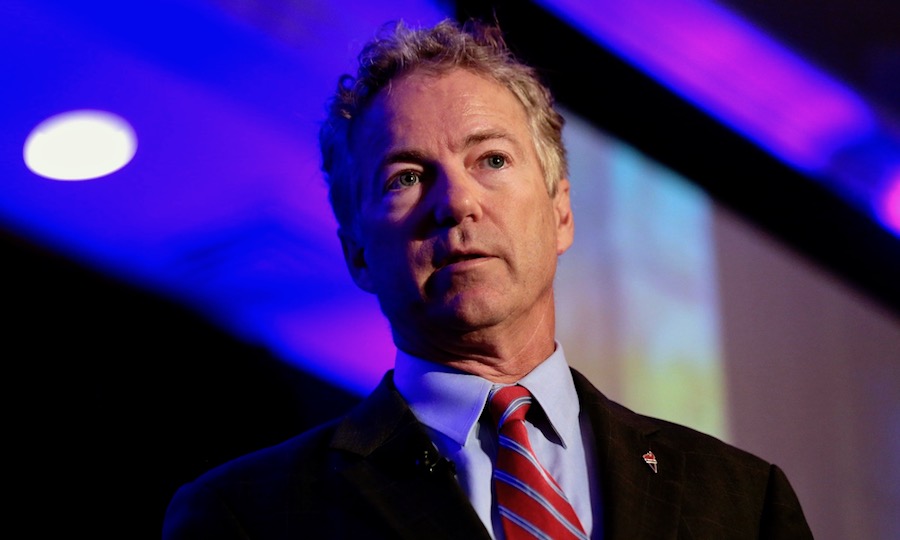 Most of the politicians in Washington, D.C. are focused on a push to spend trillions of more taxpayer dollars on President Biden’s agenda. But Senator Rand Paul is raising the alarm about all the money the federal government has already spent — that it doesn’t have.

“We’re rapidly approaching a milestone in our country, and it’s not a good one: $30 trillion in debt,” Paul noted in a fiery Senate speech on Thursday. He said that the federal government is accumulating “$2 million per minute” in new debt.

The “Bait and Switch”

Why is the fiscal situation so out of control? The senator blamed the “bait and switch” politics of big government spending and the welfare state.

“People are saying we’re going to give you free college, free cars, free cell phones, free this, free that,” Paul said. “Everything in life will be free, you won’t have to work anymore. The problem is there are ramifications. Money doesn’t grow on trees … money’s got to come from somewhere.”

“Either we borrow it … we tax people for it, or we simply print the money,” he continued. “When the Federal Reserve prints the money, as we increase the money supply, the money we already have becomes worth less and less. It loses its purchasing power. This is the insidious tax of inflation. Inflation is a regressive tax … it affects the working class, lower income people, and those on fixed incomes, much worse.”

Paul’s arguments come amid data showing that consumer prices have risen at the highest annual rates in 30 years. The senator blamed, in part, policy decisions and reckless spending at all levels of government for this harmful trend.

“Right now we’re facing 5 percent inflation, because of the massive borrowing that really both parties instituted in the last year,” he said. “They decided that the result of the pandemic would be to close everything down, destroy the economy, and give everyone free money. It’s primarily been Democrats this year … but both parties have a certain responsibility for this.”

“As government gets larger and larger, people think they’re getting free stuff,” he continued. “But it’s not really free. This is the allure of socialism … it’s a false allure … socialism doesn’t work. It is this alarming tendency to want to offer everybody everything and say it’s going to be free. Many of these things backfire.”

The senator briefly explained how the federal government wound up nearly $30 trillion in debt. For one, he cites rampant waste like the feds’ spending millions on a study into whether cocaine makes quail more sexually promiscuous.

“Studies like that are littered throughout the federal budget,” he lamented.

Warning Signs of the Fiscal Cliff

But bigger picture, the vast entitlement programs composing our welfare state are what’s driving us off a fiscal cliff.

“Medicare, Medicaid, Social Security, food stamps, other welfare, military … if you look at all that on an annual basis, before you get to the extraordinary binge of the last two years, we were already $1 trillion short every year,” Paul explained. “So last year we added a couple trillion more… and our deficit for one year was $3 trillion. We’ve never borrowed that much. There are going to be ramifications. You’re already seeing some of the ramifications; prices in the grocery store going up, prices at the pump go up, prices going up faster than wages.”

Despite all these warning signs, many of Paul’s colleagues in Congress are pushing $4.5 trillion more in spending on top of it all.

“If we’re not careful, we’re going to spend this country into oblivion,” the senator concluded.

He’s right. But it’s not too late to avert this path, if more of our elected officials wake up to our fiscal crisis and heed Rand Paul’s warning.