Elizabeth thought of the crown as a calling, a part of something greater than herself. How she carried out those duties in an ever-changing world points to a commitment that goes beyond tradition or even the monarchy. 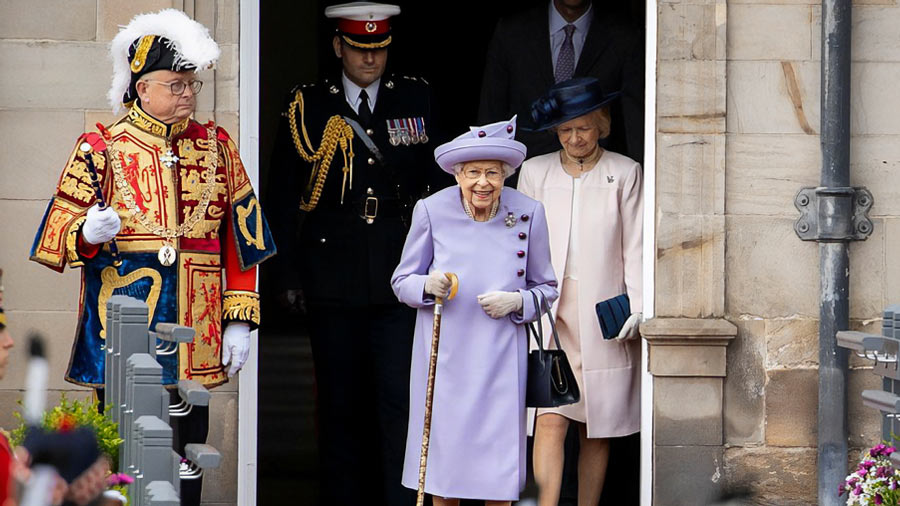 The Queen has died.

When those words were heard and repeated, over and over last Thursday, people around the world knew immediately which queen. In fact, few are alive today who can remember a time when she was not on Britain’s throne. She lived to 96, not only the longest reigning monarch in British history but the second longest reigning monarch in all of history, surpassed only by King Louis XIV of France, the “Sun King.” Among the many anecdotes that put her life in historical context, Elizabeth II was queen for a full third of the existence of the United States of America as a nation.

When Elizabeth ascended to power, Winston Churchill was the prime minister. Just two days before she died, in a final act of royal duty, Elizabeth received a 15th person into that high office. When she began her rule in 1952, there was a British Empire, and not just in name. Though every nation within the empire would gain independence, she remained head of state of a dozen of them, including Canada, Australia, New Zealand, and other smaller countries around the world.

She committed to lead by serving, which is of course the way of Jesus, who said the greatest among us are servants.

Elizabeth’s historic tenure as queen might have never happened, except for a domestic turmoil that has never quite seemed to leave the House of Windsor alone. Her father, George VI, assumed the throne only because her uncle abdicated it for an illicit romance. Her sister’s temperament did not, shall we say, “fit” her royal duties. Her eldest son, now King Charles III, entered a loveless marriage in the midst of his own extramarital affairs, while her second son ruined his place in the world by falling in with Jeffrey Epstein. Her grandson Prince Harry is full of bitter words and accusations about the royal family.

In this way, the royal family was a reflection of changes seen across the Western world during the Queen’s reign. Marriage rates in the U.K. have dropped by double digits in the last few decades, and divorces have increased by several orders of magnitude. While the Britain she inherited in her youth famously stood up for liberty and democracy against tyranny, corporate and government powers often enforce conformity and silence. Weekly church attendance in Britain has dropped to less than a million each week in a population of nearly 70 million. Add in technological change, war, globalization, populism, the rise and fall of global powers, and it may be that the Queen’s most remarkable achievement was preserving the monarchy as a legitimate institution amidst the flux and chaos of the last few decades.

As one who could, as Kipling once put it, “walk with Kings, nor lose the common touch,” she played the part of elegant empress, with an impish sense of humor and a delightfully ordinary demeanor. As such, Queen Elizabeth was, in many ways, an always-relevant anachronism. She was an incarnation of G.K. Chesterton’s call for a “democracy of the dead” or C.S. Lewis’ warning against “chronological snobbery.” In an age that confuses change as progress, her life was a reminder that certain truths and duties do not change with the times — eternals that are not subject to our whims or imaginations — but are revealed, at least in part, through the accumulated wisdom of the ages.

In fact, “duty” is the word most commonly used to describe Elizabeth II, as if she inherited her father’s sense of it along with the throne. As Bloomberg’s Adrian Woolridge noted on Twitter, “The Queen grasped Edmund Burke’s great dictum that, for a true conservative, the point of change is to stay the same, at least in the things that really matter. Monarchy is a restraint on modernity or it is nothing.”

The Crown as a Calling

She was barely an adult when she declared, “I declare before you all that my whole life, whether it be long or short, shall be devoted to your service and the service of our great imperial family to which we all belong.” Near the end of her life, she reflected back on that promise, “When I was 21, I pledged my life to the service of our people, and I asked for God’s help to make good that vow. Although that vow was made in my salad days, when I was green in judgment, I do not regret, or retract, one word of it.”

There are few contentions more despised today than the idea that our rights must be balanced by our duties, but Elizabeth thought of the crown as a calling, a part of something greater than herself. How she carried out those duties in an ever-changing world points to a commitment that goes beyond tradition or even the monarchy. As she put it herself, monarchs do not lead troops into battle or rule from on high anymore. So, she committed to lead by serving, which is of course the way of Jesus, who said the greatest among us are servants. In many of her annual Christmas radio messages, she pointed to Christ as the One she sought to follow and emulate. Leading by serving is one of the things that the New Testament calls the “fruit” of faith.

Having reached the end of her era, it’s difficult to imagine what the monarchy will become. As Jake Meador from Mere Orthodoxy observed, “After she and Benedict XVI pass, I think European Christendom will be conclusively gone from this world. Something else will come and God will continue to work. But the loss is still immense.”

Indeed, it is, but what makes a person “great” has not changed. Around the world, followers of Christ are living faithful lives, committed to what God has called them to, in truth and service. Their stage may not be as global or their mistakes as public, but their lives point to the Sovereign who sits on the throne of heaven and earth and whose kingdom shall have no end. That faithfulness is, in God’s economy, greatness.