Your Purpose in Life: To Guess or to Know 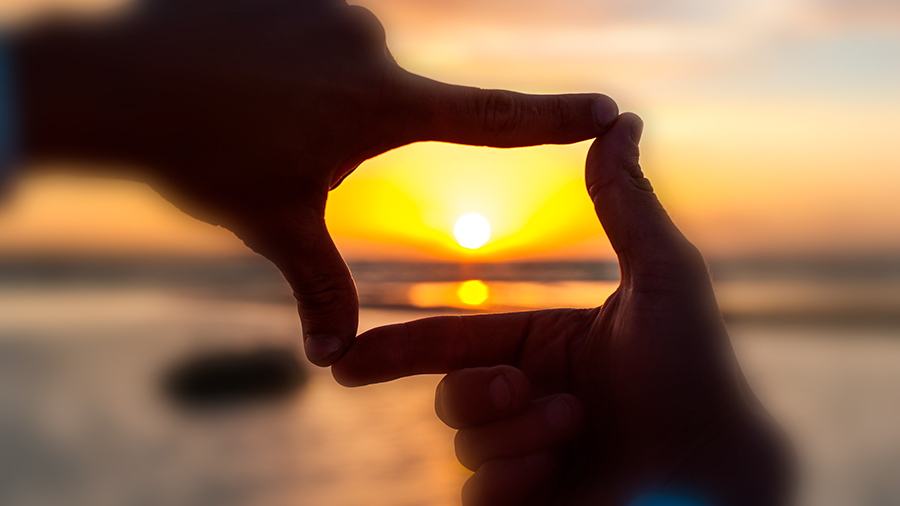 As an atheist, I was satisfied with the purpose I had created for my life. I found meaning in my work, my family, and my responsibilities as a father and husband. I also loved the idea that I was in charge of my purpose; that I was the one who got to decide what life was all about.

It wasn’t until I became a Christian that I realized my ideas about purpose and meaning were far too small and limited. I now try to illustrate this truth for others with an important utensil from my wife’s kitchen. This tool helps me demonstrate an important point: While it is certainly possible for each of us to design a purpose for our lives, we are missing opportunities for greatness if we reject the existence of a Creator God.

When I show my wife’s utensil to groups, they are always curious about its purpose. It has two joined metal parts; one is a rectangular sheet of metal (approximately 13 inches long), stamped with a rows of small holes, two rails along the long edges and a handle at one end. The other piece of the device is a square, open-top metal receptacle that slides along the length of the railed rectangle. It is a truly curious utensil that usually captures the imagination of the audiences I address.

What Is It For?

I typically begin by asking them to tell me the purpose of the device. Over the years, I’ve heard a number of interesting explanations. Most say they think it is some kind of cheese grater. But the holes in the rectangular section are entirely flat and it would be difficult to slice cheese without some slight burr on one side of each hole. One person (on a television show) said he thought it might be a device used to cut hair! He held it up to his head and slid the receptacle back and forth to see if it could trim the hair that poked through the holes. I’ve heard a number of potential explanations for the utensil, and some of them have seemed quite reasonable (others have not).

At some point in the presentation, I ask the group, “OK, you’ve all offered a number of possibilities and some of these might even work, but how do you think we might find out what the device is really meant to do?” Most, by this time, have noticed that the tool has the manufacturer’s name stamped on the handle. Someone will usually realize that the best way to figure out the purpose of the utensil is simply to call and ask the company that made it.  Of course this is the point of the illustration in the first place. While each of us can assign a purpose to the device, its true purpose can be discovered by simply asking its creator. Why would we think it’s any different for us as humans? As an atheist, I was able to assign purpose to my life, and I was quite happy with the meaning I created for myself. But my ideas were far too small.

As some point in my presentation, I reveal the purpose of the utensil. It is a German spaetzle maker. The tool is used to make German pasta; the raw batter is poured into the receptacle as the cook slides it back and forth over a pot of boiling water. The batter then drips through the holes into the boiling water and is cooked into dense little noodles called spaetzle. They are incredibly delicious, especially when fried with cheese and onions!

Two problems arise when we try to assign our own meaning to the spaetzle maker. First, we end up with a device that we try to use for something other than its optimum purpose. Yes, we may be able to grate cheese with the tool, but we’ll end up struggling to do so and making a mess along the way. We can certainly force the utensil to do what we want it to do, but it will never work the way it was designed to operate unless we know who designed it and why it was created in the first place.

But there’s an even more important problem. When I tell most people that the utensil is a spaetzle maker, they still need me to explain spaetzle! Most people have never even heard of this German noodle. They’ve missed one of the true culinary delights available on the planet. When they discover what the utensil is designed to do, they also have their eyes opened to something they had never previously experienced. The purposes they offered for the utensil inaccurately limited their own culinary choices. When people eventually sample spaetzle they are glad they learned about spaetzle makers.

The Beauty of Asking the Maker

Something very similar occurs when you embrace the notion that your objective purpose is found by asking the Creator. Not only do you stop assigning meanings to your life that may “work” but are less than optimal, you also discover something beautiful that was previously unknown. I do think it’s possible for each of us to assign our own meaning, but I think most of our ideas are simply too small; we miss something beautiful. When we ask the manufacturer, we end up blossoming in ways we never imagined. That’s what happens with your purpose is found in a transcendent Creator.