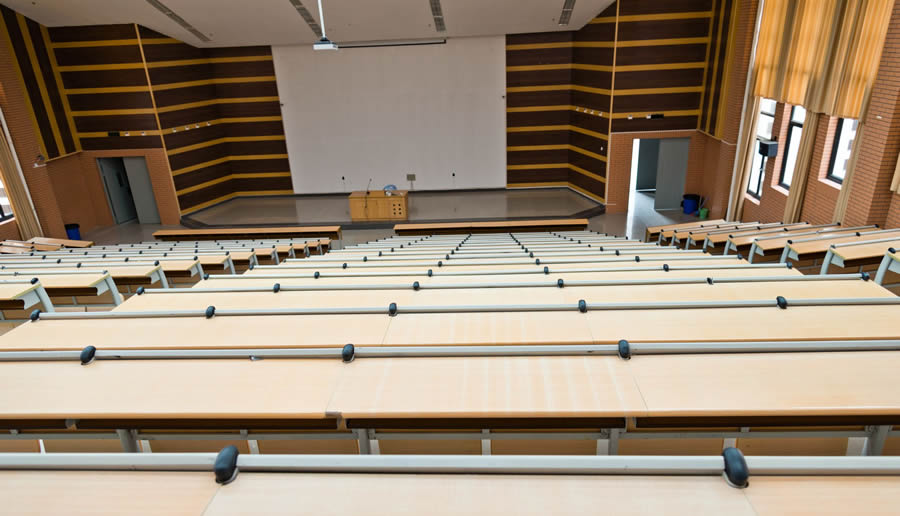 If the left is so loving, tolerant and inclusive, why is it so driven by unquenchable bitterness? What fuels it to divide Americans?

No, I’m not talking about the Democratic presidential candidates, though any one of them demonstrates the same theme. The American left is just gorged with angst and apparently on a mission to share its misery. The insanity emanating from leftists today is overwhelming.

It used to be that when you came across an outrageous story in the news, you just shook your head and thought, “This is weird.” But you found solace in realizing it was not representative of the societal norm. Sadly, that’s not true anymore. The left has made great strides in normalizing insanity.

It’s as if each day’s news is an orchestrated clinic on how to make society sound crazier today than it was yesterday — and it was way crazy yesterday.

Let me give you a typical example. NPR reported that MSNBC’s Rachel Maddow was at Rockefeller University a few years ago to present a prize to a prominent female scientist. Upon entering the auditorium, someone heard her say, “What is up with the dude wall?” One side wall was covered with portraits of award-winning scientists from the university, and Maddow was distressed that they were all men.

Maddow was not alone. “One hundred percent of them are men,” said Leslie Vosshall, a neurobiologist with the university. “It’s probably 30 headshots of 30 men. So it’s imposing.” Her word choice is instructive.

Vosshall explained that Maddow’s comment made her realize that for years, she had been uneasy about seeing rooms and hallways at scientific institutions adorned with portraits of white men. “It just sends the message, every day when you walk by it, that science consists of old white men,” she said. “I think every institution needs to go out into the hallway and ask, ‘What kind of message are we sending with these oil portraits and dusty old photographs?'”

Let me stop here and ask you: If you were to see photos or portraits of distinguished men in a university setting, would you feel like the university was sending you a message? Would it strike you as “imposing”? Would you view it through a gender or race prism?

Well, Vosshall is taking action. She’s part of a committee that is going to give that Rockefeller University wall a makeover to add more diversity. I’m not quite sure how they’ll accomplish that, since the wall of fame consists of those who won either a Nobel Prize or the Lasker Award, a prestigious medical honor. You can’t add new portraits without changing the criterion for wall placement.

It seems that “dude walls” are everywhere. Hallways of a main building at Yale School of Medicine display 55 portraits — all are white, and only three are women. Irredeemably scandalous!

A couple of female students and a female associate professor at the school studied the effect of these portraits and published their findings in the Journal of General Internal Medicine. “Students felt like these portraits were not just ancient, historic things that had nothing to do with their contemporary experience,” said one of the two students. “They actually felt that the portraits reinforced contemporary issues of exclusion, of racial discrimination — of othering.” “Othering”? Who thinks like that? Plenty of people, that’s who — and there are more thinking this way all the time, courtesy of leftist indoctrination.

These portraits, which were selected based on some standard of achievement, struck students as racially offensive. Surely, reasonable people would not infer that racial considerations had anything to do with the selection of the photos. But that doesn’t matter. The left has trained generations of people to think of almost everything in terms of identity groups, and the result is a societal obsession that is alienating and dividing Americans at every turn. How can this be healthy for anyone?

Nevertheless, some schools are taking action and changing their displays to be more diverse and inclusive, history be damned. Dr. Jeffrey Flier of Harvard Medical School was taken aback when he visited Brigham and Women’s Hospital in Boston and found that 31 large portraits of distinguished men from the university had been removed and only an empty wall remained.

“When I last lectured in @BrighamWomens Borstein auditorium, walls were adorned with portraits of prior luminaries of medicine & surgery,” Flier tweeted. “Connecting to a glorious past. Now all gone. Hope everyone is happy. I’m not. (Neither were those I asked — afraid to say openly). Sad.”

With all the strides that have been made in this country on racial and sexual discrimination, it is alarming that leftists, who dominate our major cultural, educational and media institutions, are consciously driving a wedge between groups in our society. It’s clear that equal rights and treatment is no longer their focus. Rather, they seek to demonize groups they perceive as historically and currently privileged villains.

What is their end game? Is it truly equal rights, opportunity and respect? Or is it something more sinister, such as revenge and ostracization of certain groups as part of a fundamental transformation of our society into some unattainable, balkanized, socialist utopia? Leftists who preach the loudest about love, harmony, tolerance, diversity and inclusion are polarizing our society and overwhelming it with distrust, suspicion and ill will. Nothing constructive can come from this.