Protectionists Should Tread Lightly on the Dreams of the Chinese Poor

Global trade has dramatically changed the lives of poor people all over the world for the better, particularly in China. Our policies should be mindful not to crush their hard work and achievements. 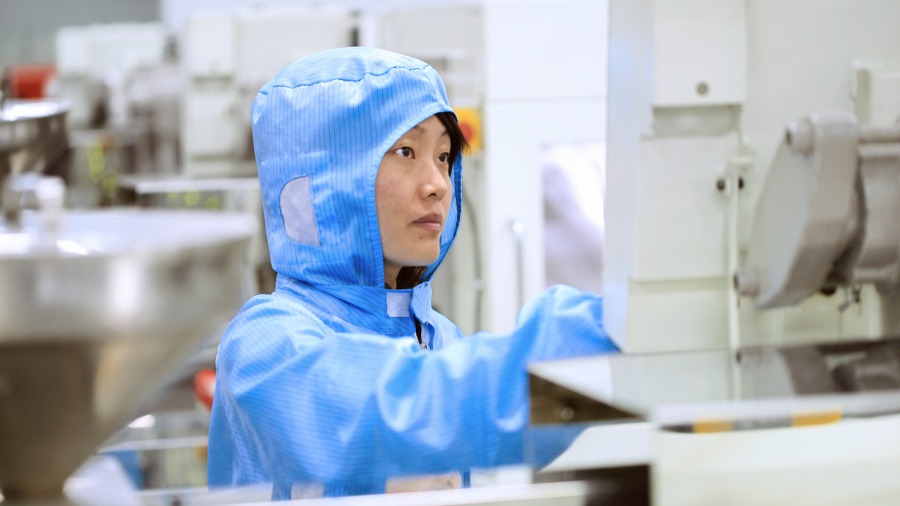 Consider these stunning statistics reported by the late professor of international health Hans Rosling in his book Factfulness:

In 1997, 42 percent of the population of both India and China were living in extreme poverty. By 2017, in India, that share had dropped to 12 percent: there were 270 million fewer people living in extreme poverty than there had been just 20 years earlier. In China, that share dropped to a stunning 0.7 percent over the same period, meaning another half a billion people over the same threshold.

Rosling defines extreme poverty as living on less than $1 a day. If you are extremely poor, you walk hours a day just to fetch water. If you have food to eat, you are eating porridge. Your only source of fuel is firewood for indoor fires; you have no money for medicine or entertainment. According to Rosling, approximately 1 billion people still live this way.

If we went back to 1981, when China was emerging from the deprivations of the Mao era, 84 percent of the Chinese population still suffered from extreme poverty.

Chinese migrant factory workers improved their own lives and, by their productivity, the lives of Americans. They are unsung brave heroes of the modern world.

China’s progress was accompanied by what Leslie Chang calls, “the largest migration in human history” from rural China to the factory floors in the cities. In her book Factory Girls: From Village to City in a Changing China, Chang observes that in Chinese factories “almost every worker is a rural migrant.”

Many of the migrants were young women — who face a grim life in rural China. They were often denied the same education as a male child. Girls were “treated like second class citizens by their own family, subordinate to their fathers, brothers and — once married — their husband and mother-in-law.”

Chang relates, “Migrant workers use a simple term for the move that defines their lives: chuqu, to go out. There was nothing to do at home, so I went out. This is how a migrant story begins.”

Once young women left their homes, they left for good. Chang explains, “Unlike men, women had no home to go back to. According to Chinese tradition, a son was expected to return to his parents’ house with his wife after he married; a son would forever have a home in the village where he was born.” Until a daughter found a husband, she “didn’t belong anywhere.”

Leaving the countryside, many of these young women arrived in Dongguan, a city that by 2008 was populated by more than 7 million rural migrants. The migrants arrived with little money and no jobs or housing. Although they were still in their home country, they were in a bewildering world:

Long journeys end at the Guangzhou railway station, where the passengers pour off the trains after rides that have lasted twenty or thirty or fifty hours. They are mostly young and they arrive alone, dragging a suitcase or a backpack or a coarse burlap sack that once held rice. The vast plaza in front of the station seethes with travelers, and the first thing you hear is the jangle of announcements for people who, newly arrived, are already lost.

One migrant “had only a vague notion of what a factory was; dimly, she imagined it as a lively social gathering.” She “thought it would be a lot of people working together, busy, talking, and having fun.”

The reality was different. A migrant found work by knocking on factory doors. Not until after they were hired to be factory girls were they allowed inside to see the conditions. The hours were brutally long and the pay low — when Chang wrote her book, pay was less than a $100 a month. “Talking on the job was forbidden” and bathroom breaks were limited. Chang describes a typical dormitory she visited:

Ten girls lived together in … an eighth-floor room measuring two hundred square feet with two rows of metal bunk beds. The room smelled … of wet laundry. Each girl was assigned a wall cabinet that held clothes, snacks, makeup, and jewelry; they decorated the insides with magazine pictures of movie stars, like the lockers of American high school girls. The spaces under the bunks were a graveyard for shoes: high heels, sneakers, Hello Kitty flip-flops. … The building housed two thousand workers.

In some dorms, “the cold in the unheated dorms kept the girls awake at night.” Some played “badminton until they were warm enough to fall asleep.”

Yet competition for workers and demands by western consumers for improved conditions have had a salutary impact. Workers “figured out the global hierarchy of nations:” “American and European bosses treated workers best, followed by Japanese, Korean, Hong Kong, and then Taiwanese factory owners. Domestic Chinese factories were the worst.” Chang describes Dongguan,

The city is divided into thirty-two towns, and each one specializes in manufacturing… Factories are the bus stops and the monuments and the landmarks, and everything exists to serve them. Dongguan’s highway network, already the densest in the country, is under constant expansion in hopes of delivering goods to the world faster.

While helping to serve the world, the factory girls were improving their own lives and the lives of family members they had left behind. The money the young women send home is “the biggest source of wealth accumulation in rural China.”

They Dream the Same Dreams

Lowell, Massachusetts, is the home of the Lowell National Historical Park which preserves some of Lowell’s 19th Century textile mills. When I visited the park, a quote on the wall from mill worker Lucy Larcom caught my attention: “All was expectancy. Changes were coming…nobody could guess what.”

Out of economic necessity, Lucy Larcom had started working in the Lowell textile mills at age 11. After her years as a factory girl, Lucy Larcom became a poet. In my FEE essay, “Stephen Hawking’s Final Warning: Why His Worries Were Unwarranted,” I tell a bit of Lucy’s story:

In her book, A New England Girlhood, she writes of her experience at the mill. She was not the only mill employee dreaming of more than millwork. In the mill, she encountered other poets, singers, and writers who, like her, were hungry for education …

She couldn’t have imagined today’s America — a much higher standard of living with fewer mill workers and more people pursuing their dreams. Yet, she was keenly aware that her world was already changing. “Things that looked miraculous” to her parents were commonplace to her.

“Our attitude — the attitude of the time,” wrote Larcom, “was that of children climbing their dooryard fence, to watch an approaching show, and to conjecture what more remarkable spectacle could be following behind.”

Leslie Chang befriended factory girls over a period of several years and shares an intimate view of their hopes and dreams. Chang quotes Min, who started to take courses shortly after her arrival, “’Learning is better than not learning,’ she reasoned.”

Telling the story of Chunming, Chang describes the young woman’s “relentless program of self-improvement: reading novels, practicing her handwriting, and learning to speak — both to erase her Hunan accent and to master Cantonese, the language of the factory bosses.”

In her diary, Chunming wrote, in 1-inch capital letters: “I HAVE NO TIME TO BE UNHAPPY BECAUSE THERE ARE TOO MANY THINGS I WANT TO DO. TIME IS LIFE. WE CAN BE ORDINARY BUT WE MUST NOT BE VULGAR.”

“Time was Chunming’s enemy,” writes Chang, “reminding her that another day had passed and she had not yet achieved her goals.” Her focus was on an escape to a better life:

In her diary, Chunming no longer recorded the details of her days but copied the rules for becoming someone else, a task for which she read widely if not always coherently. Self-confidence, dignity, and elegance are the image that professional women should have.

Benjamin Franklin’s Thirteen Virtues, not communist maxims, became daily guidance for Chunming as she strove to get ahead.

Across the miles and separated by more than a century, are not Chunming and other “factory girls” soul sisters of Lucy Larcom?

Chunming observed the importance of action: “A person who wants to develop must grasp opportunity. Merely to have a dream and determination is not enough.”

Chunming believed, “What’s important is: What kind of person do you want to become in the future?”

In China, learning English is a gateway for a better life; English classes are ubiquitous. Chunming wrote, “If I learn English, I can see more of the world. I can enjoy life more. I want to find new kinds of happiness. If I don’t learn English, I will always feel the limits of my life.”

Other young women workers had similar sentiments. Chang reports, “In surveys, migrants rank ‘seeing the world,’ ‘developing myself,’ and ‘learning new skills’ as important as increasing their incomes.”

Across the miles and separated by more than a century, are not Chunming and other “factory girls” soul sisters of Lucy Larcom?

Many protectionists, including President Trump, claim the Chinese have been “ripping us off for so many years.”

Voluntary trade has increased the standard of living for both American and Chinese people.

Does Trump think Chinese rural migrants have ripped us off? Or is it the factory owners? The Chinese government doesn’t trade with the American government. American businesses engage in voluntary trade with Chinese businesses (often owned by foreign investors).

In his poem, “Aedh Wishes for the Cloths of Heaven,” W.B. Yeats was lamenting an unrequited love, but in these lines, I hear the poor call out to the protectionists who would trample on their hopes for a better life:

I, being poor, have only my dreams;
I have spread my dreams under your feet;
Tread softly because you tread on my dreams.