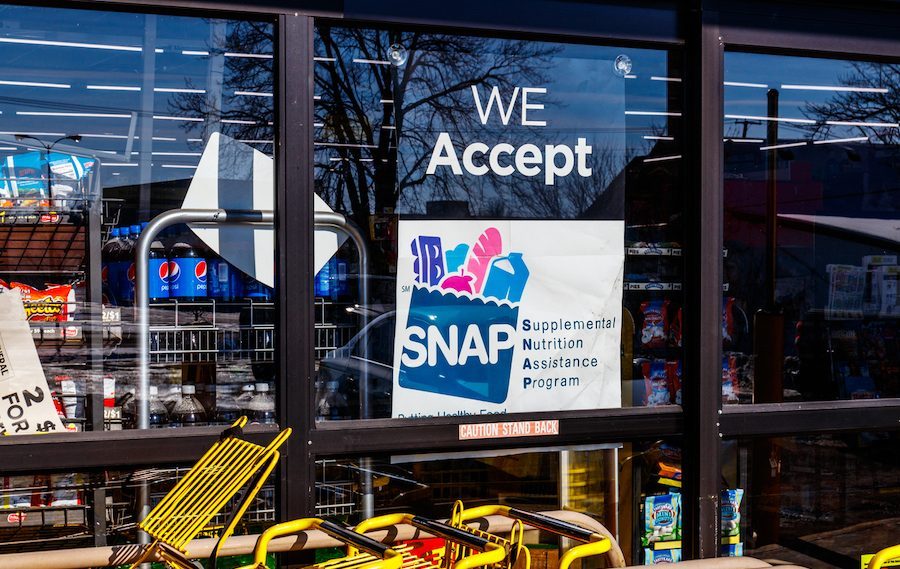 The Trump administration is pushing a reform of the food stamp program that could remove as many as 3.1 million recipients from the rolls, in response to persistent questions about whether only genuinely eligible needy people are recipients.

The U.S. Department of Agriculture is seeking to close a loophole that allows states to make those receiving even minimal federal welfare benefits eligible for the Supplemental Nutrition Assistance Program, more commonly referred to as food stamps.

The loophole is known as “broad-based categorical eligibility.” The policy, among other things, allows applicants to bypass an assets test, so someone could qualify for food stamps even if he or she has significant property and bank accounts, as long as his or her income is low enough.

“For too long, this loophole has been used to effectively bypass important eligibility guidelines. Too often, states have misused this flexibility without restraint,” Agriculture Secretary Sonny Perdue said in a statement.

“The American people expect their government to be fair, efficient, and to have integrity—just as they do in their own homes, businesses, and communities,” Perdue added. “That is why we are changing the rules, preventing abuse of a critical safety-net system, so those who need food assistance the most are the only ones who receive it.”

The new USDA rule published in the Federal Register on Tuesday would mean recipients of Temporary Assistance for Needy Families services would have to get at least $50 per month in cash to be eligible for food stamps. Currently, states have used even receiving an informational brochure or handbill as a qualification to get food stamps.

As with other regulations, there will be a 60-day comment period before it takes effect.

As The Daily Signal previously reported, Rob Undersander, a Minnesota millionaire, applied for and legally obtained food stamps under the existing laws as a means of exposing the faulty guidelines. Although he was not a Temporary Assistance for Needy Families recipient, he had a low income, but also substantial assets in retirement through savings and investments. He was not yet receiving Social Security benefits.

Minnesota is among 34 states that, along with Washington, D.C., use the “broad-based categorical eligibility” loophole to forgo the need to check applicants’ assets, according to the Foundation for Government Accountability, a Naples, Florida-based fiscal watchdog group.

The new rule should prevent that from happening, said Robert Rector, senior research fellow for domestic policy studies at The Heritage Foundation.

“It should stop this particular type of fraud,” Rector told The Daily Signal. “The guilty party in this fraud has not been the welfare recipient, but has been the states. Red and blue state governors love to waste federal money. Even the deepest-blue states would never do this with their own money.”

Under the current system, a person can be eligible for food stamps simply for receiving an informational brochure about the Temporary Assistance for Needy Families program, often with no check of income or assets.

Under the new proposed rule, a person must have a cash benefit of at least $50 per month from the Temporary Assistance for Needy Families program to qualify under a state’s categorical eligibility program.

The aim is to close the loophole allowing states to expand eligibility so broadly that even people who don’t need public assistance are getting food stamps.

Under the proposed rule, taxpayers could save billions of dollars if food stamp benefits are provided on a consistent basis across states, according to the USDA.

However, a Government Accountability Office report from 2012 “found that a greater percentage of [food stamp] households eligible under [broad-based categorical eligibility] that had incomes over the federal limits had payment errors than other households (17.2 percent compared to 6.7 percent) in fiscal year 2010.” The report warned that fraud could rise.

“The administration’s ill-conceived proposal will kick millions of people off SNAP — seniors, children, working families, and the disabled,” Fudge said in a statement Tuesday. “It is yet another attack on hungry Americans that ignores the clearly stated will of Congress.”

“Republicans love talking about states’ rights and the importance of state flexibility, but when it comes to putting that rhetoric into practice for SNAP, they take the opposite position,” Fudge said.

That’s a misunderstanding of past conservative policy victories, Rector said.

Rector helped craft the landmark 1996 welfare reform bill passed by a Republican Congress and signed by Democratic President Bill Clinton, and noted that the goal of the bill was “anti-block grant,” forcing states to have more responsible fiscal policies.