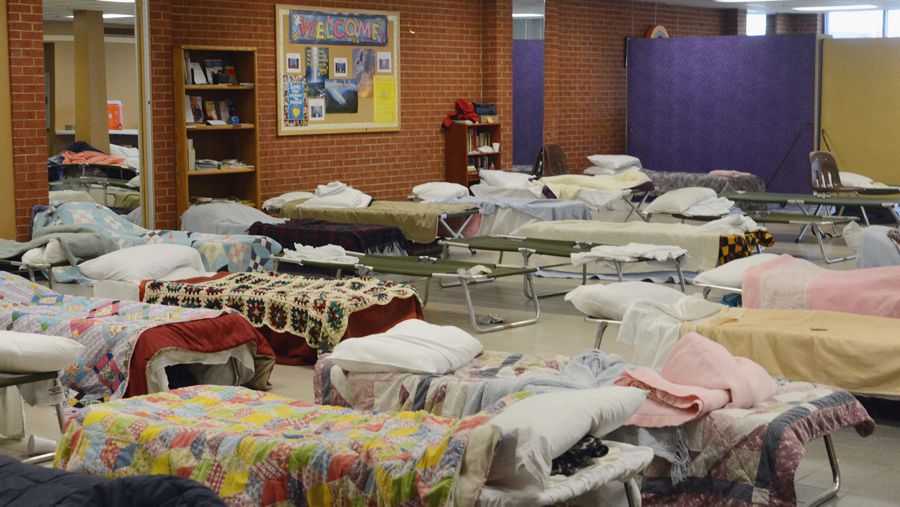 Emergency shelters are the next target for regulations elevating gender identity over health, safety, privacy, and religious liberty concerns.

On Nov. 20, the Department of Housing and Urban Development (HUD) provided notice of a proposed new rule, “Equal Access in Accordance With an Individual’s Gender Identity in Community Planning and Development Programs.”

This proposed rule, if implemented, would endanger religious liberty and create concerns for the privacy and safety of our most vulnerable citizens: the homeless and other people seeking emergency shelter for the night.

In 2012, the Department of Housing and Urban Development issued a rule elevating sexual orientation and gender identity as specially protected classes under HUD-assisted and insured housing programs. This rule, however, allowed temporary emergency shelters to take sex into account when providing shared sleeping areas or bathrooms.

The Department of Housing and Urban Development’s proposed rule would rescind this commonsense exemption that protects the faith, privacy, and safety concerns of those in shelters.

The rule would require emergency shelters to “provide transgender persons and other persons who do not identify with the sex they were assigned at birth with access to programs, benefits, services, and accommodations in accordance with their gender identity.”

This means that a man who comes to a homeless shelter and self-identifies as a woman must be provided access to shared women’s bedrooms and bathrooms, regardless of the privacy concerns of the women in the shelter. The same would hold true for a woman who self-identifies as a man.

No Grounds to Deny

The rule would not allow shelters to consider the person’s sex as indicated on identity documents when determining where to place the person. Even a single-sex emergency shelter can have no basis for denying someone access to shared bedroom and bathroom facilities “solely because the provider possesses identity documents indicating a sex different than the client’s or potential client’s gender identity.”

This would give a woman’s shelter no grounds to deny a man dressed as a woman, and whose identification documents confirm they are male, if the person self-identifies as a woman. This is because the rule defines “gender identity” as “the gender with which a person identifies, regardless of the sex assigned at birth” and also regardless of “perceived gender identity.”

Under the new rule, if a person identifies as male, female, neither, both, or some combination of male and female, they get special privileges that would be enforceable regardless of their biology or other people’s moral, privacy, or safety concerns.

According to the rule, the only acceptable decision to find an alternative placement for a transgender person would be due to “the individual’s own request to be otherwise accommodated.”

Complaints from others, including shelter employees or other clients forced to share a room with someone of a different biological sex, would not provide adequate reason to find alternative placement for transgender individuals.

The homeless, who often have nowhere else to turn, could be forced to share rooms with persons of the other biological sex regardless of their own concerns, or themselves be forced out.

Beyond the privacy and safety concerns it causes, the proposed rule also poses a danger to religious liberty.

Many emergency shelters are run by churches or religious organizations whose religious beliefs inspire them to help the poor. Yet many of these same churches and religious organizations also hold as a matter of faith or moral conviction that maleness and femaleness are objective biological realities to be respected and affirmed. This proposed rule would require religiously run shelters to violate their sincerely held religious and moral convictions on sexuality.

A comment submitted to the Department of Housing and Urban Development by the Christian Medical Association, the United States Conference of Catholic Bishops, the National Association of Evangelicals, and similar organizations highlights the problems that the proposed regulation poses for religious liberty.

It argues that some of the shelters that would be affected by this rule “may consider it impermissible on religious grounds, for example, to share sleeping and bathing areas with adults to whom they are neither married nor related and who are biologically of the opposite sex. Similarly, a rule that forbade faith-based providers of housing to treat biological men as men, or biological women as women, could substantially burden their religiously-motivated mission to provide housing to those who need it.”

Should this rule go into effect, shelters run by religious organizations might be forced to choose between violating their beliefs or shutting down due to loss of government funding. The religious or moral convictions that affirm biological realities as meaningful are from the same set of beliefs that prompt these organizations to help the poor in the first place — it doesn’t make sense for the government to make them choose just one of these beliefs to stand by.

Finally, consider the many homeless people of faith who will refuse to disrobe, sleep in the same rooms, or shower with strangers of the opposite sex as a matter of deep religious conviction. It is they who will be forced out of shelters by this rule and who will have nowhere else to turn.

The proposed rule should be rejected. The best way to truly protect the needs of the homeless and the freedom of religion is to leave shelters free to operate in accordance with their faith and moral convictions.

Originally published on The Daily Signal, January 20, 2016 and is reprinted with permission.