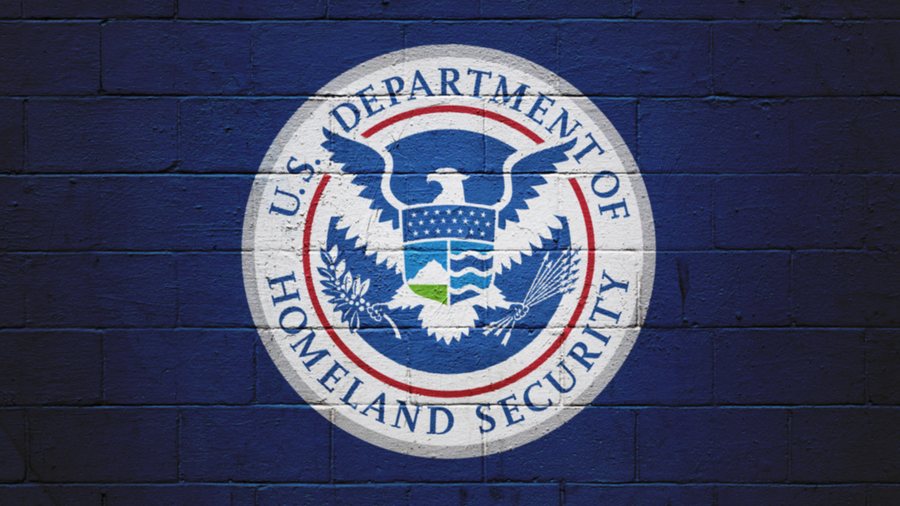 The collaboration we’ve known was going on between government and Big Tech to silence dissenting speech has just been documented in some knockout reporting from The Intercept. It’s all there, as revealed by internal memos, emails, and official papers, some of which emerged via a lawsuit filed by Missouri Attorney General Eric Schmitt, a Republican who’s currently running for Senate. Everything that’s long been suspected about the “deep state” working unconstitutionally to suppress legitimate free speech as “disinformation” is true, and they lay out exactly how it’s done, through “portals” in the Department of Homeland Security (DHS) and FBI.

Their massive effort to dodge the First Amendment comes down to a simple strategy: since government can’t legally police Americans’ speech, especially political speech, they get it done indirectly, by enlisting the aid of NGEs (non-government entities) to do their dirty work for them. This is why Scary Poppins and her “Disinformation Governance Board” were technically telling the truth when they said they didn’t censor anything. They were coordinating the work of others who did the censoring, haha. This is a distinction without a difference, though, as it is still wildly unconstitutional. Law professor Jonathan Turley calls it “censorship by surrogate,” saying, “It is axiomatic that the government cannot do indirectly what it is prohibited from doing directly.”

The DHS, if left unchecked, is apparently just getting started.

As it turns out, they were sneaking around doing this even while Trump was President. Little did Trump know what he was unleashing when he signed the Cybersecurity and Infrastructure Security Act (CISA). They expanded the concept of infrastructure to include what they call “cognitive infrastructure.” (This shows why control of the language is so important.) The Intercept — which is no conservative news outlet — describes in detail what they have done with that idea.

Another report called for expanding their role in shaping the “information ecosystem,” calling on CISA to closely monitor “social media platforms of all sizes, mainstream media, cable news, hyper partisan media, talk radio and other online resources.” They would focus on information that undermines “key democratic institutions, such as the courts, or other sectors such as the financial system, or public health measures.” The head of CISA’s Election Security Initiative — you read that right — recommended the use of third-party information-sharing non-profits as a “clearing house for information to avoid the appearance of government propaganda.” Even though that’s exactly what it is.

What we knew about the FBI going to Facebook warning them about a “Russian disinformation” event just ahead of the Hunter Biden laptop story breaking appears to have been business-as-usual for them. The Intercept report offers more detail about their suppression of that story as well, even naming names of the agents involved. This was plainly 2020 election interference, without even having to go near a voting machine or drop-box. And much of their work is tied to elections. Why, in 2018, the DHS created the Countering Foreign Influence Task Force just to respond to “election disinformation.”

Homeland Security had the equivalent of a hotline to Twitter to get content flagged or taken down, for “national security” reasons, of course. And they were so overzealous, they were even going after parody accounts and tiny accounts with just a handful of followers. Must…suppress…everything! This is the sort of activity you’d expect to find in a country like Putin’s Russia or any communist dictatorship with state-run media, but the fact that it’s this bad and this entrenched in what used to be the good ol’ USA should shock the tar out of every American from sea to shining sea.

Some of the communications from people involved in this effort are chilling. Example: “Platforms have got to get comfortable with gov’t. It’s really interesting how hesitant they remain.” That’s a text from Microsoft executive Matt Masterson to Jen Easterly, a DHS director.

This is tyranny. And The Intercept‘s piece about it is a must-must-read.

They report that the DHS’s mission to fight “disinformation” stems from what was perceived as Russia’s attempts to interfere in the 2016 election. Recall our commentary a few days ago about the Seth Rich homicide in which we pointed out that the entire Russia Hoax was built on the story, unsupported by evidence, that Russia hacked the DNC. It would seem this huge effort to monitor and censor American citizens is built on that same “Russian hack” story. That’s the pretext.

And the DHS, if left unchecked, is apparently just getting started. According to a draft copy of their Homeland Security Review, the department plans to target “inaccurate information” on a wide variety of topics, including “the origins of the COVID-19 pandemic and the efficacy of COVID-19 vaccines, racial justice, U.S. withdrawal from Afghanistan, and the nature of U.S. support to Ukraine.” In other words, they want to control the conversation regarding some of the most loaded and subjective political topics we would want to discuss. And their idea of what is “inaccurate” might be very different from ours.

If (when!) the “red tsunami” really does happen on election day, the new Congress has to get started immediately dismantling the bureaucracy responsible for this. It’s hard to imagine a solution that doesn’t involve breaking up the FBI and DHS entirely. A GOP-majority Congress will have the power of the purse and can withhold funding, while a veto-proof Congress could write new legislation setting up new agencies. It must be done. With the exception of those who have come forward as whistleblowers, both agencies are a disgrace.

Dan Bongino opened his Tuesday podcast with The Intercept story, asking, “How is this not on the front page of every newspaper in America right now?!” It should be, and the reason it isn’t — namely, the left’s takeover of just about every major news outlet — is another issue. Bongino pointed to a poll cited by the New York Post saying 79 percent thought that “truthful coverage of the Hunter Biden story would have changed the 2020 election.” Recall also the much earlier poll in which 19 percent of Biden voters said they’d have changed their vote if they’d known about Hunter Biden.

And that’s precisely why the FBI hid the evidence and suppressed the story.