Promise of the Priesthood, Part 3: You’re a Worship Leader

Believers must set an example, both for other believers and those who do not know Christ. 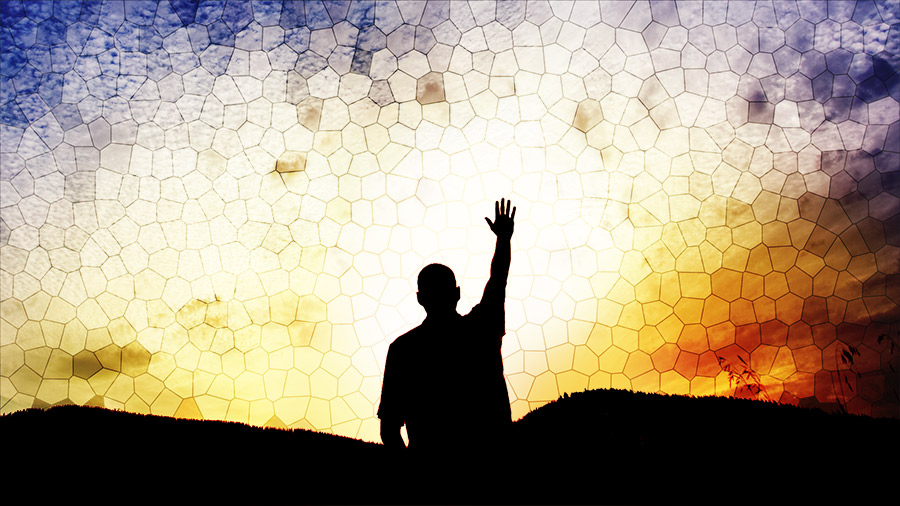 Note: This is part three of an exclusive four-part series by Randy Robison, adapted from his brand new book The Age of Promise: Escape the Shadows of the Law to Live in the Light of Christ. Read parts one and two.

“You shall be to Me a kingdom of priests,” God declared long ago (Exodus 19:6). Originally, promised to the Israelites and eventually fulfilled in Christ, the honor then opened up to all Christ followers. Peter wrote to believers “you are a chosen race, a royal priesthood, a holy nation” (1 Peter 2:9). Today, we look at the excitement of leading worship.

When we think of leading worship, the modern connotation is that of someone standing on a stage in church and singing hymns or worship songs. Certainly, this is one aspect, but it just scratches the surface. As one who frequently stands on a church stage singing or playing in a worship band, it is possible for both the musicians and the congregation to go through an entire set without really engaging in worship. But worship goes far beyond singing a song. It permeates everything we do, especially off of the stage and outside of the church building.

The Hebrew and Greek words for worship in both Testaments carry much more meaning. One means to bow down (Hebrew: shachah; Greek: proskuneo). It carries both a spiritual and physical posture. “Come, let us worship and bow down,” King David wrote. “Let us kneel before the Lord our Maker” (Psalm 95:6). Throughout the book of Revelation, people of God fall to their knees in worship. It’s a natural response to an encounter with the Creator of the universe. The man or woman who has no sense of astonishment, reverence, respect, or overwhelming power simply has not experienced God.

When we maintain a genuine posture of submission to the Lord, more so in attitude and approach to others although it may express itself outwardly at times, we point them to that Something that is bigger than us. We make them want to find out what it’s all about. We lead them to adopt a spirit of worship for themselves.

This worship leading means selling out to God even when nobody else does. It means walking that narrow, unpopular path in pursuit of His will and never looking back to see if anyone is behind you.

The other facet of worship means to serve (Hebrew: ‘abad; Greek: latreia). The Greek includes the idea of work for hire. In a sense, when we become followers of Christ, enter into His priesthood, and assume the priestly duties in the modern age, we’re hired to serve God in any way He desires. And believe me, the pay is great and the benefits are even better!

“I urge you, brethren,” Paul wrote, “by the mercies of God, to present your bodies a living and holy sacrifice, acceptable to God, which is your spiritual service of worship” (Romans 12:1). We worship by giving ourselves completely to His purpose. This doesn’t mean selling everything we own and moving to Congo. Well, okay it might. But for most people, it’s not that cliché. It means hearing and obeying God’s voice as much as possible. It means our Sunday morning worship is as active on Monday morning at work and Friday night on the town.

Believers must set an example, both for other believers and those who do not know Christ. This part of leading worship truly is leading, which is done by being out front. We may have to blaze new trails among our peers, but that’s what being a leader is all about. The idea of “leading from behind” just means pushing others in the way we think they should go. The problem is that nobody likes a pushy person, especially a pushy religious person. This worship leading means selling out to God even when nobody else does. It means walking that narrow, unpopular path in pursuit of His will and never looking back to see if anyone is behind you. You’re setting an example and forging ahead with everything you have in obedience to God. That’s true leadership and true worship.

Randy Robison is a producer, writer, and guest host for LIFE Today. His new book, The Age of Promise, is available now. Follow him on Instagram, Twitter, and Facebook. This is an excerpt from The Age of Promise (www.AgeOfPromise.com).

What Happened to Upbeat Praise Songs?