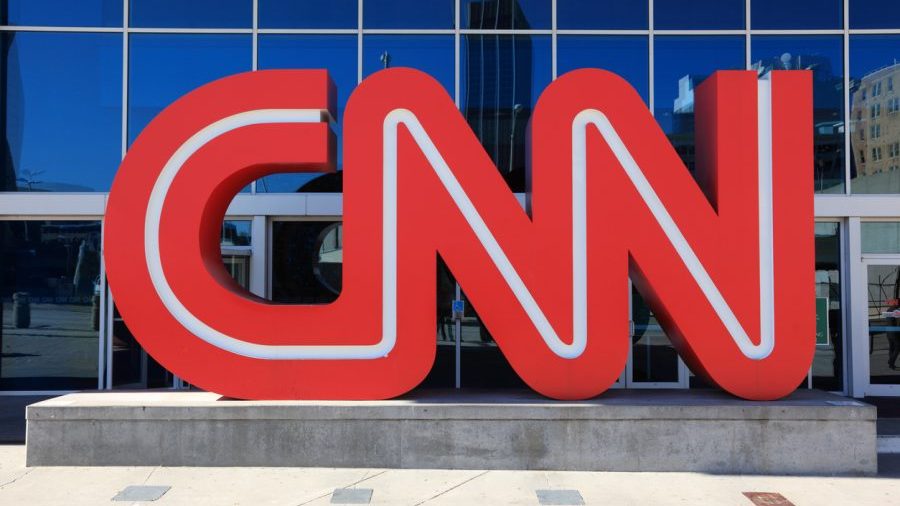 Project Veritas’ exposé of CNN’s behind-the-scenes conference calls shows that the network’s slogan should be “We won’t fully report so you can’t knowledgeably decide.”

James O’Keefe of Project Veritas, in the ultimate trolling coup of the year, monitored and recorded CNN’s morning conference call with CNN President Jeff Zucker and other company executives and reporters for some two months. O’Keefe has released the first batch of audiotapes from those calls, which confirm the network’s anti-Donald Trump, pro-Joe Biden bias.

Exposing CNN’s liberal bias is no bombshell, as it is self-evident to any objective viewer, but it is deliciously affirming to hear these legacy media frauds betray their corruption in their own words. There’s no explaining away their admissions of news doctoring in these tapes.

The recordings prove that the executives not only dictate the network’s editorial slant but also manipulate its news side in deciding what stories will be reported and how they will be presented — to ensure that Trump is portrayed in a negative light and Biden is protected at all costs.

It would be less objectionable if the network would admit that it has a liberal bias, but it does the opposite: The anchors and reporters hold themselves out as consummate journalists, exemplary professionals committed to giving their viewers information without a partisan filter. Through these tapes, they’ve vindicated our long-standing charge that their mission is to tailor the news to fit their liberal narrative, rather than to fairly report it. These are the same people who sermonize on air and on Twitter daily about the importance of honest journalism and political integrity, and who denigrate so-called conservative networks as hopelessly biased.

Insulating Biden During the Election

You’ve seen how CNN and other liberal outlets have insulated Biden from any serious questions before and after the election. Throughout the campaign, in what I believe is one of the greatest journalistic scandals of our time, the media persistently shielded Biden from press scrutiny and ignored his obvious cognitive decline. At a rare post-election Biden press conference, they asked him no policy questions, only softballs concerning Trump’s “continued stonewalling” of Biden’s transition. In the same vein, during an unscheduled appearance a few days ago, the press asked Biden only one question: “Mr. President-elect, how does your foot feel?”

How They Treated Trump

This is in stark contrast to how the press has harassed and bullied Trump, and how Zucker directed his minions to treat Trump while Trump was recovering from the coronavirus. On one of the recorded calls, Zucker appears to say: “OK, I just want to re-emphasize that, you know, I think we cannot normalize what has happened here in the last week with Trump and his behavior. And I go back to what … David Chalian” — CNN vice president and political director — “said, that this is a president who knows he’s losing it, who knows he’s in trouble, is sick, maybe is on the after-effects of steroids or not. I don’t know, but he is acting erratically and desperately, and we need to — we need to not normalize that. … He is all over the place and acting erratically. And I think we need to lean into that.”

So Zucker basically told his people, without any medical proof, that Trump is possibly compromised in a way that could affect his judgment and that they should go out of their way to showcase that and depict Trump as unstable. This wasn’t news or journalism but an outright, baseless smear to impact the upcoming election.

In another call, Zucker opines that, while Breitbart, the New York Post and Fox News were pursuing the Hunter Biden corruption story, he put more stock in the Wall Street Journal’s take that Joe Biden had no role in any of Hunter Biden’s transactions with China. “And, yes,” Zucker apparently says, “I do put more credibility in the Wall Street Journal than I do in the New York Post.”

Here again, we hear Zucker pressuring his team (it’s doubtful the team needed any prodding) to report only one side of the story — the side debunking the corruption claims — and omit the serious factual reporting that would substantiate the allegations. An honest network would have presented both sides and let its viewers make their own assessment. But for CNN, it was imperative not to give the Biden corruption story any credence.

Liberal politicians and media figures constantly rail against threats to “our democracy,” but there is no greater threat to democracy than a corrupt news media, because it emasculates free speech, which is the single greatest constitutional safeguard for the integrity of our representative republic.

A Sordid Conspiracy to Deceive the American Electorate