The Squad’s latest push for a federal bailout would be a boon for privileged Americans. 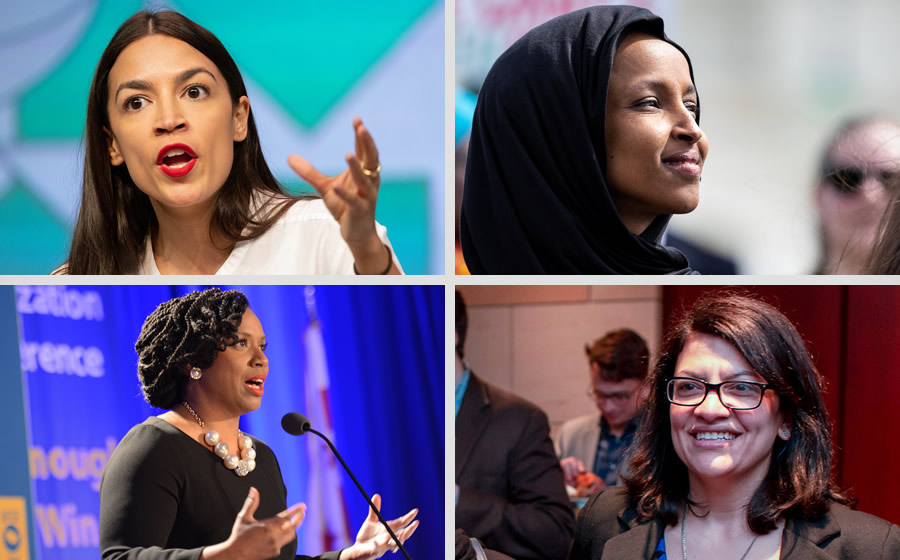 Both Rep. Ayanna Pressley and Rep. Ilhan Omar made their names as self-avowed “democratic socialists” and members of the “Squad,” a group of far-left Democratic lawmakers seeking to overhaul the US economic system in the name of justice and equality.

So, it might surprise you to hear that in the middle of a pandemic decimating minority communities and the working class, Pressley and Omar are demanding a big government bailout for a well-off segment of society.

Just this week Pressley took to her Twitter account to demand, among other things, that we “cancel student debt.” This echoes her colleague Omar’s recent call to “cancel it all right now.”

Cancel it all right now. https://t.co/oPHnbznYcz

It’s important to put these statements from two of the Squad’s most prominent members in context. Both have long supported “canceling” the nation’s $1.6 trillion in student loan debt, which really means forcing taxpayers to pay it off. As the Wall Street Journal explains, this proposal “wouldn’t make [student loan] debt disappear. It would merely transfer it to the federal debt… and stick taxpayers with the tab.” Support for this redistributive policy is not a new position for Omar or Pressley by any stretch.

A Bailout for the Privileged

However, to focus on this issue during the COVID-19 pandemic is quite revealing of the progressive pair’s priorities. We’re already set to run a nearly $4 trillion deficit this year, millions of working-class Americans are trapped on unemployment rolls, mental health crises are mounting, and domestic violence is on the rise — and yet the nation’s most prominent socialists are hawking a bailout for the privileged.

And make no mistake, the Squad’s push for “canceling” student loan debt is indeed proposing a massive handout to the upper class. Why? Well, student debt is, by definition, only held by individuals who attended college. It’s easy to forget it in today’s culture, but most Americans do not hold college degrees.

According to the Census Bureau, just roughly 1 in 3 American adults over age 25 have a four-year college degree. This segment of society is the only group helped by mass student loan cancellation. But adults with college degrees also have much higher average lifetime earnings and salaries.

Consider the below graph from the left-leaning think tank the Urban Institute.

Student debt is disproportionately held by those at the upper ends of the income spectrum. As the Urban Institute surmises, “debt forgiveness plans would be regressive — providing the largest monetary benefits to those with the highest incomes.”

So in canceling student debt, progressives legislators would be helping a disproportionately well-off segment of society at the average taxpayer’s expense. The injustice here lies not just in the fact that this policy provides relief to the well-off and not the working class. It’s also wildly unfair — and not at all “progressive” — that even lower and middle-class taxpayers who didn’t go to college would have to pay for the bailout via increased taxation or the long-term consequences of more government debt.

That’s right: Lena the hairdresser would have to pay more taxes so Jake the corporate lawyer doesn’t have to pay off his undergraduate loans. How does that promote “social justice” or the interests of the working class?

It’s particularly perplexing that these self-described socialists are pushing this bailout for the affluent in the middle of a pandemic that, as the pair regularly points out, is overwhelmingly hurting society’s most disadvantaged. Think about it: Layoffs and job losses due to COVID-19 lockdowns are largely hitting service industries, retail, and other forms of blue-collar work. Meanwhile, many college graduates — aka student debt holders — work in white-collar jobs that don’t just pay more, but also lend themselves more easily to remote work during a pandemic.

This isn’t to suggest that the ramifications of COVID-19 and economic lockdowns aren’t hurting college graduates. They are hurting everyone. But it’s important to point out that in the middle of this pandemic, white-collar college graduates are not the ones most in need of help. Not even close.

Surprised to see America’s most prominent socialists fighting for the interests of the elite even amid a national crisis? That’s understandable, but you really shouldn’t be.

It Fools the Leftists, Too

As the renowned free-market economist and thinker Thomas Sowell once wrote, “The greatest moral claim of the political left is that they are for the masses in general and the poor in particular. That is also their greatest fraud. It even fools many leftists themselves.”

Indeed, leftist economic interventions often start with noble intentions of ostensibly helping the poor. But they end up instead reflecting the interests of the elite, who have the power and resources to sway government officials.

“The most harm of all is done when power is in the hands of people who are absolutely persuaded of the purity of their instincts — and the purity of their intentions,” Nobel laureate and economist Milton Friedman once said. “The use of force to achieve equality will destroy freedom, and the force, introduced for good purposes, will end up in the hands of people who use it to promote their own interests.”

“There is no such thing as a just and fair method of exercising the tremendous power that interventionism puts into the hands of the legislature and the executive,” Mises wrote. “In many fields of the administration of interventionist measures, favoritism simply cannot be avoided.”

One doesn’t have to doubt the benevolence of Omar and Pressley’s intentions to observe that the same phenomenon is corrupting the socialist legislators’ COVID-19 policy response. Like so many of the socialists that have come before them, the Squad’s rhetoric claims solidarity with the working class while their actual plan would only aid the elite.