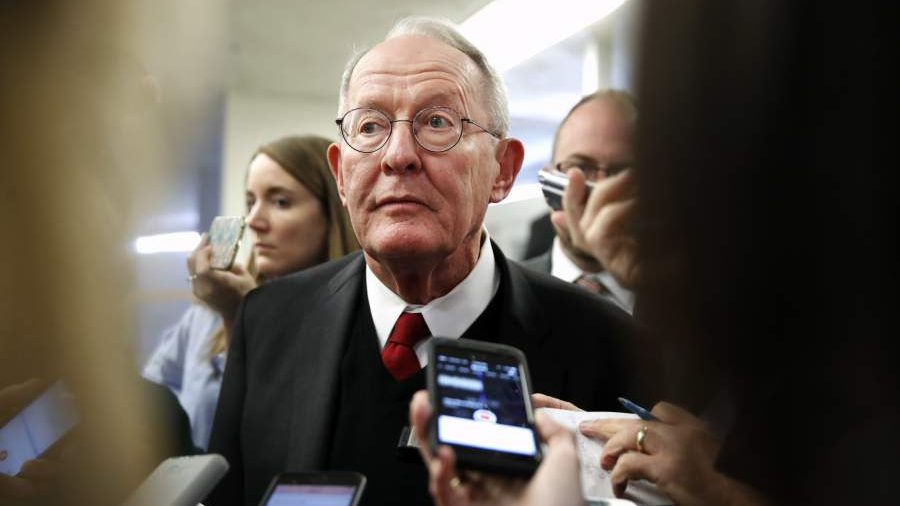 Sen. Lamar Alexander, R-Tenn., speaks to reporters as he heads to vote on budget amendments, Thursday, Oct. 19, 2017, in Washington.

A bill sponsored by Republican Sen. Lamar Alexander of Tennessee and Democratic Sen. Patty Murray of Washington offers a bipartisan attempt to fix Obamacare by allowing states to offer cheaper, but limited health care plans while also reinstating federal payments to insurers. Pro-life groups have come out against the bill, saying it lacks Hyde Amendment protections and provides abortion funding at taxpayers’ expense.

“We do not believe abortion is health care and therefore support the Hyde Amendment and other pro-life provisions barring federal subsidies for abortion and abortion coverage,” David Christensen, vice president of government affairs at the Family Research Council, told The Daily Caller News Foundation. “We have serious concerns that the Senate Alexander/Murray bill would violate these principles, and will oppose such a bill unless it ensures that cost-sharing payments do not subsidize Obamacare plans with elective abortion.”

The issue with the Alexander-Murray bill, according to pro-life organizations, is that it allows federal funding to pay for abortions. The 1976 Hyde Amendment prevents Medicaid funding from paying for abortions unless the pregnancy puts the mother’s life at risk or the child was conceived out of incest or rape. If the Alexander-Murray bill doesn’t explicitly add those protections, then federal funds could pay for abortions, Christopher Jacobs, founder and CEO of Juniper Research Group, wrote Wednesday in an op-ed in The Federalist.

About $25-30 billion will go to subsidize abortions, according to Jacobs’ analysis of the bill.

“Without any Hyde protections, this is just bolstering the abortion aspects of Obamacare, but it puts the Republican imprint on it. Once this is done, I find it hard to believe that next year or even in future years that you’re going to have a Republican Party motivated to fix these problems,” Tom McClusky, the March for Life Vice President of Government Affairs, told TheDCNF. “Just because they can’t do their job doesn’t mean the rest of the nation should suffer.”

The National Right to Life Committee, the oldest pro-life group in the United States, said they would not be supporting the Alexander-Murray bill unless the bill comes with explicit protections against abortion funding.

As of now, twenty-four Senate Republicans and Democrats have sponsored the bill. The Alexander-Murray bill represents a betrayal from elected leaders who were put in place to enact the wishes of their constituents, McClusky believes and warns that a vote for the bill could affect future races.

“The House has passed some good stuff. They’re doing their jobs and they tend to work four to five days a week whereas the Senate’s not,” McClusky told TheDCNF. “So if the Senate sticks them with this bill and they pass it, I think even those who don’t vote for it will be affected in their races. This is not why people sent them to Washington, D.C., especially for the pro-life members. The House should do whatever it can to make sure this bill does not pass unless it has pro-life protections in it.”

Some of the major sponsors of the bill recognize the Alexander-Murray bill funds abortion, but argue there are ways to stop that.

Alexander doesn’t think it is true that billions would go to fund abortions, but noted previously that was something President Donald Trump could address if correct.

Another co-sponsor, Sen. Joni Ernst of Iowa, said she would work to make sure Hyde Amendment protections are added to the bill moving forward.

McClusky’s group is working to call offices in the Senate and House to get representatives to stop the bill.

“We’re trying to talk to offices both on the House and the Senate side to oppose the bill. We’re glad to see that President Trump came out against the bill,” McClusky told TheDCNF. “I don’t see how they can get this passed without the pro-life community and right now, they don’t have the pro-life community.”