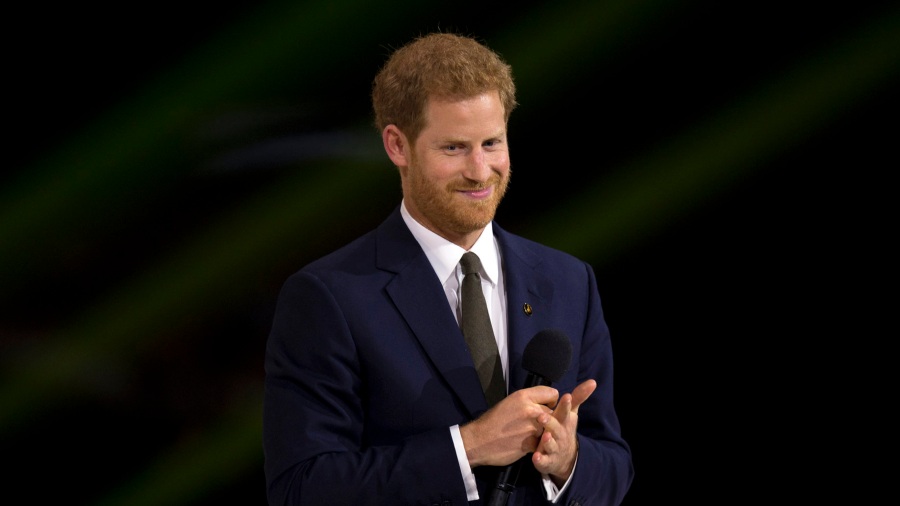 Prince Harry seems to have been born with few talents aside from putting his foot in his mouth.

Recently, he took to Dax Shepard’s podcast “Armchair Expert” to put this talent on display, erm, give an interview. During the conversation, Harry called the First Amendment “bonkers” while simultaneously admitting he just couldn’t quite wrap his head around its 45 words.

I’ve got so much I want to say about the First Amendment as I sort of understand it, but it is bonkers. I don’t want to start going down the First Amendment route because that’s a huge subject and one which I don’t understand because I’ve only been here a short time. But, you can find a loophole in anything. You can capitalize or exploit what’s not said rather than uphold what is said.

Harry’s remarks have of course ruffled the feathers of Americans, many of whom have pointed out the country fought a war to make sure the opinions of the British monarchy would never again have any bearing on our country or our laws.

This is why we had the Revolutionary War…https://t.co/Fb2YVeHqvn

For Prince Harry to condemn the USA's First Amendment shows he has lost the plot. Soon he will not be wanted on either side of the pond.

“Better to remain silent and be thought a fool than to speak and remove all doubt.” (Lincoln or Twain or someone smarter than Prince Harry.) https://t.co/CNs6syGB1t

To be fair, the ex-monarch lost his mother, Princess Diana, in a media-involved incident. The press notoriously stalked her every move for years, and she ultimately died in a car wreck after being chased through the streets of Paris by paparazzi. Harry’s wife has also frequently found herself the subject of the tabloids and is no darling of the press, frequently incurring disparaging headlines and invasive, embarrassing stories.

Given these factors, it is somewhat understandable (though nonetheless inexcusable) that Harry may take issue with a constitutional amendment that protects a free press. England, where free expression is deemed a “qualified right,” has much stricter laws on the books, which earned it a dismal 40th place on the World Press Freedom Index in 2018.

A Dangerous Belief Among the Ruling Class

But it’s important to note that Harry took aim at the entirety of the First Amendment and not just the components that protect the press. His comments reveal a dangerous belief found all too often among the ruling class — that the language of everyday people should be restrained to their liking. And make no mistake, this sentiment is found among American leaders as well — though few are daft enough to say they dislike the First Amendment in an interview. Instead, they attack free speech with their policies.

Senator Elizabeth Warren (D, MA) recently threatened to break Amazon up so their account could not send her what she labeled “snotty tweets.”

I didn’t write the loopholes you exploit, @amazon – your armies of lawyers and lobbyists did. But you bet I’ll fight to make you pay your fair share. And fight your union-busting. And fight to break up Big Tech so you’re not powerful enough to heckle senators with snotty tweets. https://t.co/3vCAI93MST

Confused About the First Amendment

On the Republican side of the aisle, Florida GOP members passed a law that would fine private social media companies should they remove political candidates from their platforms. And Senator Josh Hawley (R, MO) has made defeating the free speech of private tech companies his number one priority, frequently working to overturn Section 230 and suggesting “breaking up the companies” should be on the table.

These politicians don’t have to say they hate free speech, in fact they often use it as a guise to push their anti-civil liberties views under, but their policies tell you everything you need to know.

And our political leaders are not necessarily out on a political limb; increasingly the American public does not understand or fully support free speech either. A 2020 Gallup/Knight Foundation poll found that 56 percent of Americans believe in the right to freely express views on social media — meaning 44 percent of those polled…don’t. This is a sharp decline from only one year prior.

Ask an American if they support free speech and it’s unlikely you’ll be told no. But the application of the principle seems to be where we lose people.

The Founders Were Clear

While Prince Harry, some Senators, and the American people may be confused about the First Amendment, the founders were not. They saw free speech and a free press as so essential to our system that they were the first civil liberties enshrined in the Constitution.

No experiment can be more interesting than that we are now trying, and which we trust will end in establishing the fact that man may be governed by reason and truth. Our first object should therefore be to leave open to him all the avenues to truth. The most effectual hitherto found is the freedom of the press. It is, therefore, the first shut up by those who fear the investigation of their actions.

In those wretched countries where a man cannot call his tongue his own, he can scarce call anything his own. Whoever would overthrow the liberty of a nation must begin by subduing the freeness of speech; a thing terrible to public traitors.

They did not mince words, and for good reason. It is important to remember that historically, and in many places around the world today, people have been jailed for speaking out against their rulers or publishing ideas deemed controversial.

The Founders wrote the Constitution not long after Voltaire, a French Enlightenment writer, was forced to flee France for publishing works that criticized the monarchy without the approval of the royal censor. Similarly, the French philosopher Denis Diderot was imprisoned in 1749 for his opinions in Philosophical Thoughts.

Without a free press and free speech the people have no way to investigate and hold their leaders accountable. It is no wonder that princes and politicians dislike the First Amendment as it is one of the few things keeping them in check and putting people on a more equal playing field.

While the Constitution has frequently failed to restrain our government and uphold natural rights as it was intended to, a cursory comparison of the US and England shows our laws have done the better job of the two. (With some notable exceptions.)

The US may occasionally see private companies kick users off their platforms, an action most would consider a down side of private organizations exercising their freedom to draw their own boundaries on free speech. But in the UK, people are arrested for their social media posts and for showing vulgar dog tricks. It shouldn’t be hard to pick the better scenario between the two.

Prince Harry loves to spout off about the monarchy, often taking to the airwaves to demean his own family members. One would think he’d appreciate a key provision of the Constitution that ensures average citizens have the same ability — to criticize our own government without fear of government retaliation.