How elites have turned us into moral cynics. 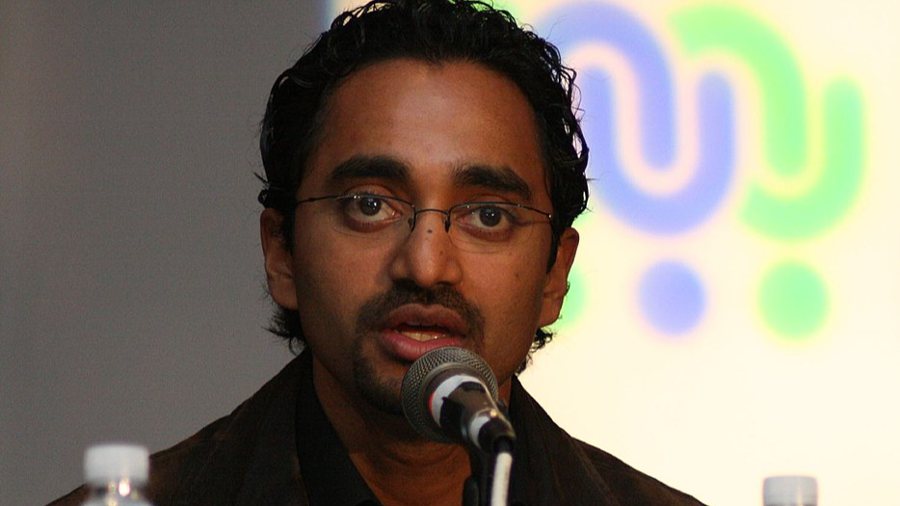 It’s so hard to care about people’s suffering when you’re busy worshipping money and power, as we’re reminded almost daily.

This is the age of high-handed hypocrisy, of pretending to be the most caring and empathetic person since Mother Teresa, of sending out glowing bat-signals of your virtue across the social media landscape.

And now, as a result, I’m completely cynical about almost all public moral posturing, so thanks for that.

You may have seen the other day where the venture capitalist billionaire part-owner of the Golden State Warriors said on a podcast that “nobody cares about the Uyghurs” in China. He was at least speaking for himself. He said he has lots of other concerns that outrank the Uyghur issue — like climate change and the supply chain.

Elites can say what they want. They can pretend to care and hail themselves as paragons of empathy for others. But we don’t have to believe them.

The interview didn’t get any better from there, as the Sri Lankan-born Chamath Palihapitiya went on to say that the Chinese Communist Party isn’t really a “dictatorship” per se, and really the U.S. is basically just as bad so who are we to judge, right?

Since you’ve seen this movie, you know that he had to walk it back and to issue a standard “sorry, not sorry” faux apology in which he now sees how he “came across as lacking empathy.”

If you wonder what might make a successful American CEO beclown and besmirch himself as a virtual state-media mouthpiece for the CCP, it’s not complicated. It’s an oldie and still not a goodie. It’s the almighty dollar. There is no equivalent “almighty moral principle” that can compete with it in our post-Christian culture.

The reason Palihapitiya’s soul is for sale is the same reason Ray Dalio, another billionaire and manager of the largest hedge fund, recently praised China while defending his investments there and downplaying their human rights abuses as the actions of a “strict parent.”

It’s also the reason LeBron James and others in the NBA are reluctant to say a negative word about events in China. The one exception to this seems to be Enes Kanter of the Boston Celtics, a Turkish-born Muslim-American who has been vocal about China’s abuses in Hong Kong and against the Uyghurs.

It’s the same for Hollywood and massive companies like Nike. What all of them have in common is that they rake in oceans of cash from the Chinese market. It’s so much money, and they are all so addicted to it, that they simply don’t care if upward of a million Muslims are forced into labor camps.

Being morally indifferent to people’s suffering is one thing. Trying to convince us all that you’re still a super-virtuous person is another. This is the source of our cynicism today. Elites go on and on about how much they care about people. We just don’t believe them, and here’s why:

Claim: “I’m very concerned about Islamophobia. How dare you mention a terrorist’s religious affiliation or suggest the need to vet carefully people coming into the U.S. from radicalized places it the world?”

Reality: You don’t care about the egregious, near-genocidal human rights abuses of an entire population of Chinese Muslims, recognized and condemned by numerous governments, including our own.

Claim: “I care deeply about Mexican migrants. I’m so offended that we would build a wall on our border.”

Reality: You lose no sleep over the trafficking and sex-slavery of countless Mexicans, the murders by Cartel members, the river drownings and heat-deaths in the desert during the government-mismanaged border crisis of the last year.

Claim: “I’m an advocate of women’s rights. I’ll fight for unrestricted abortion and the ‘Me Too’ movement because I care so much about women.”

Reality: The brutal re-establishment of barbaric, misogynistic Taliban treatment of millions of women didn’t move the needle much for you. It was our own government’s disastrous actions that condemned a vast population of girls to chattel property status and regular sexual victimization. No marches were organized for them.

Claim: “I bravely talk about America’s history with slavery and read all of the CRT books. I won’t look away from injustice because I’m on the right side of history.”

Reality: You’re probably not even aware that possibly as many as three-quarters of a million poor Africans are presently enslaved today, mostly by Arab Muslim slave traders. And now that you are, I wonder if matters to you at all.

I could go on. Today, when the “important” people want things — like money, power, or votes — they play upon the moral sensibilities of society by pretending to care. Ever since way back when Bill Clinton bit his lip and said “I feel your pain,” this has been effective. But it’s a cynical play, a calculated gesture. It’s purely performative.

Once in a while, someone gives away the game. Recently when New York City passed a law allowing non-citizens to vote in their elections, one councilwoman disputed the action. Her reason? Polls have started showing immigrants increasingly voting more Republican. It turns out politicians love to pretend they are pro- “whoever is likely to vote for us.”

The billionaire from the Bay area similarly said “the quiet part” out loud, confirming the pessimistic assessment I made long ago. Elites can say what they want. They never have to bear the suffering that their policies or decisions inflict on the rest of us. They can pretend to care and hail themselves as paragons of empathy for others. But we don’t have to believe them. And we shouldn’t.

Clint Roberts has spent many years teaching courses in philosophy, ethics, and religion for various universities, including the University of Oklahoma and Southern Nazarene University. Article originally published at How to Read a News Story. Reprinted with permission.