The President’s Promises, Made and Kept 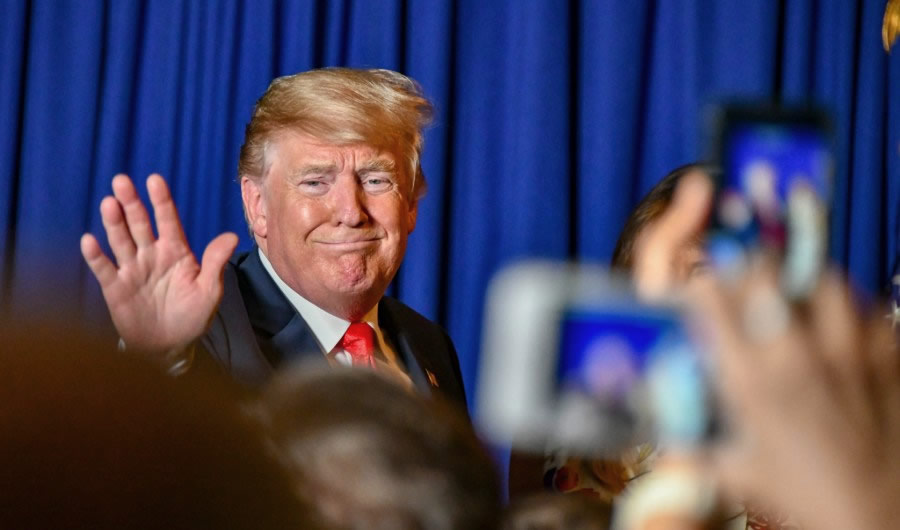 During the 2016 election, President Trump made plenty of campaign promises, as does any candidate. But this president has done what his predecessors often fail to do: He has kept his promises.

Perhaps the president’s most important accomplishment so far is his restoration of the judicial branch — a big reason many otherwise wary voters supported him in 2016. You probably already know about his two appointees to the Supreme Court, Neil Gorsuch and Brett Kavanaugh. These justices are poised to make sure that the Constitution isn’t a rubber stamp for progressive policy preferences but a document whose meaning endures over time. But those justices are only the beginning. The Senate has confirmed more than one hundred judges to lower court positions in both the United States Circuit Courts and the Federal Court of Appeals.

Good Trade Policies and Getting Out of a Bad Deal

Of course, refreshing our third branch of government isn’t the only success Trump has under his belt. We shouldn’t forget the phenomenal trade policies Trump has instituted, nor the agreements he’s renegotiating. Trump has revised NAFTA and implemented the United States-Mexico-Canada Agreement. It’s a better trade deal that strengthens America’s job-creating ability. President Trump has also renegotiated trade agreements with South Korea to protect American companies.

And while previous presidents have talked tough on China, Trump is backing his talk up with action. This administration has made aggressive moves to stop the trade abuses we suffer from China and finally level the playing field. Trump just raised the tariffs on China from 10 percent to 25 percent, a measure that will curb our trade deficit with the communist nation. Thanks to these measures, the U.S. trade deficit fell to an eight-month low in February.

The controversial Paris Accords weren’t technically an economic agreement, but President Obama’s decision to sign on with this environmental agreement — a treaty in all but name — would have had serious economic repercussions. The accords are supposed to keep the global rise of temperature under 2 degrees Celsius, in part by participating nations pledging $100 billion a year to developing countries. But at what cost?

The Heritage Foundation projected that the Accords would reduce the GDP $2.5 trillion by 2035. That is a high price to pay for very little promise of success in green energy and environmental restoration. Some of the chief polluters in the world are India and China. Yet they would not have suffered under the same rigid sanctions as the United States if we signed the Paris Accords. President Trump was wise to get us out of this bad deal.

In the meantime, he teamed up with the GOP-controlled Congress to give a great deal to American taxpayers in the form of sweeping tax cuts. There was a vicious campaign by the left to smear the tax cuts, but even The New York Times had to admit that Americans of all income levels kept more of their hard-earned cash last year. For example, CBS News reports that there are now one million more job openings than unemployed persons. This growth and hiring ability are thanks to more money being available for businesses.

We can expect him to keep more promises in the years ahead.

The Trump Administration and Republican leaders in the House and Senate should be congratulated for their accomplishments so far. Though of course, there is plenty more work to be done. Consider the courts: despite the enormous success of the Trump administration to this point, there are still 159 current and known future vacancies. President Trump has already nominated 59 individuals to fill those seats, and the Senate should be working around the clock to make sure all their nominees are confirmed, despite the obstruction coming from the left.

And make no mistake: Democrats will find new ways to obstruct, even with their dreams of collusion and obstruction being dissolved with the Mueller Report. President Trump didn’t let that distraction block his promises to restore the judiciary, put America first, and rejuvenate the economy — and we can expect him to keep more promises in the years ahead.