But to maintain the gains in the judicial system, Republicans must win the Senate run-offs in Georgia. 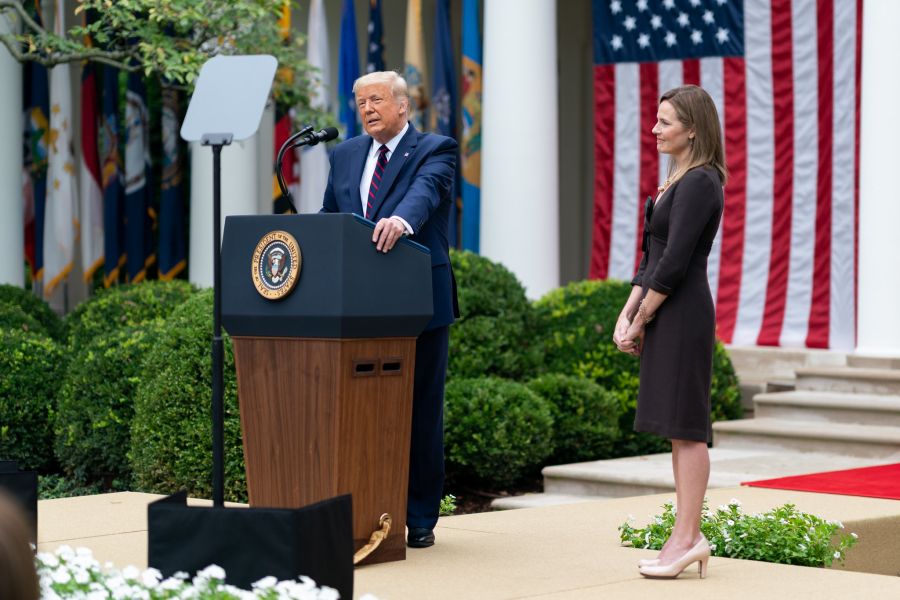 I know many Trump supporters are angry at the courts for turning away lawsuits alleging vote fraud. Believe me, I share the feeling. But if you want things to get exponentially worse, then let the Democrats win the Georgia runoffs and gain control of the Senate, taking away the Republicans’ ability to block court stacking and any judicial nominees that a President Biden would put forth. Biden has made it clear he would appoint nothing but leftist activist judges who think their gavels are magic wands that grant them super powers.

Appointing conservative judges to undo tyrannical liberal judicial activism was one of Donald Trump’s key campaign promises in 2016, and it’s one that he’s certainly kept. As of December 20th, the Senate has confirmed three Trump-appointed Supreme Court Justices, 54 appeals court judges, 174 district court judges and 21 judges for Article I courts, such as the US Tax Court and the Court of Appeals for Veterans’ Claims.

In choosing his nominees, Trump sought input from conservative legal groups such as the Heritage Foundation and the Federalist Society. This insured judges who respect the Constitution and don’t view it as a “living document,” a euphemism for “it means whatever the judge wants it to mean,” which renders it meaningless. It also means judges who understand that laws are to be written by the people’s elected representatives, not unaccountable lifetime appointees in black robes.

The appointment of Supreme Court Justice Amy Coney Barrett is already showing dividends. With Chief Justice John Roberts’ swinging door vote relegated to the liberal minority, there’s now a real 5-4 conservative majority. That allowed the Court to smack down New York Gov. Andrew Cuomo’s blatant discrimination against places of worship in coronavirus restrictions. That decision is already reverberating throughout blue states that for too long have been crushing the First Amendment rights to freedom of worship and assembly.

Whatever happens in this election, those Trump appointees will act as a bulwark to protect the Constitution for years to come. That may turn out to be the most important wall Trump built.

The only thing that can overcome it is if Biden fills the courts with even more leftist activists. If Republicans don’t hold the Senate, he would have no incentive to choose judges who can be confirmed by Republicans. Worse, Sen. Chuck Schumer has already vowed to do away with the filibuster and expand the Supreme Court and stack it with leftist activists who have the same attitude toward the Constitution as most of us have toward a roll of Charmin.

If you care about protecting the individual rights and limits on government power enshrined in the Constitution, then run, don’t walk, to vote Republican in the Georgia runoffs (if you live there!). And remember, you’re not doing it just for yourselves. These lifetime appointments will stretch for generations, so you’re also doing it to protect the rights of your children, their children and your children’s children’s children.