President Biden and Isaiah 6: It’s Not Really About ‘Here Am I, Send Me’ 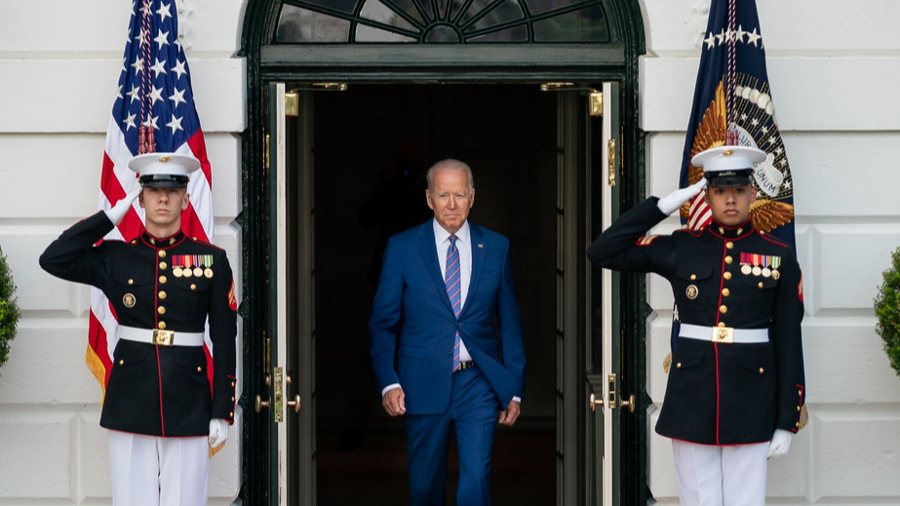 By John Stonestreet Published on September 1, 2021 •

President Biden certainly isn’t the first president to misquote Scripture for political ends, only the most recent. Last week, in a speech responding to the terrorist attack on the airport in Kabul, Biden quoted from Isaiah 6:8, when the prophet answered the Lord’s call by saying, “Here am, I send me!”

It was odd. It was out of place. And, it was inappropriate. Even worse than blurring the line between America and the Kingdom of God, the president used Holy Scripture to deflect from his own responsibility for this disaster.

God’s status remains unchanged. Even the most chaotic cultural moment does not alter the rule and reign of Christ Jesus.

To be clear, the president was not wrong to honor and recognize the service and self-sacrifice of our military. And it’s completely appropriate for members of our armed services, as many surely do, to see their military service as service to the Lord. For believers, every calling, if legitimate and done unto the Lord, is sacred. But how we carry out those callings or — as in this case — how we order others to carry out theirs — is on us, not God.

A Misuse of Scripture

In this misuse of Scripture, President Biden joined a long line of presidents (especially the previous two) who have done the same. In the misuse of this particular Scripture, he joined plenty of pastors, Bible teachers, and other Christians. I’ve lost count of the number of mission conferences I’ve attended in which the words, “Here am I, send me,” were plucked from the middle of Isaiah 6, printed on banners, and hung around the church.

Though the intent of encouraging people to offer their lives in service to God is certainly noble, to miss the full context of this story is to miss the true significance of Isaiah’s famous words. It also neglects certain details contained in this story that make it particularly relevant for us in this cultural moment.

The True Significance of Isaiah’s Words

The context here is the death of King Uzziah, which was a national crisis. Not only had Uzziah reigned over the kingdom of Judah for 52 years, he had been (mostly) one of their few good kings. When God allowed Isaiah (who may have been a cousin of Uzziah) to see Him in the midst of this national crisis, the message is clear: even if the earthly king is dead, the True King of the nation and the universe is not. God’s status remains unchanged. Even the most chaotic cultural moment does not alter the rule and reign of Christ Jesus. We would do well to remember that, too.

Also, when read in light of the previous few verses, it’s clear that Isaiah’s answer was not so much courageous or heroic as it was grateful (and maybe a little fearful). In other words, the significance lies not so much in what Isaiah said as it does in what God did.

Immediately after Isaiah saw the Lord, he cries out, “Woe is me!” This could be very roughly translated as, “uh-oh… I’m dead meat.” The passage describes the central feature of God’s presence as holiness. Isaiah is not special. He’s a sinner like the rest of us and, as such, cannot survive in the presence of God’s perfection.

In a scene near the end of The Last Battle, the final book of The Chronicles of Narnia series, a soldier who had spent his life serving the false god Tash encounters Aslan. Sure of his impending death, he thinks to himself, “Nevertheless, it is better to see the Lion and die than to be Tisroc of the world and live and not to have seen him.”

Isaiah’s response is similar here. And like the Calormene soldier, Isaiah’s prediction of his own impending ruin is thwarted by mercy. Despite bringing his unclean lips into God’s presence, he is spared when God orders that coals from the altar touch his lips, cleansing him from his impurity. Even a prophet can have a dirty mouth, but it is only because of God’s mercy that we are not consumed.

Now, thinking his life was over only to have it spared by God, how else could Isaiah respond to God’s question, “Whom shall I send, and who will go for us?”

God Called Isaiah on a Mission of Failure

A final detail too often missed, especially when we fail to read the verses after Isaiah’s response, is what God has called Isaiah to do.

In a word, God is sending Isaiah to fail. Isaiah is a prophet. His entire job is to speak for God. Yet, he is told that the more he speaks for God, the less the people will listen. The more he speaks, the harder their hearts will grow.

Isaiah responds to this bad news by asking a question of his own (a good one, in fact): “How long, O Lord?” Isaiah may have been asking for some degree of assurance that, eventually, they would listen. Like any committed communicator, he wants to know he is being heard.

“Until cities lie waste
without inhabitant,
and houses without people,
and the land is a desolate waste,
and the Lord removes people far away,
and the forsaken places are many in the midst of the land.”

In other words, Isaiah is told that his audience will never listen. Not until it’s over for Judah. Their next chapter isn’t repentance, it’s captivity. The only hope God offers is in His final words, a far-off promise of the Holy Seed, a new beginning.

Success is Defined by Faithfulness

“For us there is only the trying,” said T.S. Eliot. “The rest is none of our business.” Any good result of any work, when done unto and for the Lord, is up to God. In a biblical framework, success is defined by faithfulness. Nothing more, nothing less.

In Hebrews 11, the “hall of faith” passage, Isaiah makes a cameo appearance. It’s near the end of the chapter, after the author admits to running out of time. In his list of the faithful, he shifts from names to deeds, of miracles and victories and, without breaking stride, of sufferings and defeats. There, the author includes among the faithful those “[who] were sawn in two.” Gory.

According to Jewish tradition, Isaiah spoke as was commanded. The people, as predicted, eventually became so enraged by his words, they stuffed him into a hollow log and sawed him in half. Still, the author of Hebrews counts him among those “of whom the world was not worthy.”

I can’t imagine a better epithet. Nor do I know of truths more vital to sustaining Christians in this cultural moment than that the King of the universe still reigns, that God is merciful to forgive our sins, and that we are to leave the results of our labors up to God.

That’s why it’s such a shame when Isaiah’s words are yanked out of context, whether by pastors or by presidents.